Glowing in the Winter Light 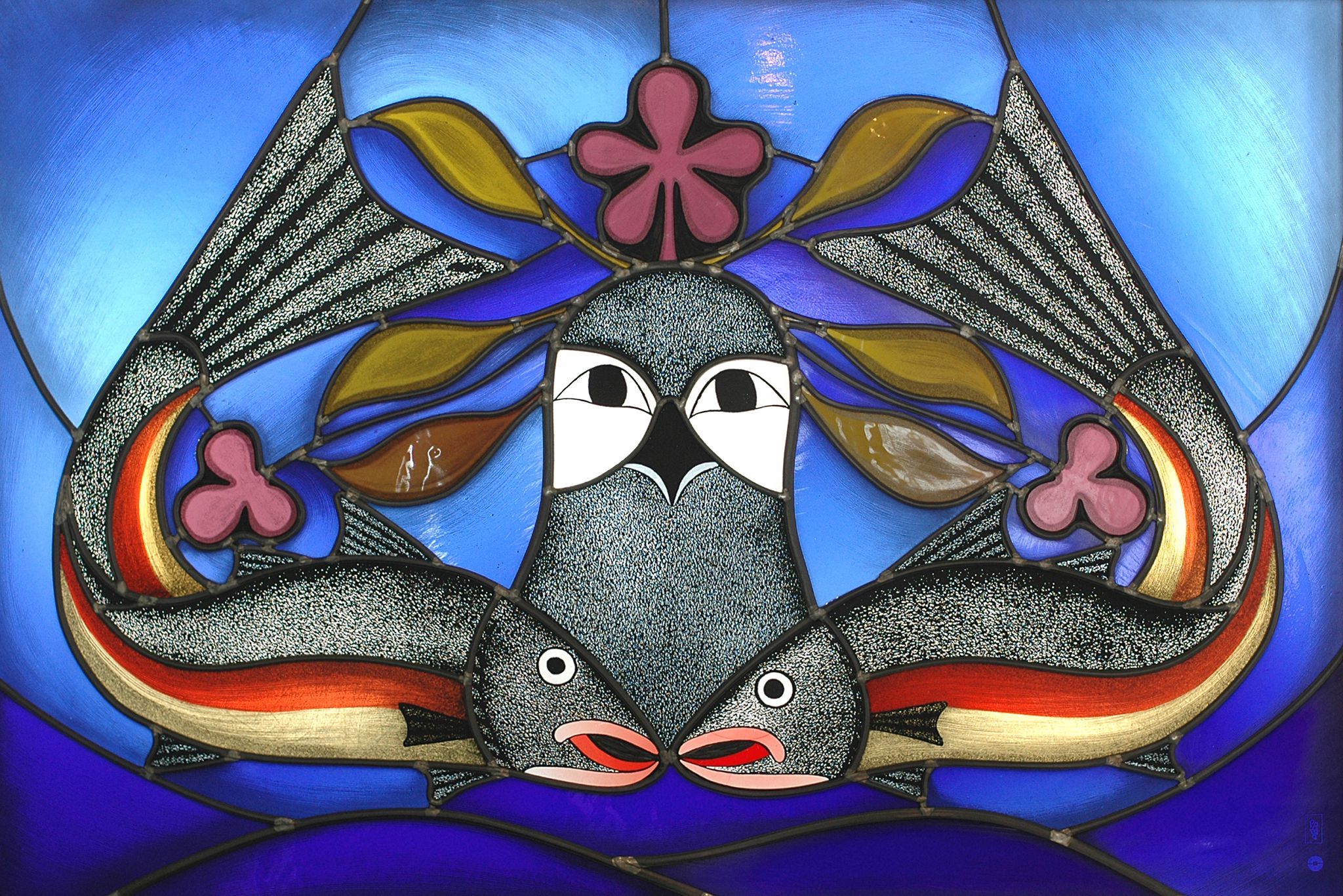 Feheley Fine Arts is pleased to present a selection of stained glass works, recently re-released from the Kinngait Studio archives. Made between 2005-2009, these fine works of colourful glass take the bold graphic images of Kinngait’s foremost artists, and translate them into a beautifully delicate art form. Glowing in the Winter Light features works by artists Kenojuak Ashevak (1927–2013), Arnaqu Ashevak (1956–2009), Ohotaq Mikkigak (1936–2014), Kananginak Pootoogook (1935–2010), Kakulu Saggiaktok (1940–2020), and Qavavau Manumie (b. 1958) .

The introduction of stained glass to the Kinngait Studios began in 2004, when Kenojuak Ashevak was commissioned to create a monumental window design for Appleby College in Oakville, Ontario. The project marked Ashevak as the first Inuk artist to design for the medium. Over the course of several months, she proceeded to work closely with stained glass artists Sue Obata and Norbert Sattler to realize her visionary design in glass. The extraordinary final window image, featuring an owl and fish embellished with Ashevak’s signature floral and elongated feather motifs, is now installed in the John Bell Chapel at Appleby College.

Ashevak’s initial commission sparked interest at the Kinngait Studios to create designs for smaller scale stained glass works. In the two years after, notable studio artists including Ningiukulu Teevee, Qavavau Manumie, Kananginak Pootoogook, Kakulu Saggiaktok, Arnaqu Ashevak, Ohotaq Mikkigak, and Ashevak herself pursued the art of glass, working collaboratively with the renowned Sattler’s Stained Glass Studio in Nova Scotia. Ashevak was particularly taken by the medium—as a master colourist herself, she was enamored by the potential for colouristic expression through glass.

The glass works in Glowing in the Winter Light were originally produced in editions of no more than twelve. The images were created using a screen print method to translate the artist’s image onto glass, and the colour variations were added through inserts of a very thin coloured glass. The final results: stunningly luminous works of art. The larger-scale leaded stained glass piece Owl and Fish (2006) by Kenojuak Ashevak was a special commission by Feheley Fine Arts in 2006, originally meant as an edition of twelve, but only six, excluding proofs, were ever produced.