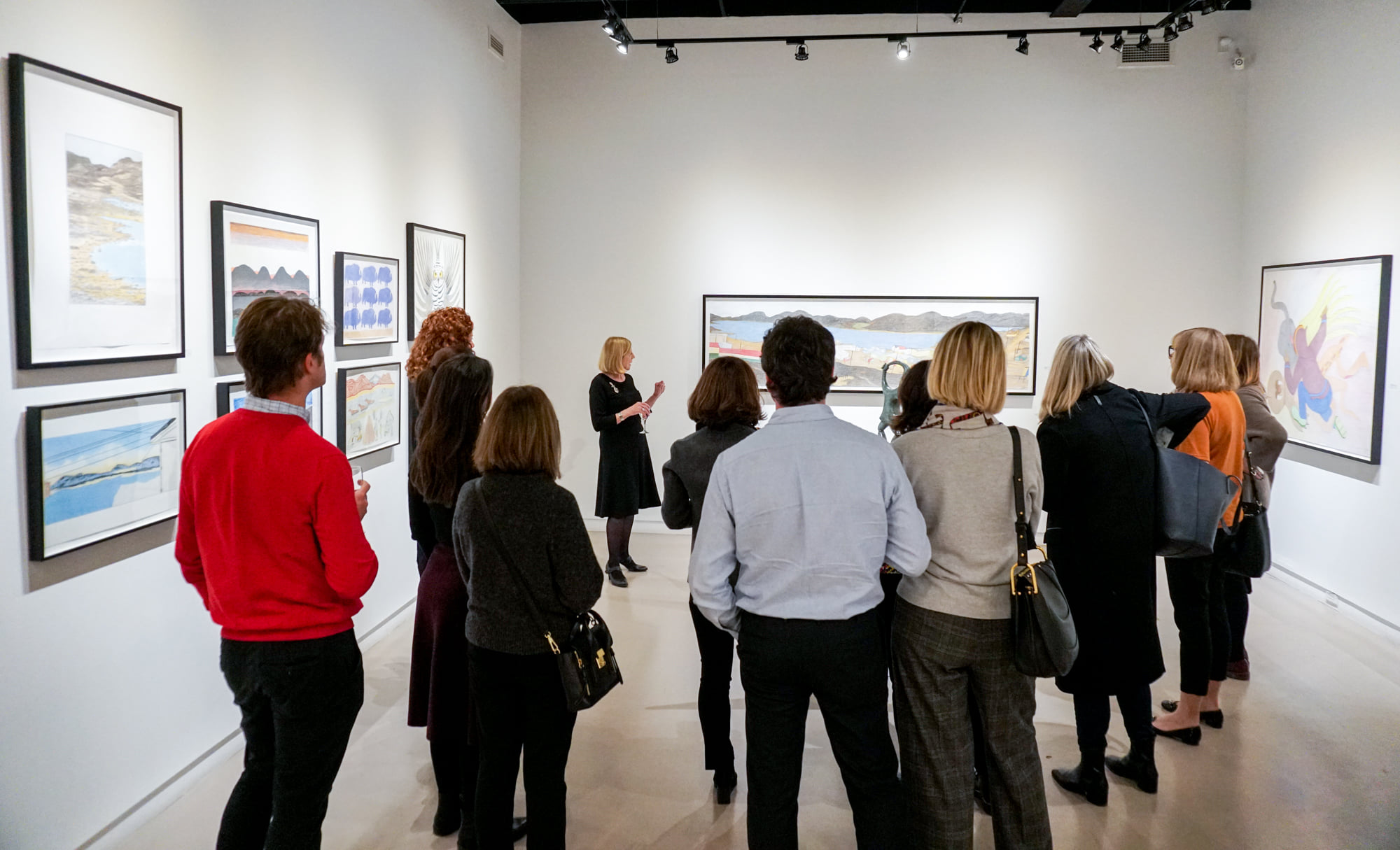 This month, Feheley Fine Arts was thrilled to host patrons of the Toronto Biennial for an art talk centred around printmaking in Cape Dorset. To set the scene, Pat began the talk in Centre Space in front of Shuvinai Ashoona’s monumental drawing of Kinngait showing audience members where Canada’s longest continually running printmaking studio is located.

An overview of Cape Dorset printmaking from 1959 to the present ensued. Moving on to Kenojuak Ashevak’s first-ever print Rabbit Eating Seaweed from the inaugural print collection, Pat busted a famous myth about the early prints. “You’ll see that it says ‘seal skin stencil’ on the bottom—that was solely for marketing. Sealskin actually wasn’t optimal for making stencils because it would slide around the paper.”

Pat proceeded to bring the patrons through printmaking decade by decade, starting from the 1960’s through to the 2010’s. As part of our 60/60 show, the gallery had framed four exceptional Cape Dorset prints per decade to trace the developments in technique and style over 60 years. This gave our group an excellent and rare opportunity to see for themselves how printmaking has changed over the years, with Pat filling in the historical facts and offering personal anecdotes about the many key artists whose works grace the gallery walls.

The Toronto Biennial is also host to a number of Inuit art exhibitions at their 259 Lakeshore Boulevard East location. Catch works by Inuit artists Qavavau Manumie, Napachie Pootoogook, Nick Sikkuark, and the Embassy of Imagination until December 1, 2019.