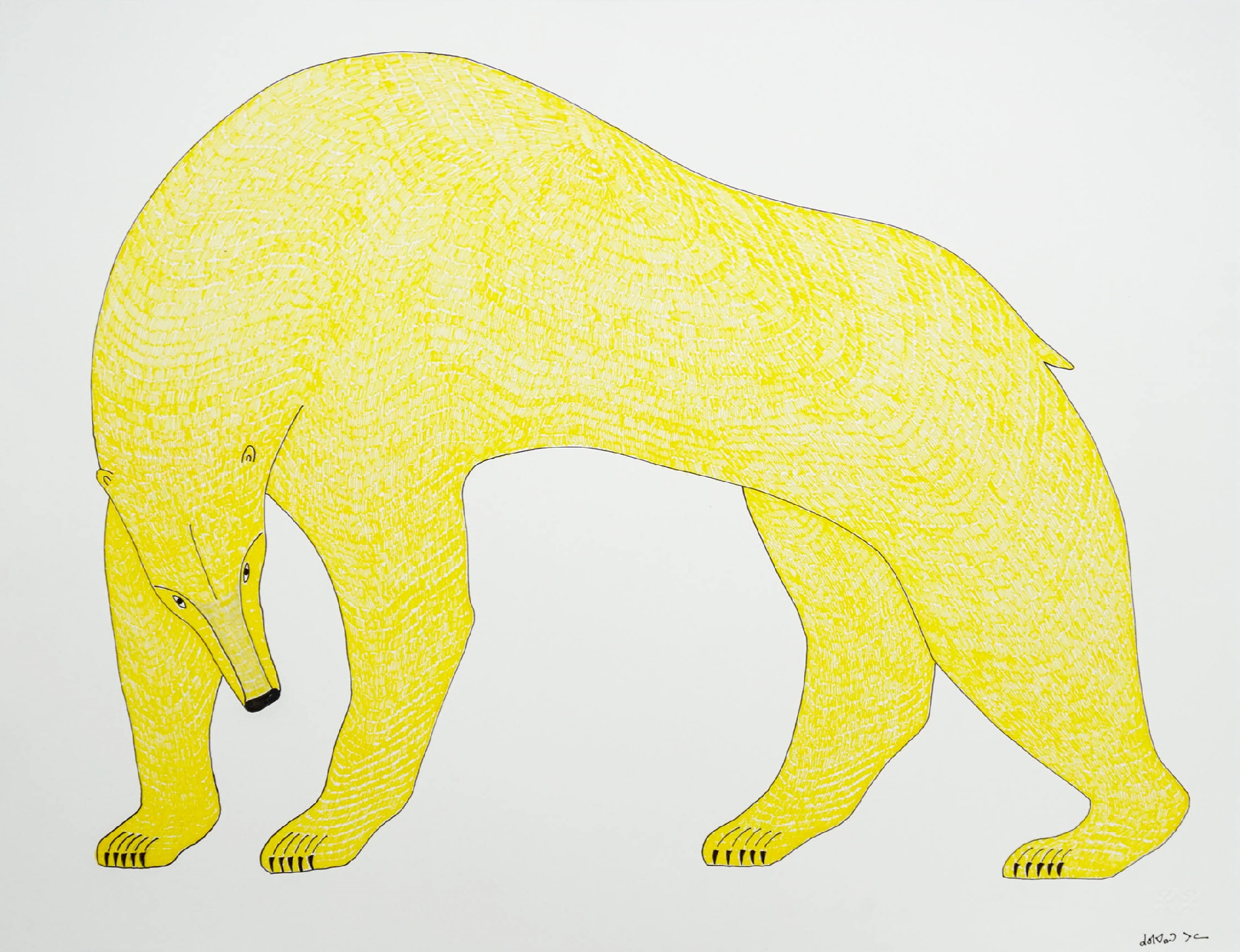 Feheley Fine Arts is proud to present newcomer to Kinngait Studios, Quvianaqtuk Pudlat (b. 1956). Although Pudlat has created sculptures in the past, he is now focused on graphic arts; he has successfully been featured in the 2017 and 2018 Cape Dorset Print Release. We are pleased to showcase a curated selection of his impressive drawings in Quvianaqtuk Pudlat: Drawings.

Pudlat is a naturalist. As a keen observer of nature and a hunter, he intimately understands the physical characteristics, the musculature of movement and behaviours of Arctic wildlife. Additionally, he frequently watches nature films and TV documentary shows about animals to expand his knowledge. COMPOSITION (INQUISITIVE BEAR) speaks to his specific experience with a polar bear who leisurely walked towards him. There was a sense of respect as they watched each other for some time until the bear eventually left. Meanwhile, COMPOSITION (RUTTING SEASON) represents a study of the behaviour of male caribou during rutting season in the autumn. At the center of the drawing, two caribou crash their strong antlers together asserting each other’s dominance, while in the background, two other caribou are depicted in different stances of action.

During the spring, Pudlat travels to his cabin with his wife twenty-five miles away from Kinngait. Within the remote area, they spend time fishing and bird watching. These experiences are reflected in works such as COMPOSITION (LOON) and COMPOSITION (BLACK GUILLEMOT) where they spend time by the islands, nesting inside the crevices of rocks.

Quvianaqtuk Pudlat shows tremendous potential as a graphic artist. Through his distinct drawing style and his attention to anatomy and behaviour of animals, Pudlat follows the footsteps of artists such as Kananginak Pootoogook and Tim Pitsiulak.