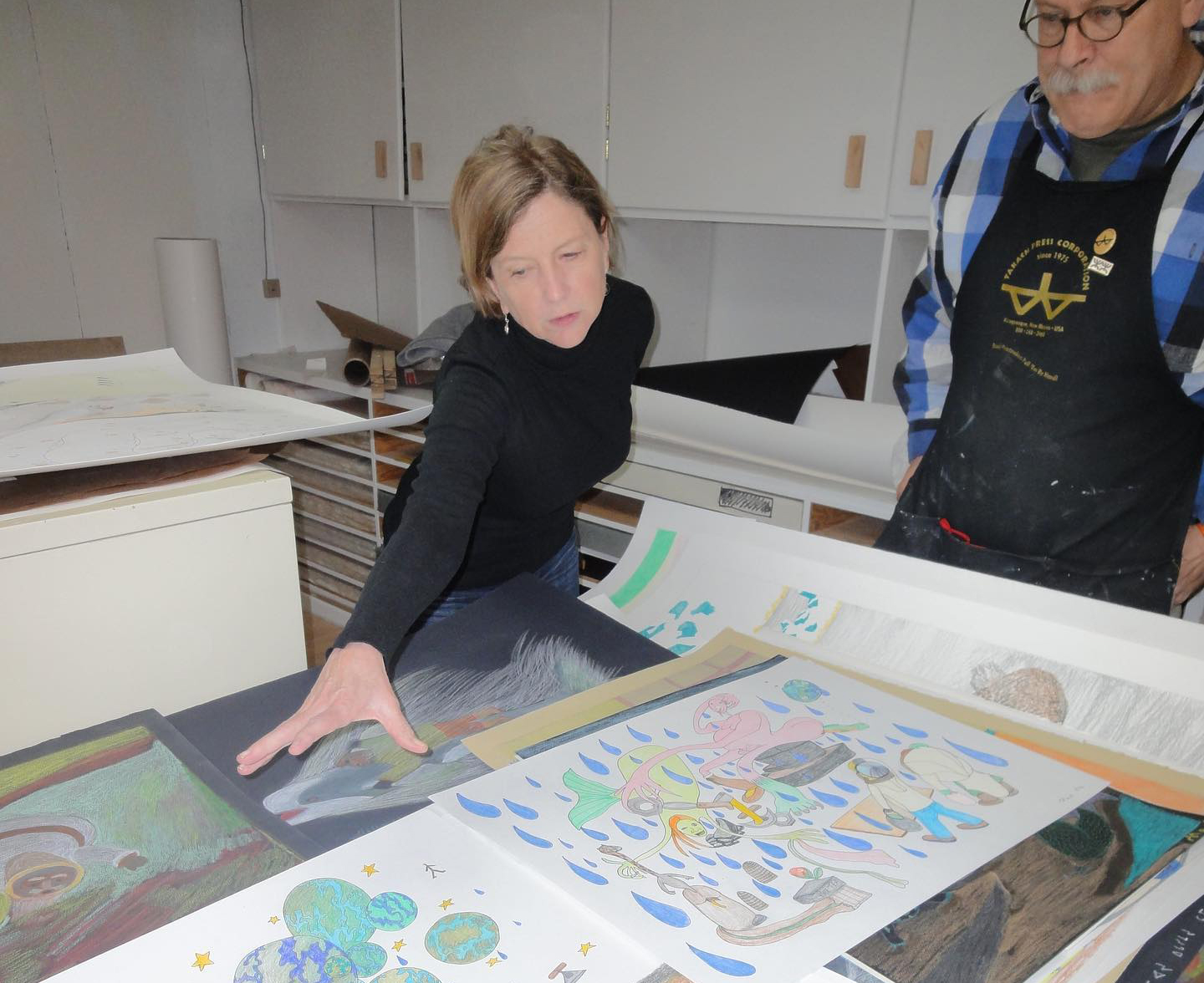 In December 2021 we were thrilled to announce Patricia Feheley, C.M. as a new appointee to the Order of Canada – one of the country’s highest civilian honours. Pat was recognized for her long-standing contributions to the Canadian art scene, particularly her promotion of Inuit art and culture.

Pat has been involved with Inuit art since childhood. She visited Kinngait, Nunavut, for the first time in 1969, and since then has travelled extensively throughout the Arctic on a continuous basis. Throughout the years Pat has absorbed a deep first-hand knowledge of contemporary arts in Inuit communities, developing many long-standing relationships with artists along the way.

Since establishing Feheley Fine Arts in 1992, Pat’s mission as Director has been to promote contemporary Inuit art and artists to national and international audiences. She has championed the works of many of Canada’s best-known artists including Shuvinai Ashoona, Annie Pootoogook, and Tim Pitsiulak, and continues to support a new generation of artists based all over the country. Pat has organized major exhibitions of Inuit art both within Canada and abroad and has published widely on the subject, with essays appearing in various catalogues and the Inuit Art Quarterly.

Today, Pat continues to advocate for contemporary Inuit artists and promote artwork excellence through Feheley Fine Arts. She also has an active presence in the broader art world, presently serving on the Canadian Cultural Properties Export Review Board and President of the Art Dealers Association of Canada (ADAC) Foundation. Pat was also Past President of the ADAC and was a Director on the Inuit Art Foundation Board from 2012-2019.