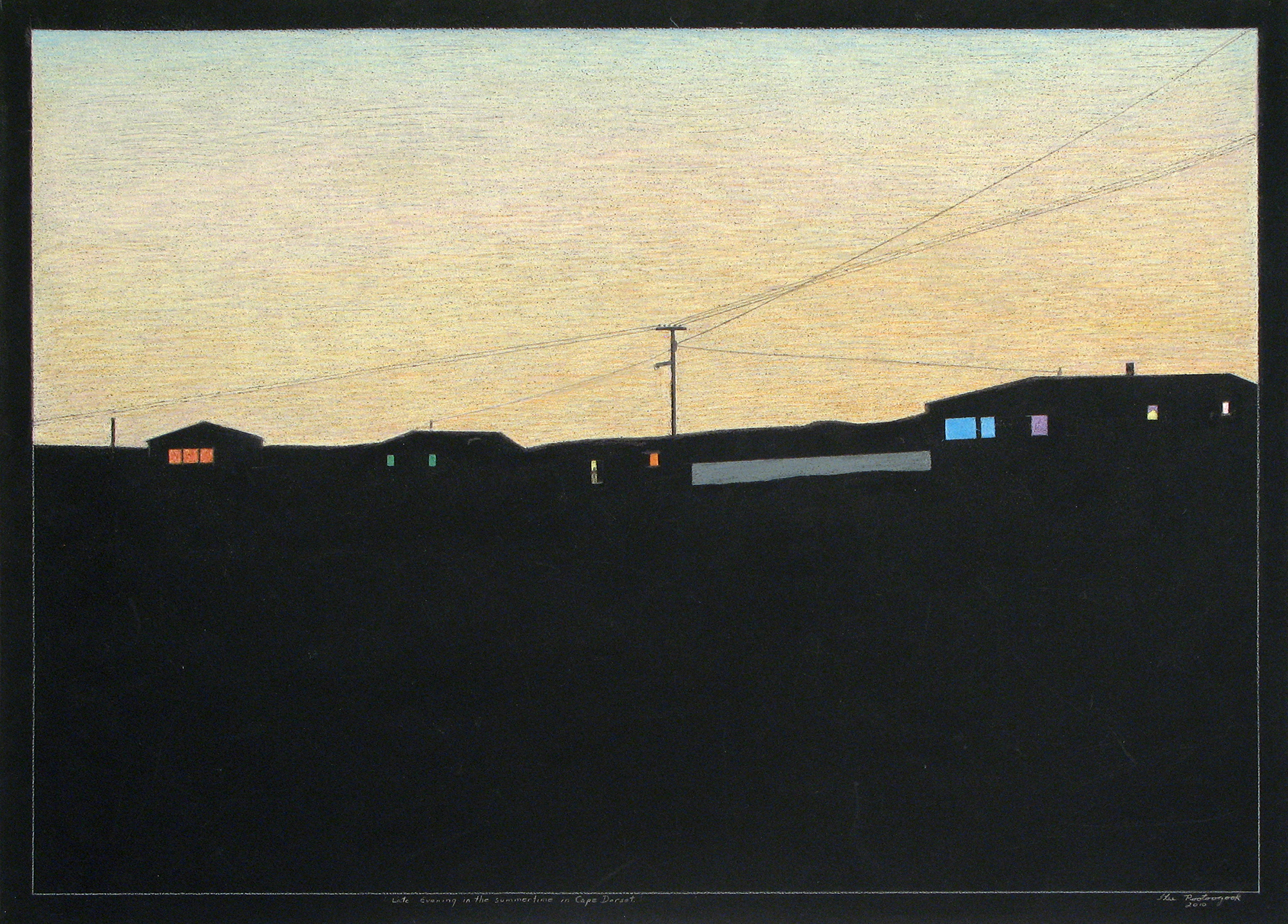 It was with great sadness that we learned of the passing of Inuit artist and our dear friend, Itee Pootoogook.

He died in Iqaluit on Tuesday, March 18th, 2014 at the age of 63 after a long struggle with cancer. He will be dearly missed.

Pootoogook was born in Kimmirut (formerly Lake Harbour) on southern Baffin Island in 1951, and moved to Kinngait (Cape Dorset) at a young age. The son of artists Ishuhungitok and Paulassie Pootoogook, Itee Pootoogook began his life as an artist in the 1970s, primarily working in sculpture and photography. While attending the Nunavut Arctic College from 2000 to 2002, Pootoogook expanded his artistic practice by working in drawing and printmaking. In 2013, Pootoogook was the first Inuit artist to have a solo exhibition at the Contemporary Art Gallery in Vancouver, British Columbia. His multidisciplinary renderings of contemporary buildings and scenes of life in the North are treasured internationally.

Throughout his career, Pootoogook has been included in countless solo and group exhibitions in both Canada and the United States. His work is held in the collection of the National Art Gallery in Ottawa and the Art Gallery of Ontario in Toronto.

Pootoogook’s legacy as a renowned and innovative artist will continue to live on for years to come.

Our thoughts are with his family and community during this difficult time.