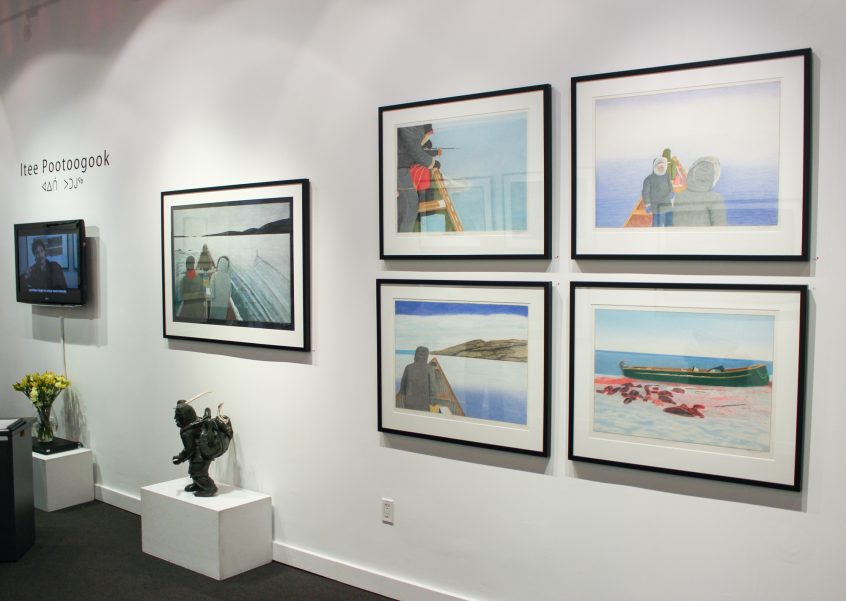 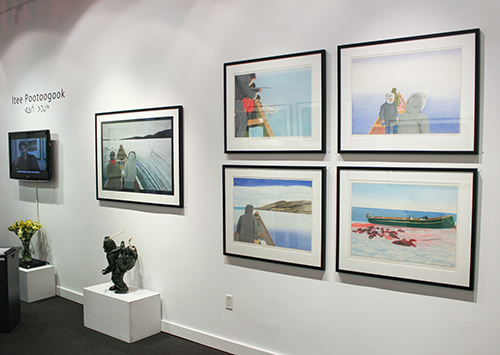 Feheley Fine Arts is proud to host Toronto’s return of artist Itee Pootoogook with his most recent solo exhibition, “Itee’s Kinngait“. The exhibition directly relates to the Cape Dorset region where Itee resides, and it is evident that the northern landscape and his local community significantly influenced his bright and colourful drawings.

Itee Pootoogook has a long history with Feheley Fine Arts, since 2008 when he was first introduced to theToronto art scene at the Toronto International Art Fair. Feheley Fine Arts gave the artist his first solo show in 2010, entitled “Itee Pootoogook: An Arctic Lens.” He has since been featured in “Inuit Modern: The Samuel and Esther Sarick Collection” at the Art Gallery of Ontario in 2011, in “Slow Sight” at the MacLaren Art Centre in 2012, and in “Sakahan” at the National Gallery of Canada in 2013.

At Art Toronto in 2012, Itee received the prestigious award of purchase from the Art Gallery of Ontario for his large-scale drawing in ink and coloured pencil, ‘The Water Tank,’ presented in the Feheley Fine Art Booth.

Itee Pootoogook’s drawings can also be found in the permanent collections of the National Gallery of Canada, the Contemporary Art Gallery of Vancouver, the Senvest Collection of Canadian Art, BMO Financial Group, and the TD Financial Bank Group.

“Itee’s Kinngait” will be featured at Feheley Fine Arts until October 19th, 2013. An excellent essay by Sandra Dyck, Director of the Carleton University Art Gallery, appears in the fully illustrated catalogue.