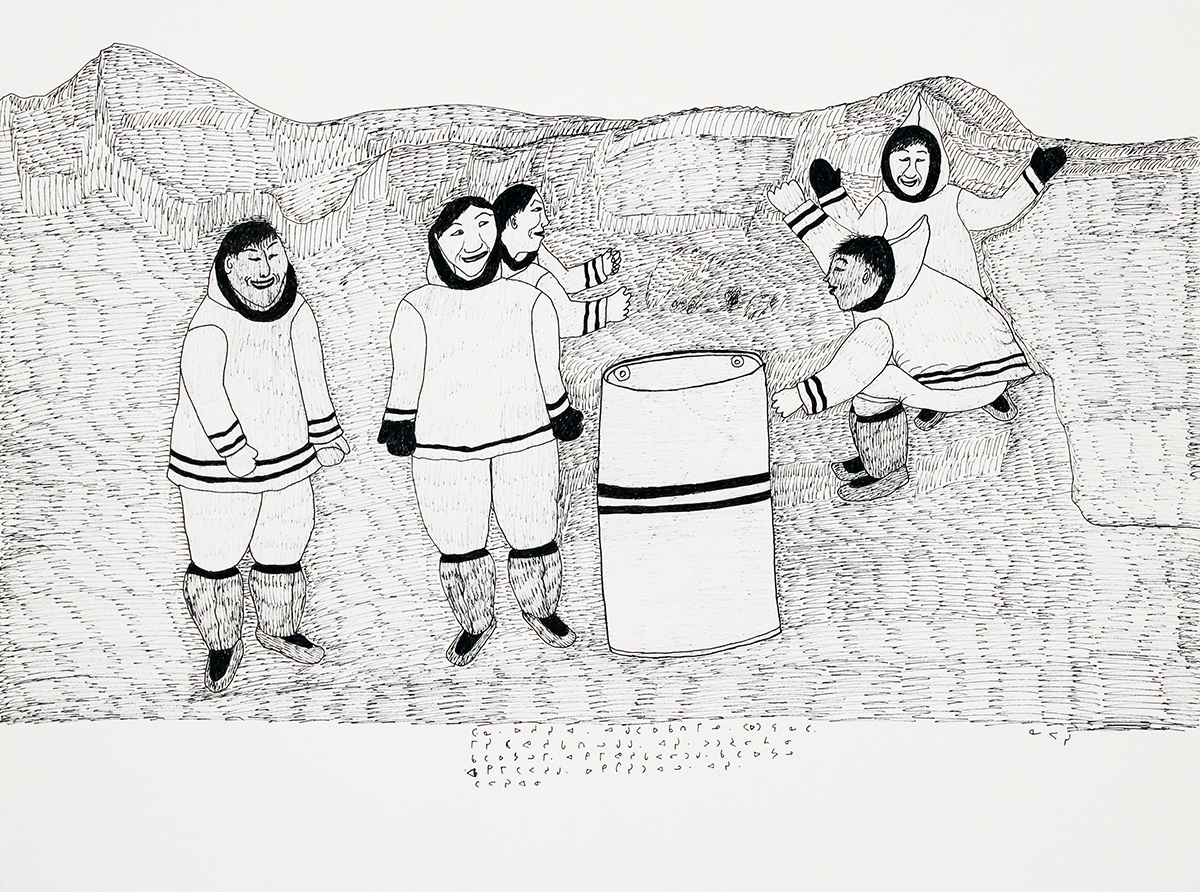 These are the final drawings of Napachie Pootoogook (1938 – 2002). They are part of a larger body of work that was first exhibited at the Winnipeg Art Gallery (WAG) in the spring of 2004, and the following year at the National Gallery of Canada. This exhibition, True North, marks the 10th anniversary of the Winnipeg opening. It is a fitting occasion to take another look at this seminal collection, particularly in light of the vast changes in contemporary Inuit art over the past decade.

The Winnipeg exhibition and accompanying catalogue was reviewed by archeologist and art historian, Jane Sproull Thomson, in the academic journal, Canadian Ethnic Studies. The opening sentence reads: “The curators of a recent exhibition of Napachie Pootoogook’s final drawings might have been forgiven if they had second thoughts about publishing this material.” [1]

We didn’t have second thoughts. On the contrary, when I first showed the drawings to Darlene Coward Wight, curator of Inuit Art at the WAG, she was immediately intrigued. In both composition and subject matter, nothing like these drawings had ever been seen before. They presented a view of Inuit life on the land that was, as Thomson went on to observe, “far removed from the familiar, tourist-friendly Arctic.” They illustrated real events and real people, incorporating into each drawing a section of syllabic text to explain the circumstances and the people depicted. They were honest, authentic and intensely personal.

We did not know then how prescient Napachie’s example would be, although Thomson speculated that Napachie “offered contemporary Northern artists an opportunity to break free of the idealized and sanitized version of their lives which has been literally carved in stone since the birth of the contemporary art period in the 1950’s.” In the ten years hence, Napachie’s daughter, Annie, her niece, Shuvinai, and many others have done just that. In so doing they have transformed the face of contemporary Inuit art. Napachie noted in our last interview that her children and grandchildren were amazed by her drawings. “They ask questions and I tell them the stories,” she said. “There is so much that happened to me and to people I have known or heard about; it is almost overwhelming. There is so much that people know.” [2] 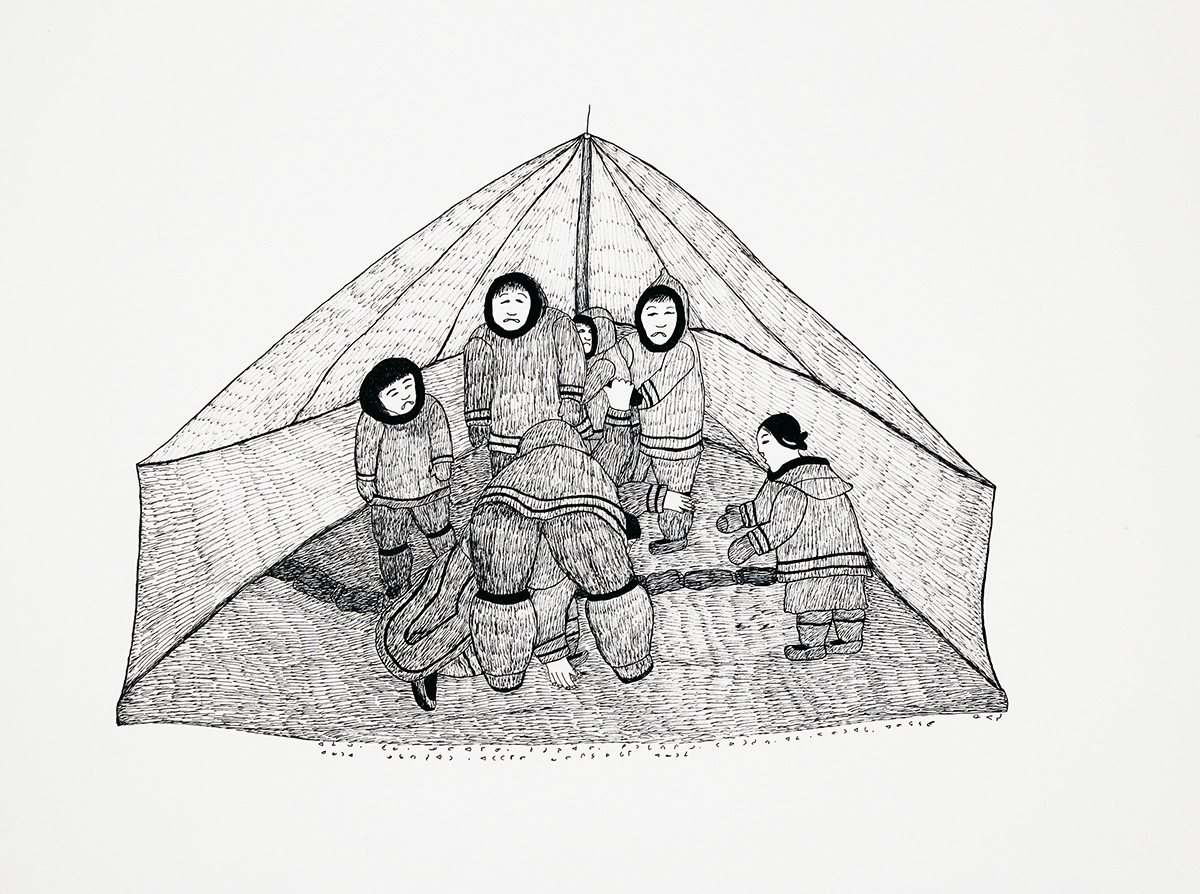 Women’s Work
Napachie’s drawings opened up a whole new window on the world of Inuit women. Arranged marriages were still customary in her generation, but as these drawings illustrate, the reality looked more like abduction. The fear and sometimes violent resistance is palpable in the women’s postures and expressions. Women were also expected to submit to beatings and other indignities, like being traded for material goods. Napachie often reflected on the role of women in our personal interviews, and she believed that there was not enough respect for who and what women were. She countered this cultural prejudice by representing women not solely as defenseless victims but as competent and co-operative partners, productive in their work and playful in their leisure time. She also depicted women in more unconventional roles – Christian preachers, for instance, and even as shamans.