What’s the difference between “Inuit” and “Eskimo?” 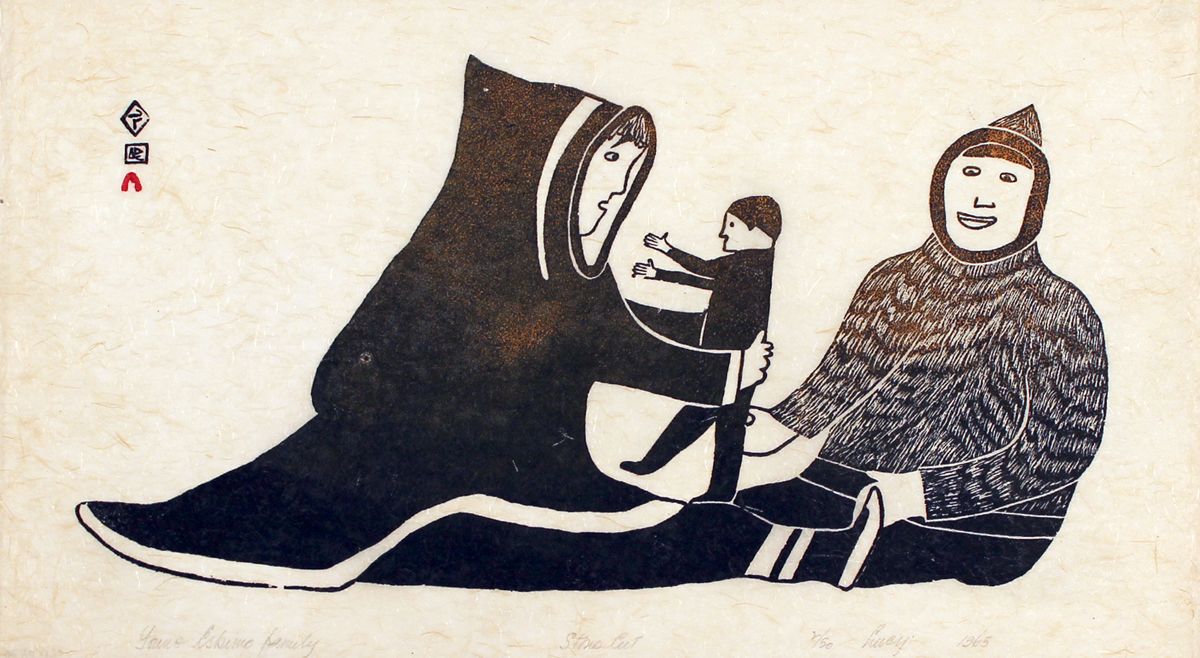 You’ve likely heard the name “Eskimo” used to refer to Inuit and their culture, whether by your grandparents, parents, or maybe even a friend who grew up outside of Canada. It’s a term that has been out of date since 1980 when the name “Inuit” (meaning “people” in Inuktitut) was recognized by the Inuit Circumpolar Council (ICC) to denote Inuit groups across the circumpolar region (Canada, Greenland, USA, and Russia). Today, “Eskimo” is considered a pejorative term. Here’s a brief history explaining why.

The etymology of “Eskimo”

According to Inuk author and translator Mini Aodla Freeman, the term “Eskimo” came from another Indigenous language in Canada: Cree. In Cree, the word is “escheemau” which roughly means “eaters of raw meat.” Freeman explains the word developed after the Cree first encountered Inuit and found them eating raw meat—a way of life the Inuit proudly continue on until this day. [1]

Another theory is that the word has an Innu-aimun origin, a language spoken by the Labrador and Northern Quebec-based Innu. This word is “awassimew/ayassimew” which means, roughly, “one who laces snowshoes.” Originally it may have been used by the Innu to describe the Mi’kmaq and later transferred to the Inuit. Over time, this word too developed into “eater of raw meat” as in Ojibwa (similar to Cree), the prefix “ashk” can mean raw or fresh. The French later translated the word to “esquimaux” which made its way into English use. [2]

Why “Eskimo” is pejorative

Using “Eskimo” today is considered pejorative or derogatory simply because “eater of raw meat” is not how Inuit choose to refer to themselves, and they never did. The word is an exonym—a name given to a group by another group—and its continued use can perpetuate harmful stereotypes. [3] As Mini Aodla Freeman has written: “To me the word ‘Eskimo’ does not mean anything. […] Inuit differentiated themselves from the animals of nature, not other races.” [4]

The name “Inuit,” however, comes directly from the Inuktitut language and is the preferred term of the Inuit. In 1977, a group of Inuit delegates from across the circumpolar region met in Alaska for the first Inuit Circumpolar Conference. There, they discussed Inuit rights and self-determination. The ICC proceeded to adopt the term “Inuit” to designate all Inuit within the circumpolar region, thereby rejecting the use of “Eskimo.” This is stated in the ICC charter, signed in 1980. [5] To continue to refer to Inuit as “Eskimo” can be viewed as disrespectful toward Inuit self-determination.

Today you may see “Eskimo” used here and there for few reasons. One is when referring to the name as used within its historical context. For example, early prints like Kiakshuk’s Eskimo Woman with Fox Trap (1961) and Lucy Qinnuayuak’s Young Eskimo Family (1965) were titled before the term was acknowledged as derogatory. You may also find that many Eskimo art history books and  Eskimo painting catalogues published before 1980 are, naturally, filled with the word. Some key texts have updated their terminology in revised editions, like George Swinton’s seminal 1972 book “Sculpture of the Eskimo,” re-titled “Sculpture of the Inuit” in the 1992 reprint.

In contemporary Eskimo artwork, some Inuit artists have used the word “Eskimo” in their art as an act of subversion. Nunatsiavut artist Mark Igloliorte, for example, created a video piece titled Eskimo Roll (2017). In it, Igloliorte films himself capsizing in a kayak, an Inuit invention, using the technique of his Inuit ancestors. Through this act, Igloliorte re-asserts the original function of the kayak before it was appropriated by non-Inuit for recreational sport, using the title term “Eskimo” as a tongue-and-cheek nod to the non-Inuit exonym. Through artistic licence, Igloliorte brings the word and its derogatory power into question.

In Alaska, “Eskimo” is still considered by some as an accepted term to refer to the Yupik. According to the Alaska Native Language Centre (ANLC), Alaskans/Yupik accept “Eskimo” over “Inuit” as the latter is not a word in their language. To the Yupik, “Inuit” refers only to the Inupiat of northern Alaska, the Inuit of Canada, and the Kalaallit of Greenland.