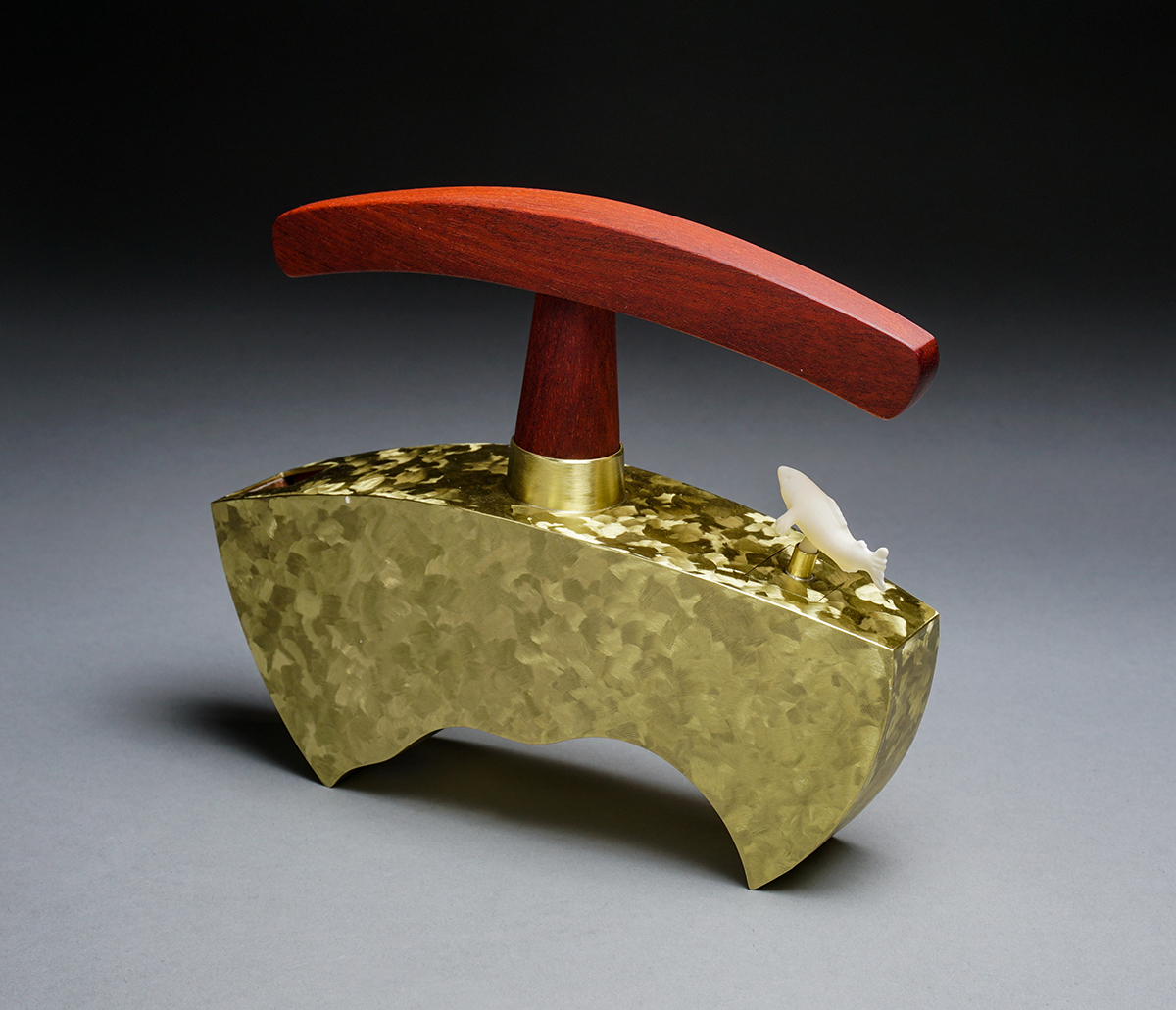 Feheley Fine Arts is thrilled to announce the exclusive representation of Michael Massie, after many successful years with Spirit Wrestler Gallery in Vancouver.

This Happy Valley-Goose Bay NL mixed-media artist works from his base in the Town of Stephenville on the west coast of Newfoundland. An incredible silversmith, Massie has achieved international renown for his inventive sculptural works that skillfully combine a range of elements including metal, stone, bone, wood and textiles to create works that are highly original – and unlike anything else in the world of Inuit art. Massie matches technical intricacy with an underlying sense of playfulness often drawing on symbols and materials from his Inuit, Métis, and Scottish heritages.

While Massie has produced a wide variety of pieces, he is best known for his distinctive teapots with their often pun-based titles, such as “may-tea” – this one a reference to being Métis. Massie’s work is found in such prestigious collections as the National Gallery of Canada, the Royal Ontario Museum, the Heard Museum, Museum of Anthropology at UBC, the Winnipeg Art Gallery, The Smithsonian, the National Museum of the American Indian, the AGO and The Rooms in St. John’s.

Massie has enjoyed widespread recognition and has been awarded Order of Canada and the designation as a Member of the Royal Canadian Academy of Arts.

We were delighted to host Massie at Art Toronto 2019 where many longtime fans of his work had the chance to meet the artist in person. His personality is as joyful as his art. A warm welcome from everyone at Feheley Fine Arts and Massie’s followers around the globe.