Ulukhaktok – ready for its revival. 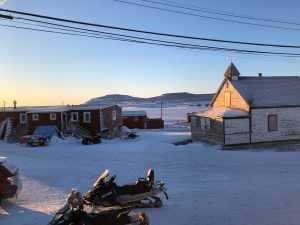 We flew into Ulukhaktok  with a mixture of excitement and uncertainty. What were we going to find in this small, isolated Inuit settlement in the northwestern part of the Canadian Arctic? What awaited us in Ulukhaktok?

Known then as Holman Island, Ulukhatok used to be a thriving printmaking centre from the early 1960s through till 2001 when the studio was shuttered due to cuts in government funding. So what remained of this studio – and more importantly, what remained of the artistic community that used to rival such storied centres as Cape Dorset (Kingait)?

We had plenty of time to reflect on what we would find in Ulukhatok, as we flew to Edmonton and then Yellowknife before finally embarking on the two-hour flight north, after a delay in Edmonton had almost caused us to miss our twice-weekly flight. Joining me on this journey were my colleagues RJ Ramrattan, Alysa Procida and Heather Igloliorte, as part of this Canada Council for the Arts funded reconnaissance.

We all had knowledge of what this settlement could produce, after seeing hundreds of vintage drawings by Ulukhatok’s master printmakers that had been unearthed when the studio’s vaults were opened just two years ago. This treasure trove of art had filled us with anticipation about what we’d find in this picturesque hamlet. We arrived with a digitized and catalogued archive of this artwork that would serve as a record of this community’s prodigious artistic output. But we weren’t here for posterity; our mission was to test the waters for a full-fledged revival of Ulukhatok’s artistic roots.

The reception awaiting us far outstripped our wildest expectations. The printmaking studio was eerily intact, with used stone blocks, lithograph stones and stencils visible all around the studio as if everyone had simply left for lunch. Almost 60 years ago, printmaking had begun in makeshift facilities under the umbrella of the Holman Eskimo Cooperative. A sophisticated Art Centre was eventually constructed and it would become the envy of many Inuit communities with its rooms for carving equipped with ventilation and drills. The printing studio would eventually incorporate facilities not just for stencil, stonecut and woodcut prints, but also for etching and lithography. In addition, a sewing room was equipped with machines for spinning and knitting Qiviut (muskox fur) and for printing silkscreen on fabric. There were also working areas for sewing, beading and making jewelry.

The sewing studio is the only area still active today, used for the production of Qiviut scarves and hats.    A small retail area continues to sell sculpture and crafts brought in by members of the community. While the dust and disarray make the Art Centre feel like a relic, the reality is the studios could be made operational practically overnight. 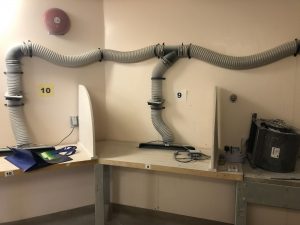 A larger question remained: what was left of the artistic community? The answer was unequivocal: this tightly knit group of artists overwhelmingly embraced the idea of bringing the Art Centre back to life.

While about a quarter of the approximately 400 people in the community are artists, we knew this revival would only work if they were fully committed to the process. To determine their level of interest, we held a series of meetings and individual interviews with a wide variety of artists, both young and old.  The response was stunning – not only did they want to bring back printmaking but they also wanted to return to a time when the Art Centre hosted a bustling, collegial group of artists who enjoyed the energy of working together. And they weren’t just interested in producing prints; they were also enthusiastic about drawing, carving, textiles and sealskin designs.

The artists were truly thoughtful about their work and what it meant to them. Several talked about the importance of involving the younger generation who were already inspired by the images the community had created in the past. One sculptor, who was eager to learn stonecut printing, suggested that younger members of the community could be employed to bring in the flat limestone blocks from the quarry – they could even bring back group quarrying. He realized the economic benefits that would accompany a revitalized Art Centre.

Several of the artists who had been involved in the studios when they were still being used told us of their willingness to teach a new generation of artists the complicated etching, engraving, silkscreen, woodcut and stonecut printing techniques. We also discussed introducing different media such as photography.

My take on the prospects of this revival are wholly positive: this is a community of artists who really want to work and to restore the market for their art and they are eager to engage a younger generation for their shared artistic and economic benefit. The facility already has the space and equipment required to turn this potential into reality.

I will never forget the extraordinary warmth of the people of Ulukhatok. They were so welcoming and so willing to share their stories and thoughts. On the last day, one of the women called and said that they were going to do a drum dance for us – and they did.   The elders were seated in chairs, while fresh bannock was passed around during the performance. The drum was passed around by everyone from  elders to teenagers while the women sang. As quickly as they assembled, they went back to work, home or school.

This is a community still very much tied to its traditional roots despite its contemporary lifestyle.  I cannot think of a better combination for visual inspiration. I am convinced that we will be seeing a new chapter in the history Ulukhatok’s art in years to come. 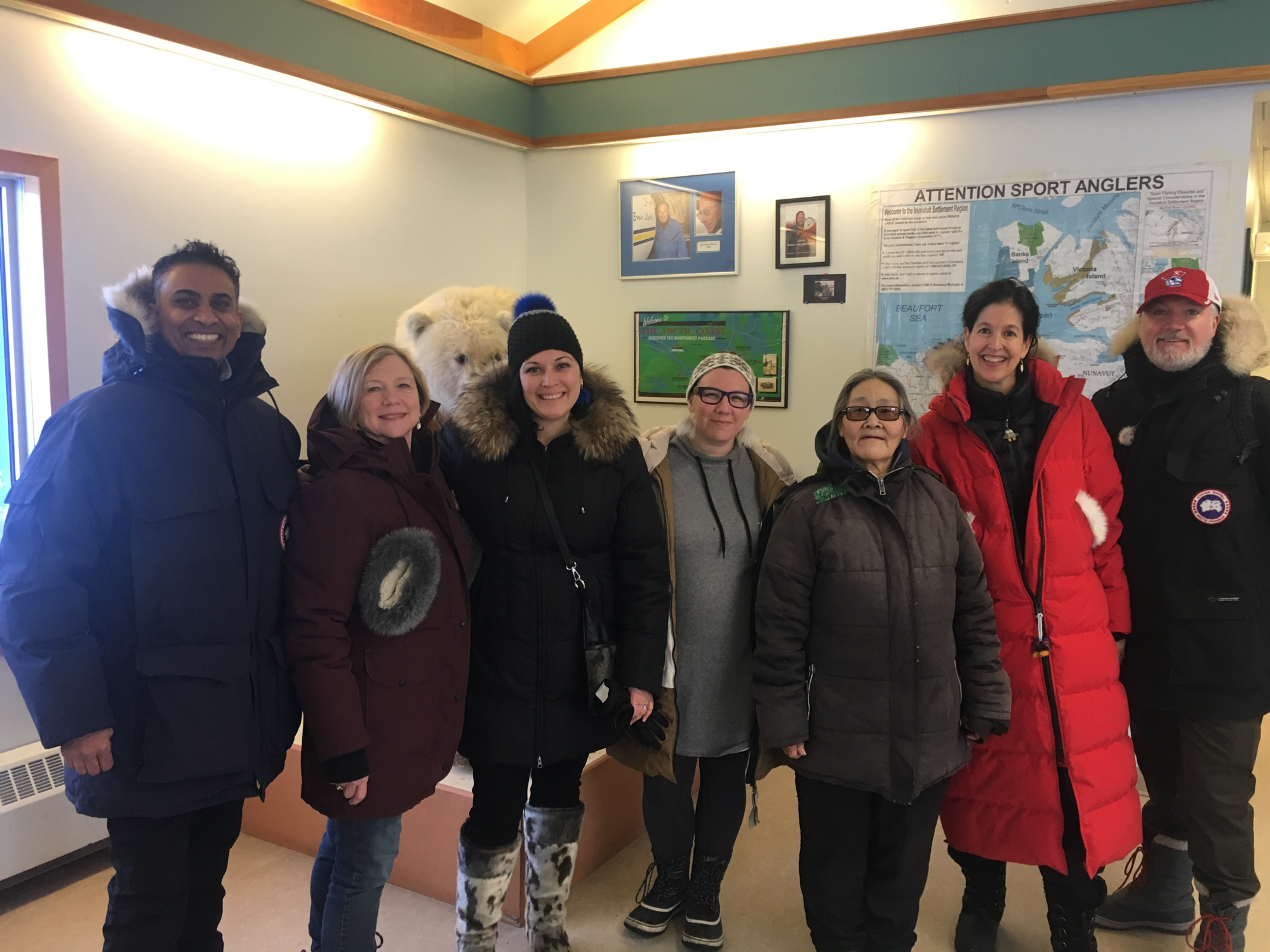 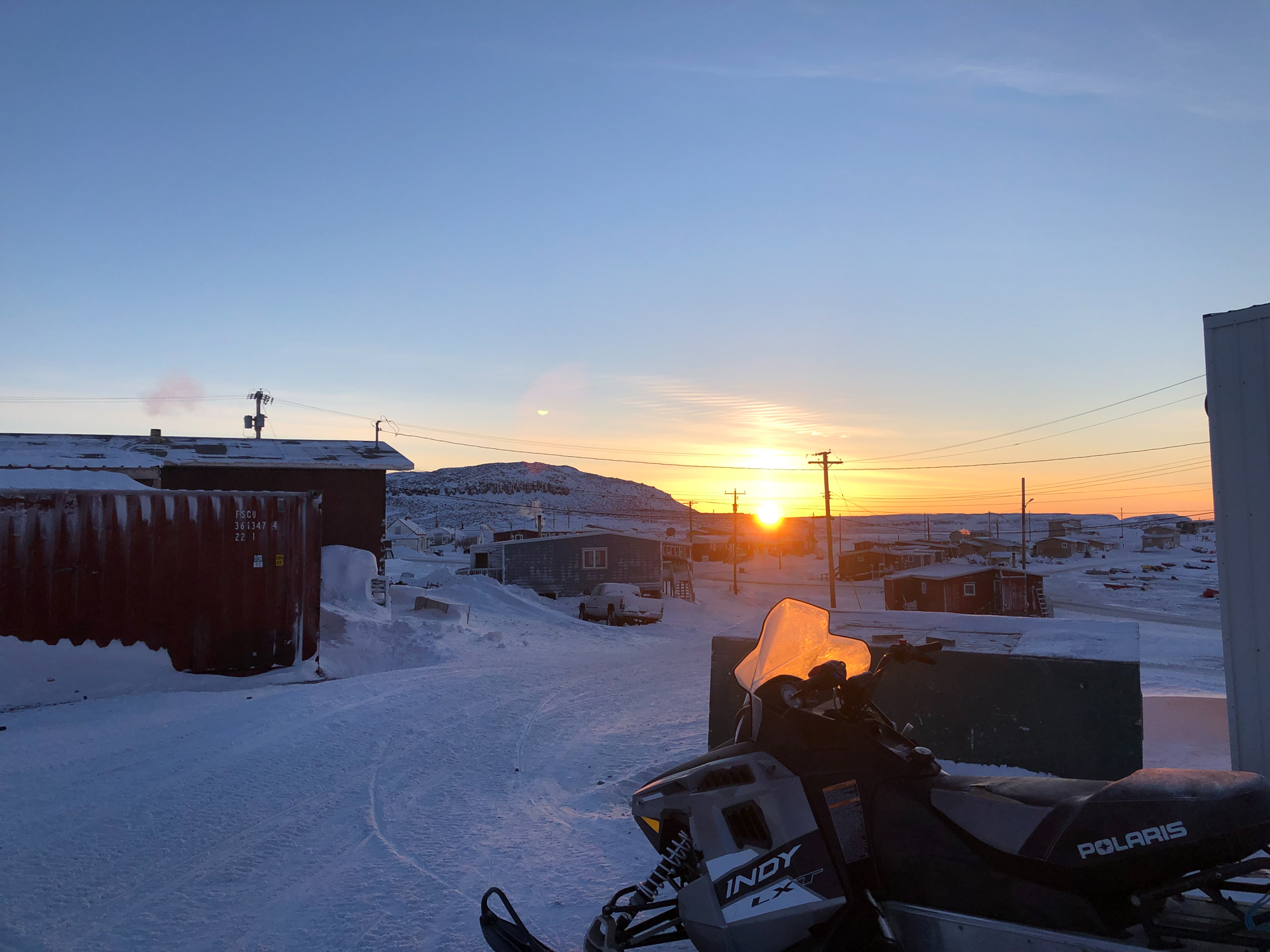 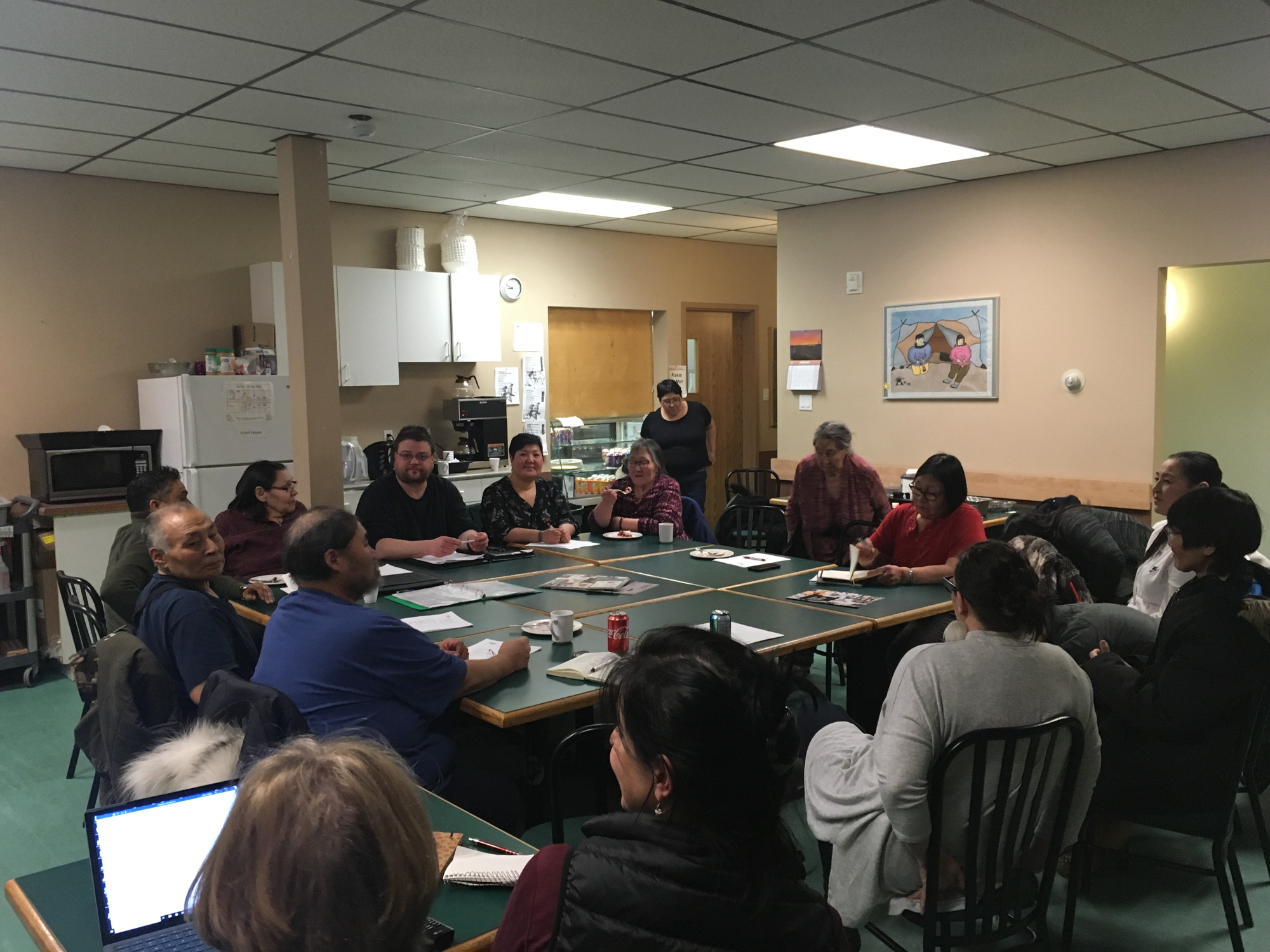 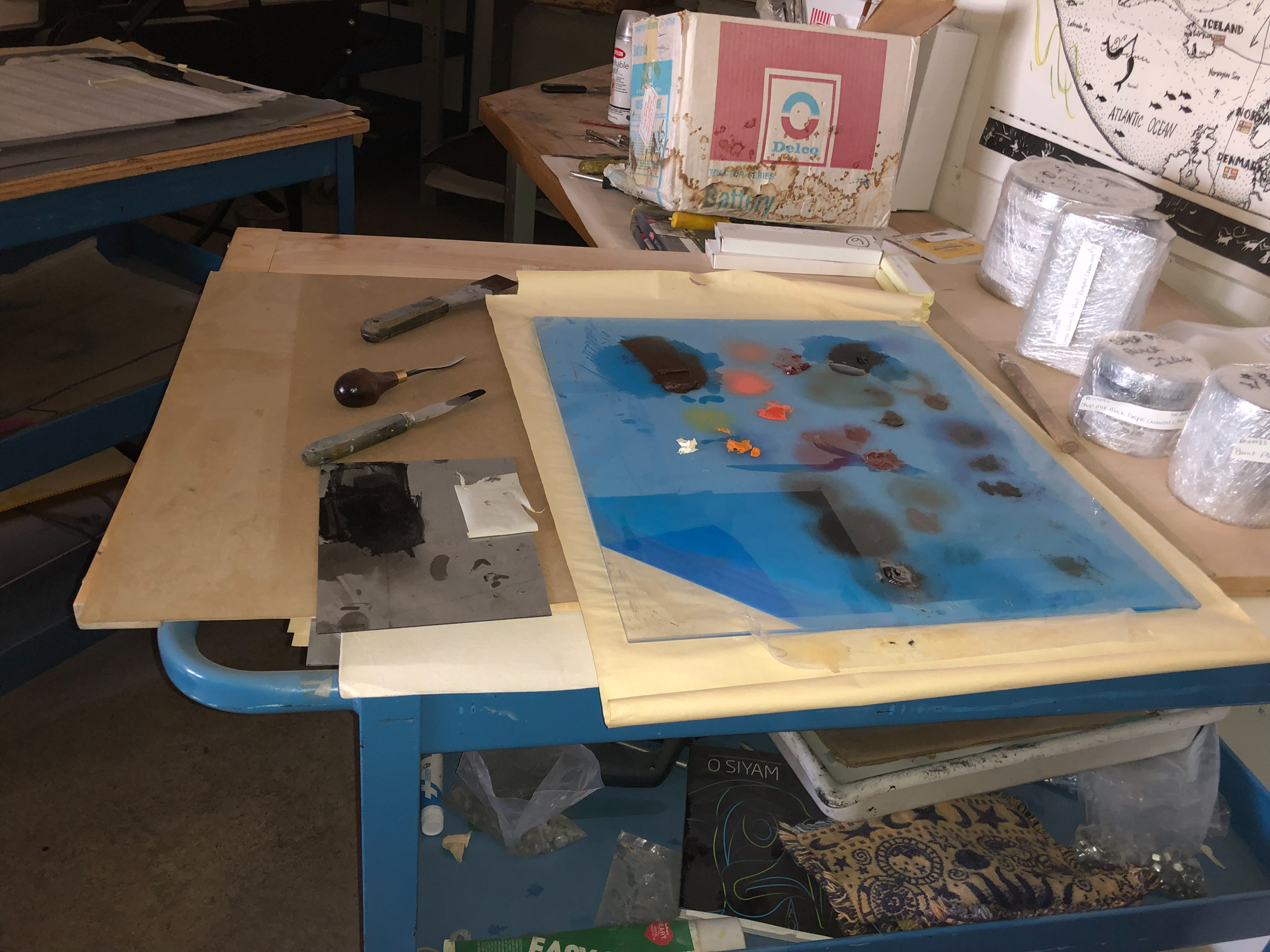 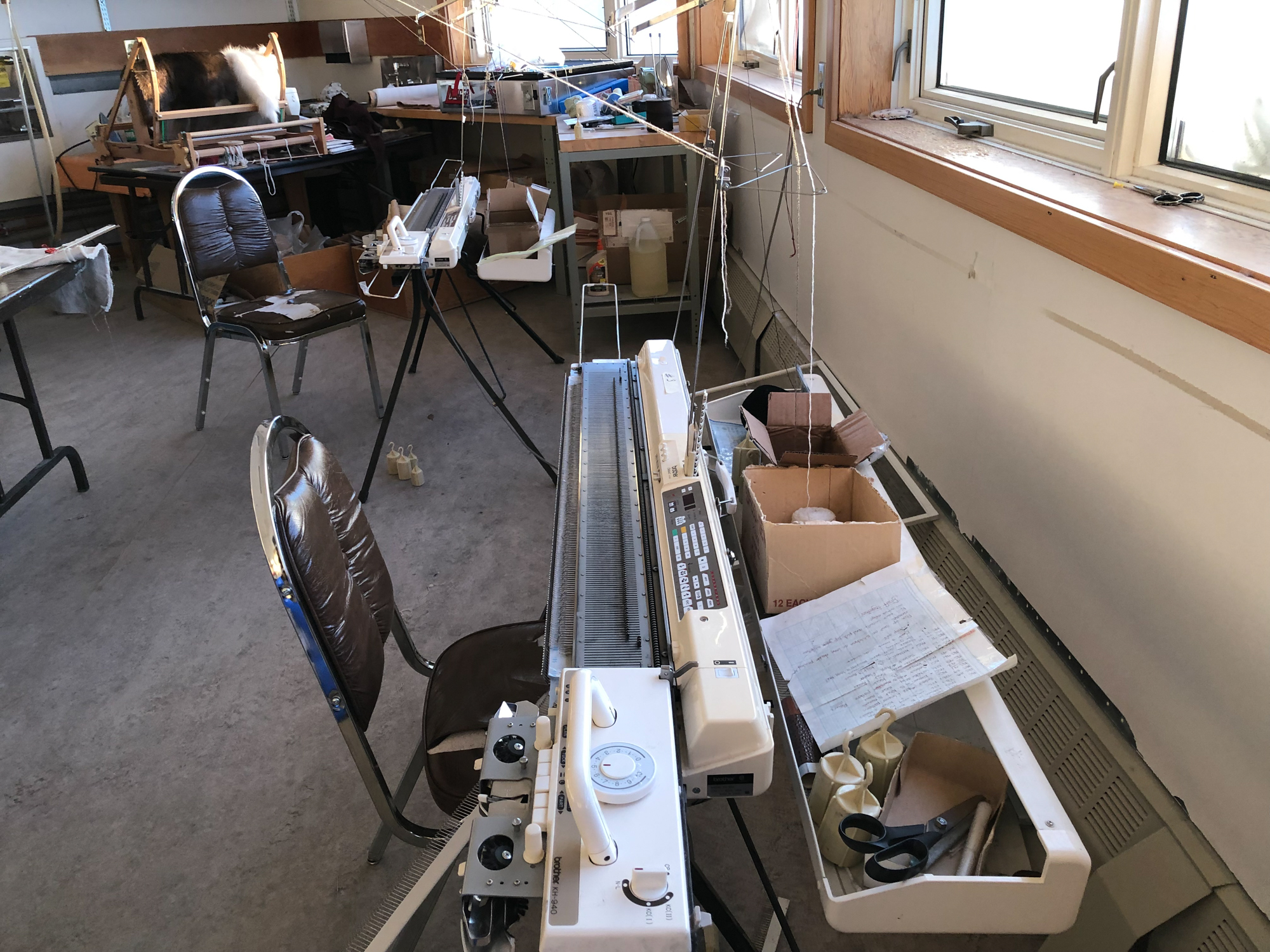 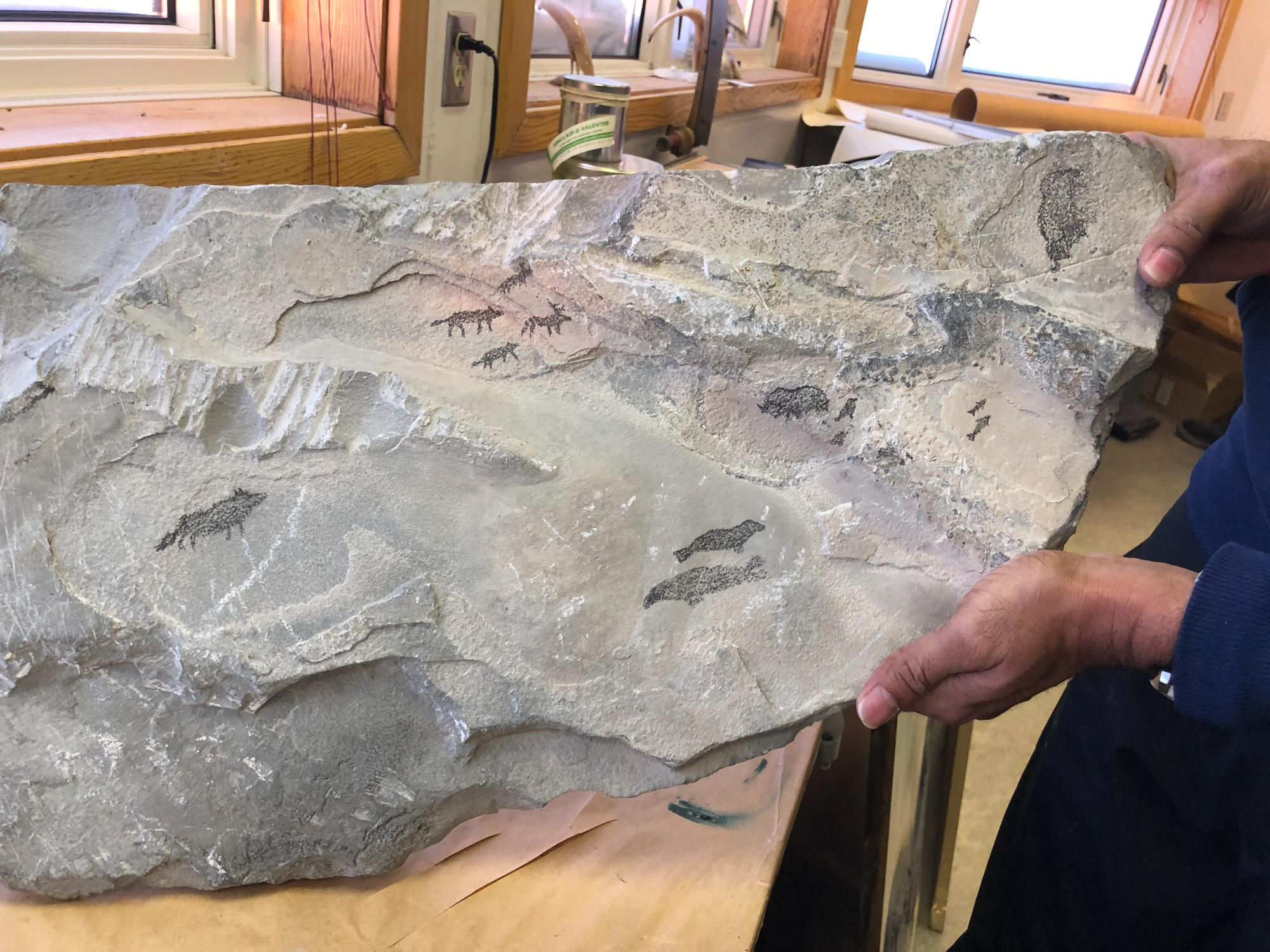