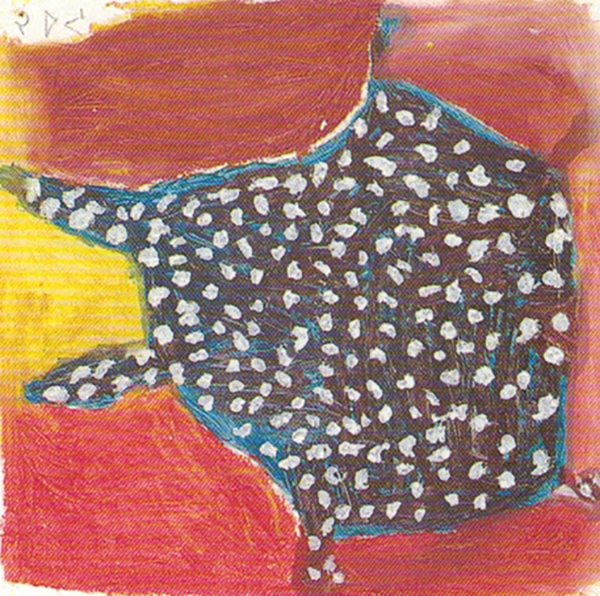 “Aanaan [My mother], your wisdom, strength and guidance have and always will guide us through life. We all miss you. Your loving son,”
– Pauloosie Suvega, Iqaluit, 1999

“We didn’t realize how well-known my mother was in the south. She rarely spoke about her art. We thought she just wanted to be able to provide for her family. Her family and community were always her first priority.”
– Ulussi Qavavauq, Cape Dorset, 1999

“I started out by accident at the Church Christmas games. That’s when I learned that I could draw, and ever since then I have gained confidence. I have to think about a drawing for a while before I start to make it. My drawings are from me, they are my own but it is not easy to make them. I am proud of the Dorset people who draw well.”
– Sheojuk Etidlooie, interview with Pat Feheley, Cape Dorset, July 1999

Sheojuk was a short, stout, self-assured lady who found her calling late in life. Born in 1932 on south Baffin Island, she spent her childhood and early adult life in the traditional Inuit way, moving from camp to camp. She and her husband Etidlooie then lived for many years in Iqaluit and Arctic Bay before Sheojuk returned to Cape Dorset to reunite with her now-grown children in the place of her birth.

Sheojuk’s career as a graphic artist began in 1994, when her drawing of two owls was printed and released in the annual collection. The edition sold out within days of its release. She began to draw in earnest, and quickly became part of a small cadre of women artists of her generation, all actively involved in the printmaking program in Cape Dorset.

Sheojuk was an eager and enthusiastic participant in the etching workshops conducted in Dorset over the past several years. In fact, she was the darling of Paul Machnik and his wife Mewa Armata of Studio PM in Montreal. Both her work and her approach to it left a very special impression on them. As Paul recalls: “She got down to it. She did what she did with conviction.”

Although connected to the community by birth and relations, Sheojuk was nevertheless something of an outsider in recent years. Perhaps because she spent so many years away from Dorset; perhaps simply by temperament or design; whatever the reason, she preferred to work alone – even in a workshop setting – undistracted by small talk. She worked quickly, confidently with broad strokes. She didn’t belabour her efforts. In fact she seemed not overly concerned with whether or not her current endeavour was ‘successful’ in finished terms. She was inclined to experiment, and this was often the quality that lent her images such force and distinction.

Sheojuk was of the old guard, never without her printed headscarf, her kamiks or her cigarettes. She was a member of that generation of Inuit whose life experience never prepared them very well for the contemporary community that has evolved over the years. Nevertheless, sensed that her ability to draw and recognition that came to her so late in life gave her tremendous satisfaction. Given the language barrier, I was unable to do other than observe her at work around the shops, say hello and con on the weather as she sat outside during her frequent smoke breaks. She always smiled back, spoke in her deep, gravelly voice and laughed her throaty laugh. 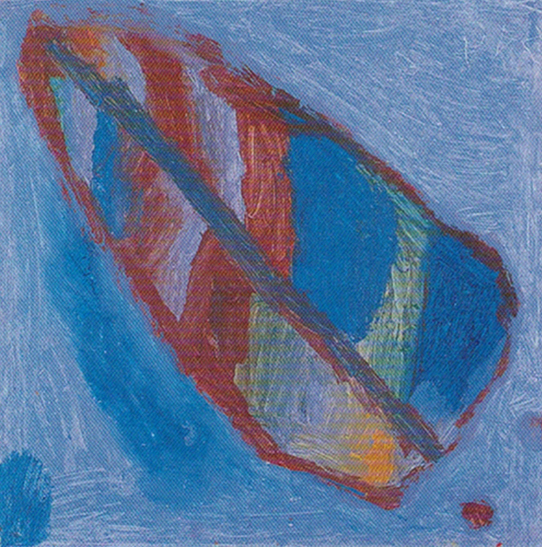 A memorial exhibition is often a bittersweet time reserved for contemplation of the lifetime work of an artist. In the case of Sheojuk Etidlooie, we are faced with the short but brilliant career of a woman who only began to identify herself as ‘an artist’ in her last years, despite the recognition of others. The artist arrived so quickly, when so advanced in years, was quite remarkable. Sheojuk’s artistic growth was intense; from her late start at drawing at the Cape Dorset Christmas games in 1993, to her rapid rise as a favourite in the annual graphic collections, to her first solo exhibition in 1998, to her sudden passing in May 1999. This summer in Cape Dorset, I spoke with some of the people who lived and worked with Sheojuk. Their comments follow.

To her fellow artists in the Dorset co-op, Sheojuk was the person who worked so quickly and silently beside them. To those of who admired her art and had the privilege to meet her, she was a calm, solid, grandmotherly-soul whose weathered face was transformed by a simple smile. To her family and the broader Dorset community, she was the environmentalist and the woman who berated neighbours for not taking enough responsibility. Her efforts were not unnoticed. In April 1999 she received an awarded from the Mayor of Cape Dorset for her volunteer activism. Her artwork reflected her environmental concerns – through the ‘giants’ of her drawings whom she describes as spirits guarding the world, and in etchings such as “The Whale’s Fate.”

In November 1998, Feheley Fine Arts hosted the first solo exhibition of drawings by Sheojuk Etidlooie. In the six months sink attended the show, clearly something significant changed in her artistic expression. She may have been inspired by the sight of so many of her drawings together, and touched by the enthusiastic responses of the visitors who encircled her at the opening. During that exhibition, we noticed Sheojuk exploring themes through series and tracings, transferring outlines of her earlier images paper as single or multiple forms. Though the pencil strokes filled her birds and giants were energetic, the outlines were careful and static. By contrast, her last drawings were made without tracing — even where forms repeat. These bold and individual contours signal the reactions of a mature artist and the flowering of Sheojuk’s new creative expression.

New-found artistic confidence was swiftly leading Sheojuk away from the comfort of the representational. Her final explorations were in a series of exuberant oil-stick paintings where traditional subject matter was superceded by pure colour and gesture. In these remarkable creations, we see an artist in the process of transforming her visual vocabulary. These sensational last works position Sheojuk Etidlooie unmistakably as one of the most engaging contemporary Canadian artists to have arrived in many years. Artist, mother, and respected elder, she will be dearly missed. 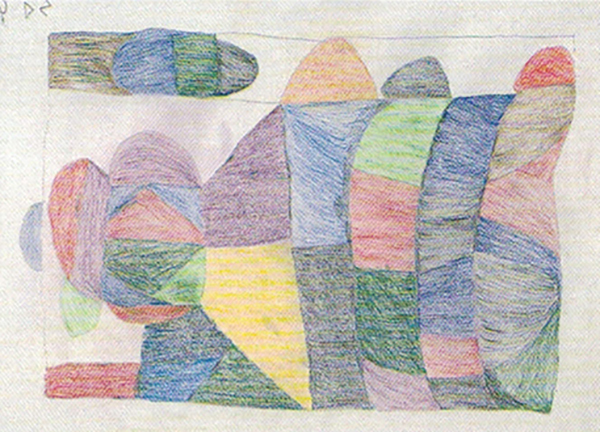 “I approached Sheo|ub to try dry on paper. She just gave me a face but she asked how she would do it and so I just told her. I just gave paper and pencil and said ‘try it’. She said ‘oh, it will probably not work but I’ll give it a try.’ … She would come in every week with two or drawings on paper, but with the [oil stick] technique she worked quickly and the images were great. She just went wild, you know, on the paper.”
— Jimmy Mai West Baffin Eskimo Co-operative,

“In my opinion, she was like Parr. They both had a mysterious way about their work. They were special because they were adults who made things that looked sort of like a child had done it, but never that simple.
—  Kananginak Pootoogook
Cape Dorset, 1999

“When she came back from Toronto she was very humble. She told us she spent so much time signing pictures and being kissed by people. She never had so much attention and kindness.”
— Chris Pudlat,
West Baffin Eskimo Co-operative,
June 1999

“I always liked her work because it reminds me of my mother’s [Pitseolak Ashoona] …Cape Dorset will be a lot quieter now she has passed away.”
— Kiawak Ashoona
June 1999

“[My mother’s] body and mind were constantly in motion, whether it was community or family oriented. She made sure that what she was telling people made an impact.”
— Pauloosie Suvega
Iqaluit, November 1999