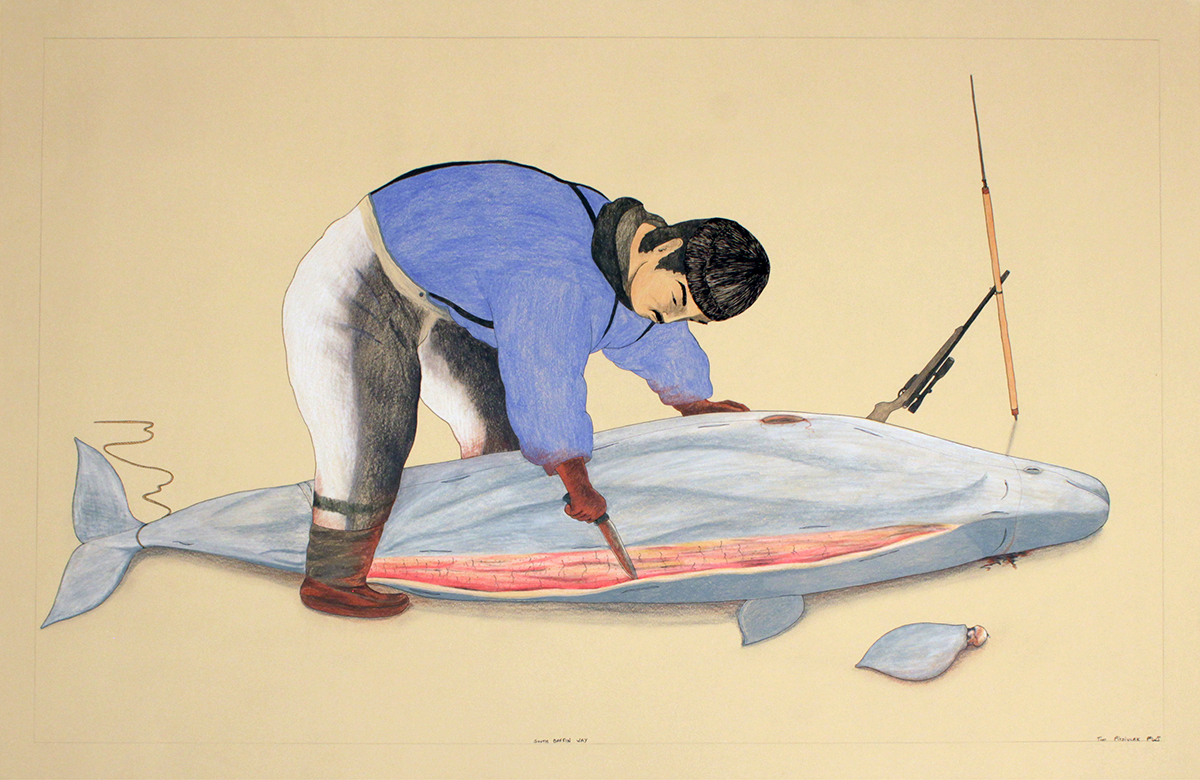 Over the last decade, Tim Pitsiulak has become one of the most sought-after contemporary Inuit artists. Born in Kimmirut but now residing in Cape Dorset, he currently divides his time between drawing in Kinngait Studios and spending time on the land, which he refers to as ‘his office’. A skilled hunter, he provides food for his family and many of the elders in Cape Dorset. His respect and knowledge of the local wildlife is essential to his works. Therefore, his subject matter primarily stems from the local landscape, Arctic wildlife and ancient culture and myths, all skilfully drawn in pencil crayon and ink.

South Baffin Way is Tim Pitsiulak’s fourth solo exhibition at Feheley Fine Arts. Seven of the images form what the artist refers to as the Parka Series. Most of these depict shaman animal transformations wearing parkas. Pitsiulak’s wonderful sense of humour is evident; describing the drawing titled Foxy, the artist notes that the wolf is   “wearing a sexy parka with nail polish on her toes”. Others in the series are simply beautifully rendered drawings ranging from a dancing red fox/shaman to a weasel in a startling bright orange parka.

The title of the exhibition, South Baffin Way, comes from one of the drawings that depicts the age old tradition of butchering and sharing country food. This imagery starkly contrasts This Is How We Do It, which illustrates a scene from present-day Arctic life as Pitsiulak explains that they have to repair their own snow machines, outdoors, even in the winter.

New technology has informed several of the drawings in this exhibition. The artist recently acquired a GoPro camera which has allowed him to capture the sights and sounds of the underwater world. This inspired his drawing of colourful kelp waving in the current as well as several other drawings that reference the sounds made by the whales and seals. 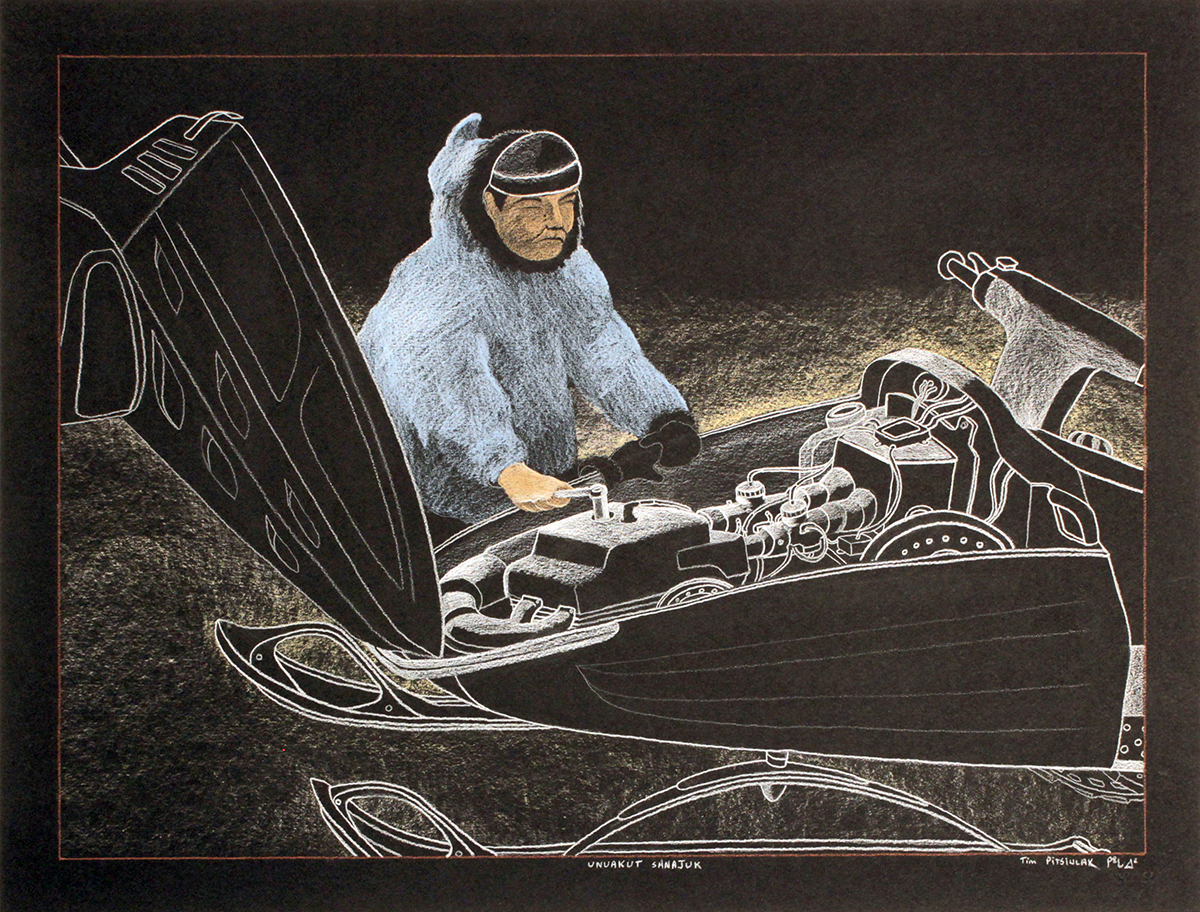 Some of these new drawings utilize negative space to make an impact, while many of his earlier drawings were overflowing with detail. Most are on black paper.  In This Is How We Do It, Pitsiulak uses highlights created with white pencil crayon to indicate that the figure is repairing the snow machine at night. Pitsiulak enjoys the effect of brighter colours on the black background. In Red Fox from the Parka Series, the artist uses blood red, bright orange and ochre colouring. These provide a striking rich contrast that leaps off the black background.

Since his first solo exhibition in 2009, Pitsiulak has steadily received recognition and admiration. He was recently commissioned by Cadillac Fairview to create an original artwork for the TD South Tower Lobby in Toronto. In 2013, he designed the face of a specialty ‘Life in the North’ quarter and three-dollar silver coin. That same year, his drawings were selected for the international indigenous exhibition Sakahàn at the National Gallery of Canada. Most recently, his drawings were featured in prominent group exhibitions such as Northern Narratives at the McMichael Canadian Art Collection and Shine a Light at the National Gallery of Canada. His work can be found in the permanent collections of the National Gallery of Canada, the Art Gallery of Ontario, Canadian Department of Foreign Affairs, and TD Bank Financial Group.