Themes in Inuit Art: The Bear 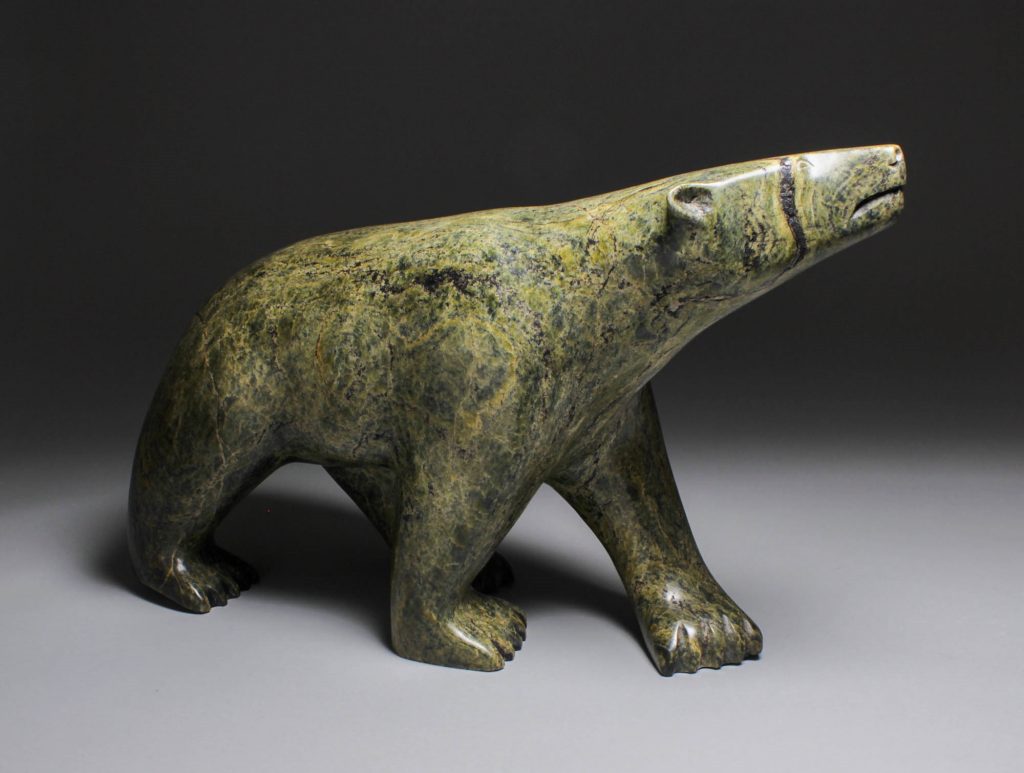 From sitting to walking to dancing to fighting, the polar bear is one of the most depicted subjects in Inuit sculpture. Perhaps the arctic’s most iconic animal, the solitary bear is also the most powerful. With no natural predators, the bear remains at the top of the Arctic food chain and is both feared and respected by neighbouring animals and humans alike. In this blog post we look at the many renditions of the bear by Inuit artists, each of whom bring their own distinct style and personality to the ever-admired polar mammal. 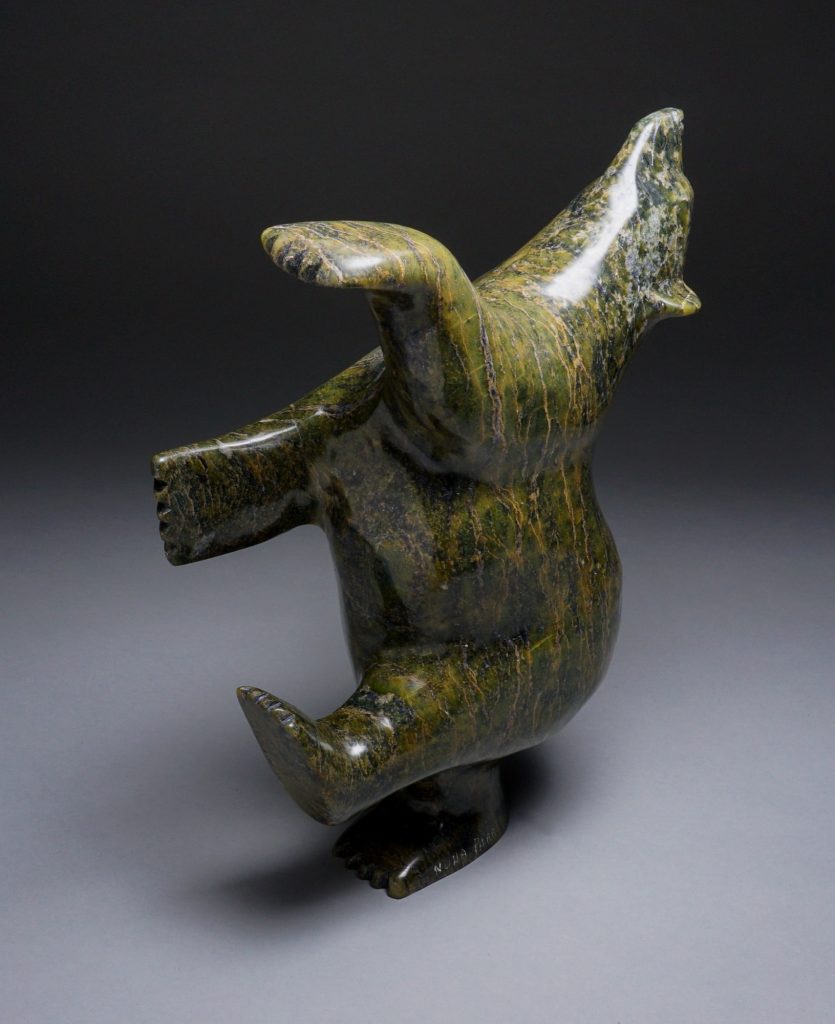 Sitting, standing, walking, holding their catch—these sculptures best depict the polar bear in its natural habitat. Artists like Henry Evaluardjuk and Bill Nasogaluak are among many who carve their bears with the utmost precision. Skillfully they replicate every anatomical detail that define the bear’s presence, from their long noses and small ears to their heavy, pigeon-toed paws. Sometimes Evaluardjuk will exaggerate parts of his bears, such as elongating their bodies or limbs, while simultaneously maintaining the powerful integrity of the bear as it would appear in its natural environment.

Since the early 1960s, the dancing bear has been recognized by audiences around the world as an emblem of Inuit art. Carving icon Pauta Saila was the first to masterfully depict the powerful predator as a whimsically playful character, unknowingly setting forth a dancing bear tradition among Inuit artists. Saila thought the concept of a dancing bear was silly—his bears were actually just balancing. Saila began carving in the 1950s and over time developed a signature style: a bear balancing on one foot with two arms in the air. His bears became so revered due to his incredible ability to simultaneously depict the bear as a heavy, voluminous mammal executed in the similarly heavy material of stone, yet conveying a sense of movement and balance that was as light as a feather.

Today, a number of contemporary carvers have followed in Saila’s footsteps while imbuing their own personality into their dancing bears. Nuna Parr for example, is known for his flamboyant bears, often characterized by a thrown-back head or a dramatically contorted body. Isacie Petaulassie’s heavier-set dancing bears are among the most innovative. Not only constrained to dancing on their hind legs, Petaulassie’s bears also breakdance, sometimes balancing on three different paws with ease.

While polar bears typically keep to themselves in the wild, some Inuk artists who are also hunters have witnessed polar bears during their hunts. Some have even been confronted by a bear, or have heard stories of the like happening to relatives. This ferocious side of the polar bear has been depicted by many artists over the years. Hunter with Dog Fighting Bear (c. 1968) by an unknown artist depicts an Inuk hunter with his dog during a feared confrontation with a mighty polar bear. Open-mouthed bears revealing sharp teeth made from ivory or antler are subtle reminders of the power of these massive predators.

To view available artworks on the theme of the bear, click here.