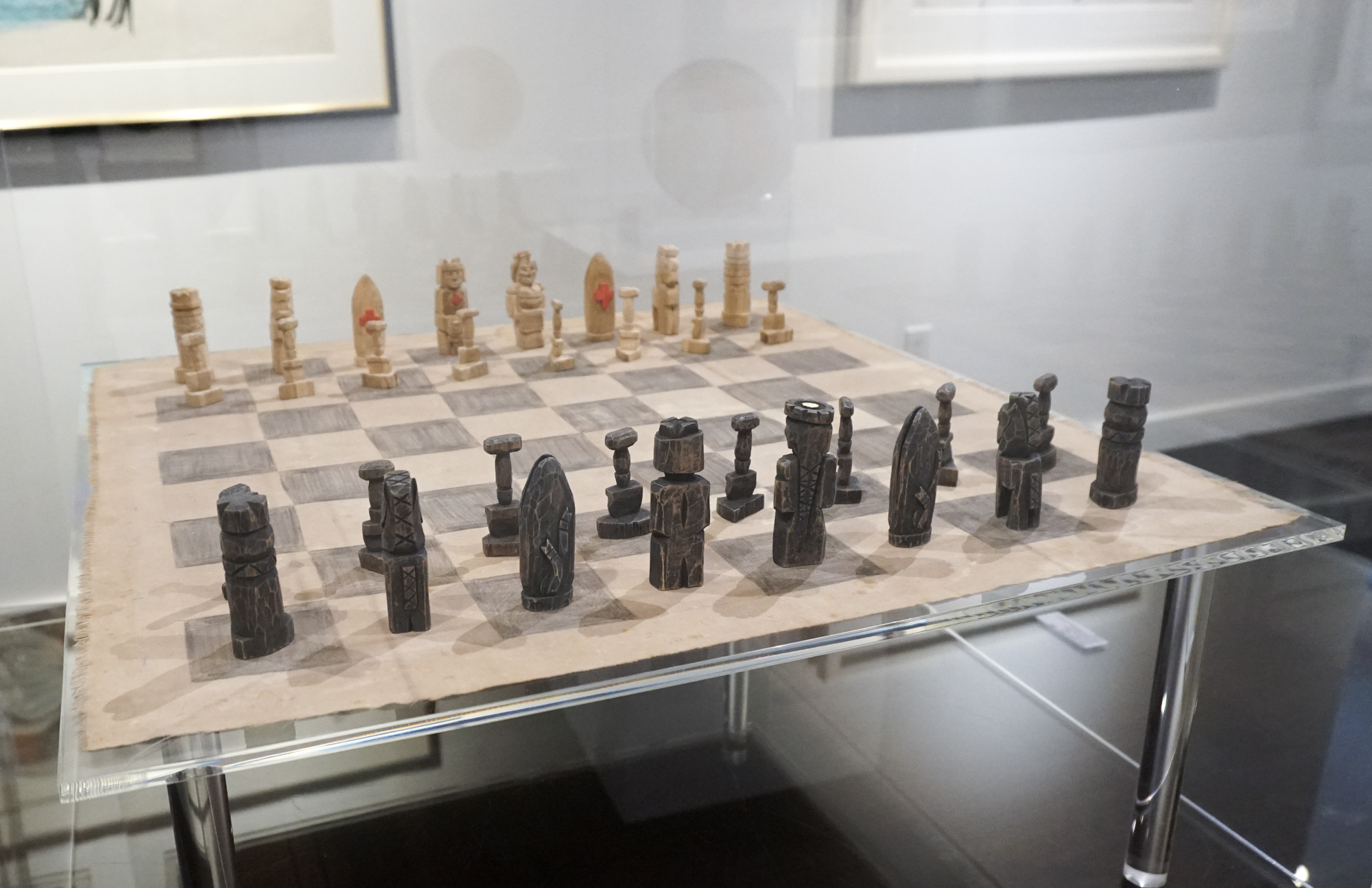 Oscar Cahén was born in 1916 to a Jewish-German family. At the age of sixteen he was granted acceptance into Dresden’s State Academy for Applied Arts [1]. It was 1932. Hitler came to power one year later precipitating the onset of the Second World War. Cahén and his family were forced to flee Germany after being robbed of their citizenships. Temporarily settling in Prague, Cahén briefly worked at a large ad agency for a few months before fleeing again [2]. Eventually, the soon-to-be extraordinary illustrator and abstract painter was captured and put on a prisoner of war ship heading to Canada, along with over two thousand other German-Jews. In May 1940 they were brought to Sherbrooke, Quebec and interned at Camp N as prisoners of war. Cahén would stay there for two long years. During that time he drew often and effortlessly charmed his fellow internees with his “Berliner” wit [3].

Cahén’s chess set, now currently on view at Feheley Fine Arts, dates back to the time he spent in Camp N. [4] The hand-carved chess pieces emulate the artist’s style that runs across many of his illustrations and paintings – abstract figures with the semblance of representational form. Queens, kings, bishops, knights, and rooks feature coloured hand-painted motifs. Each idiosyncratic pawn is composed of elongated rectangular blocks stacked one on top of the other. The board itself was made from a fabric, each square hand-coloured. In 1940 the chess set functioned as chess sets do: a game to be played, in this instance by prisoners of war, to pass the time. Now, Cahén’s chess set now stands as a remarkable cultural artifact, representative of the artist’s desire to pursue creativity during a trying time. 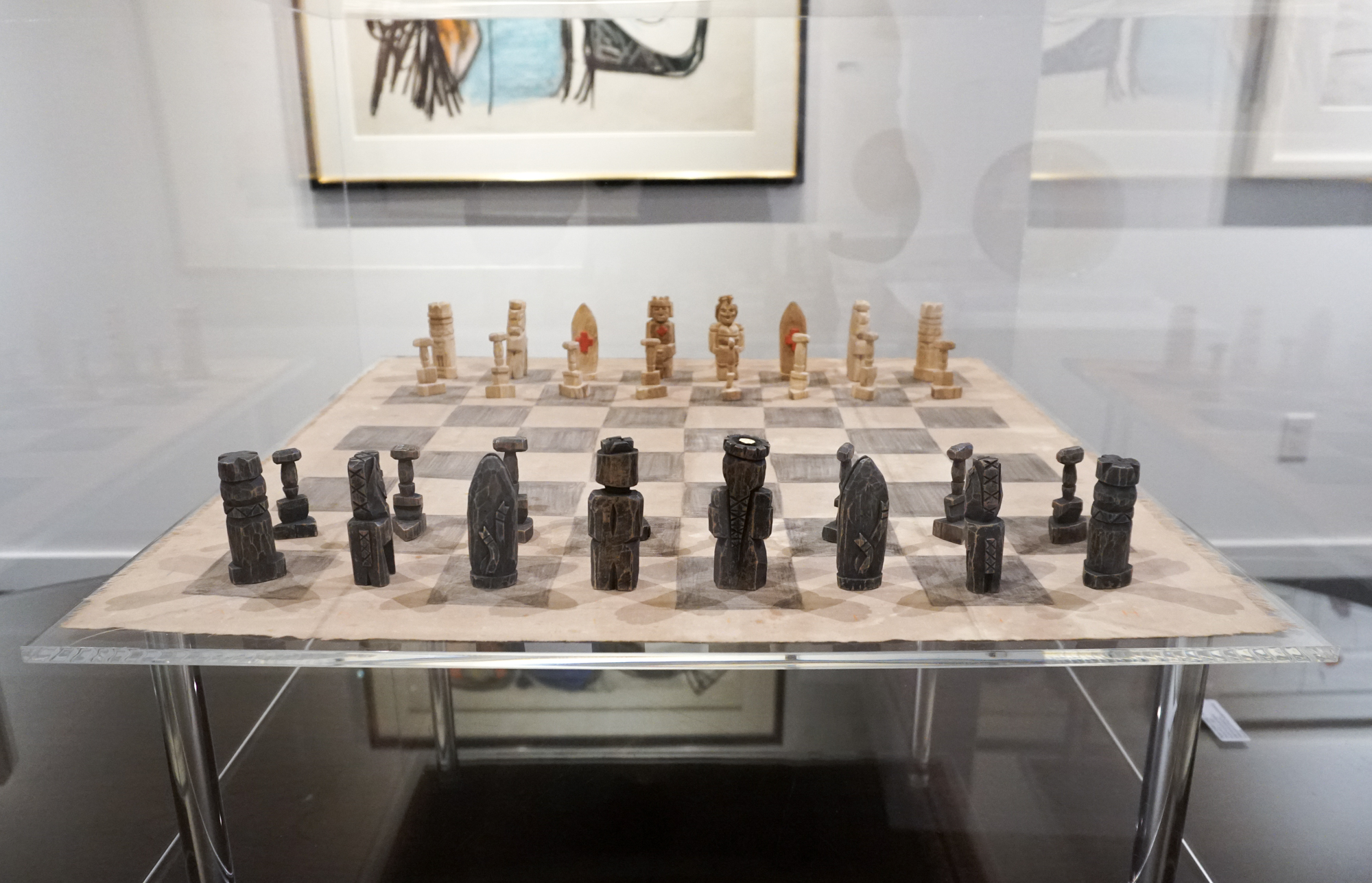 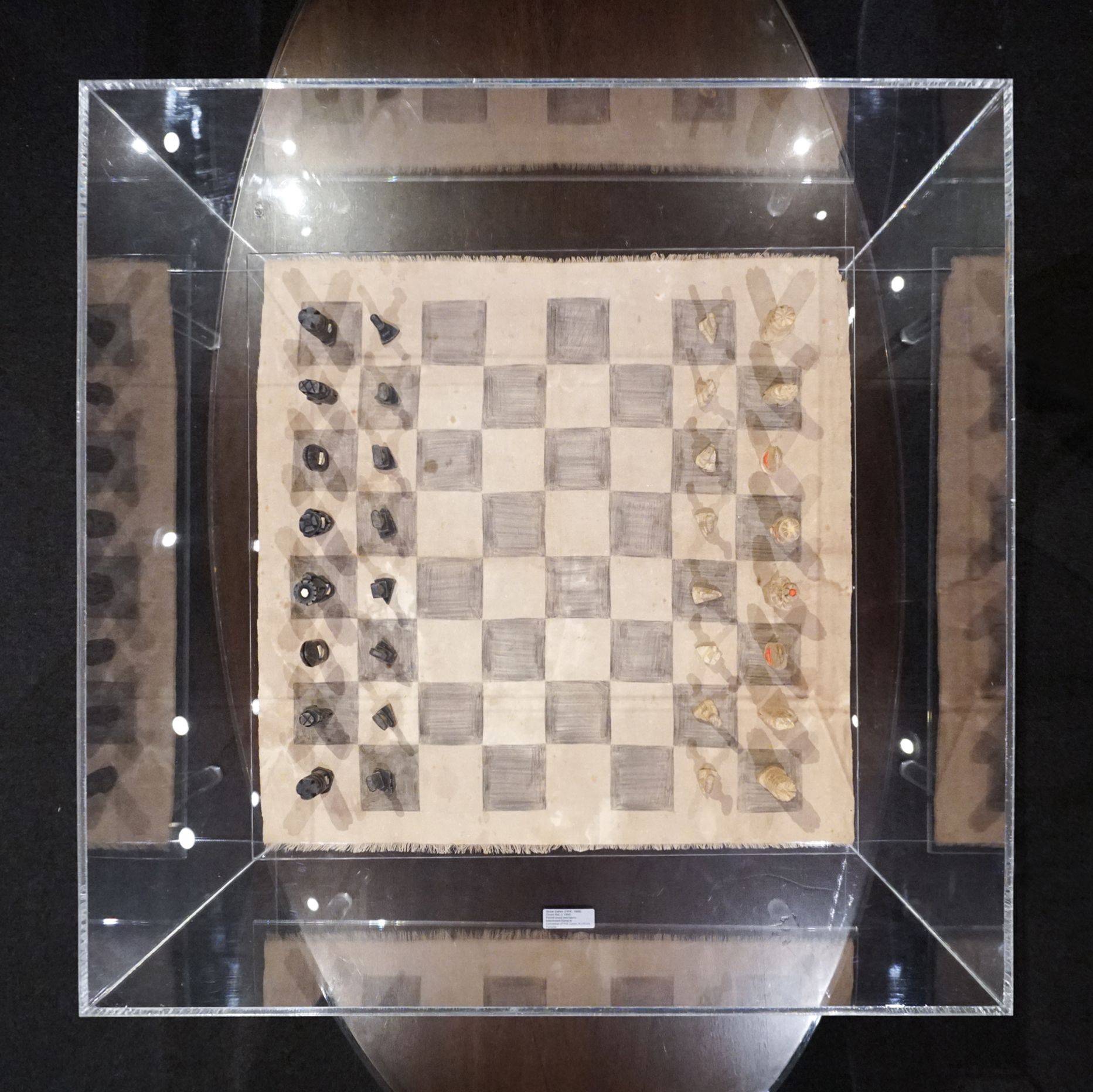 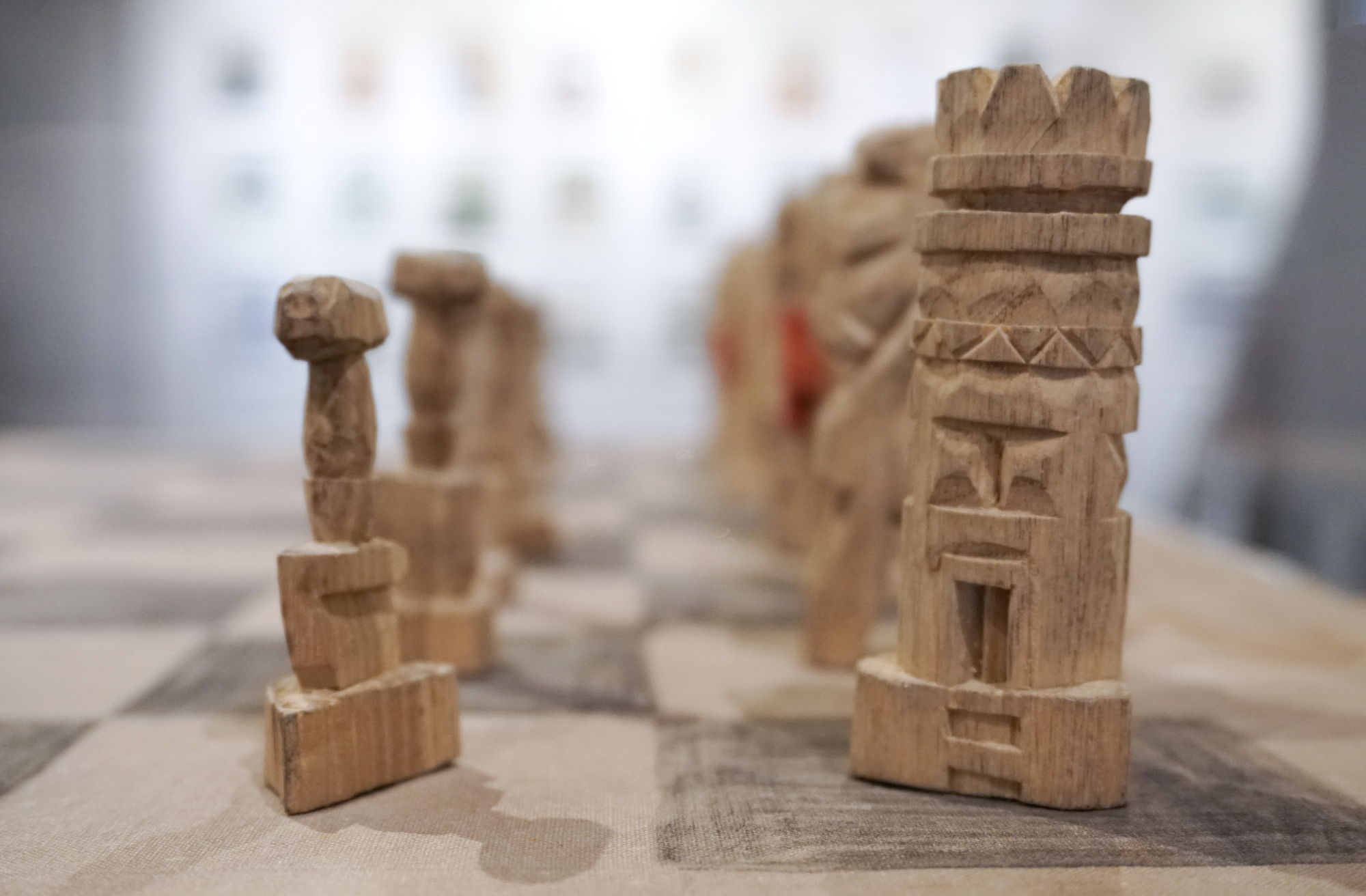 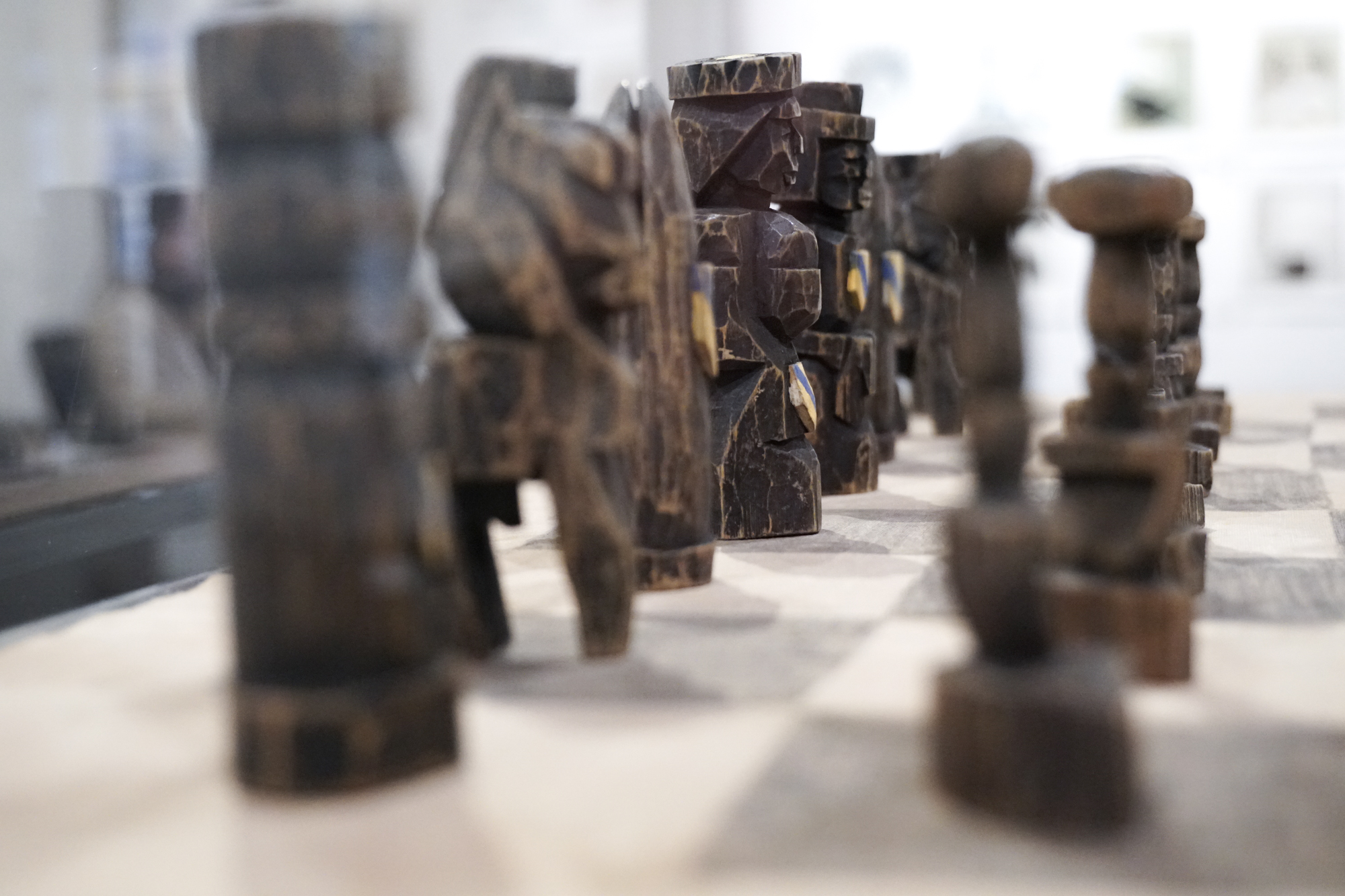