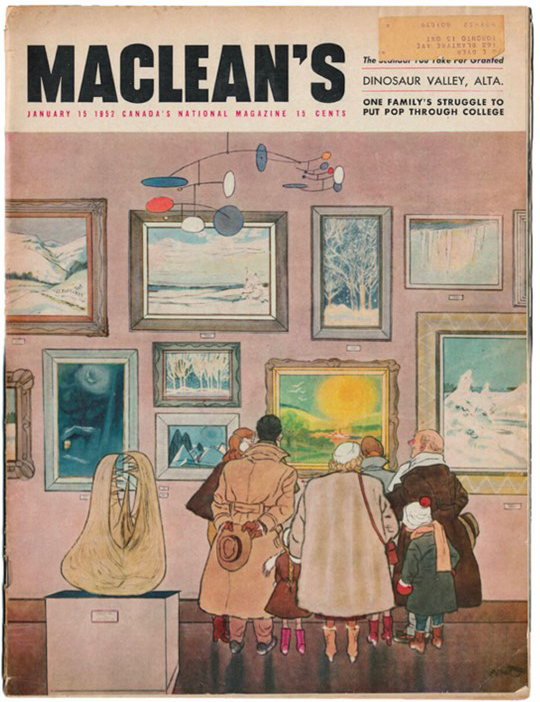 Prior to his founding of the Painters Eleven in 1953, Oscar Cahén made a name for himself by designing and illustrating covers for magazines and newspapers in Europe, Canada, and the United States. Immersed in the world of news publications and journalism through his father Fritz Max Cahén, an art history professor and later, a correspondent for the German newspaper Frankfurter Zeitung, it was only natural that Cahén became interested in the intersection between art and journalism. By the end of his career, Cahén had “designed thirty-eight covers for Maclean’s, then Canada’s dominant national magazine” (Grove, 25).

As his father travelled throughout Europe for work, Cahén accompanied him, studying commercial art, graphic design, and advertising during his teen years in cities such as Paris, Rome, and Dresden (Grove, 4). One of Cahén’s first cover illustrations was for his father’s book, Men Against Hitler in 1939. In fact, many of his early political cartoons were done in a similar anti-Hitler genre (Grove, 5).

In the late 1930s, popular illustration and graphic design was considered truly a modern and democratic artform. According to Jaleen Grove, “Posters were considered ‘art for the people,’ decorating outdoor space and improving the public’s aesthetic sophistication (4). 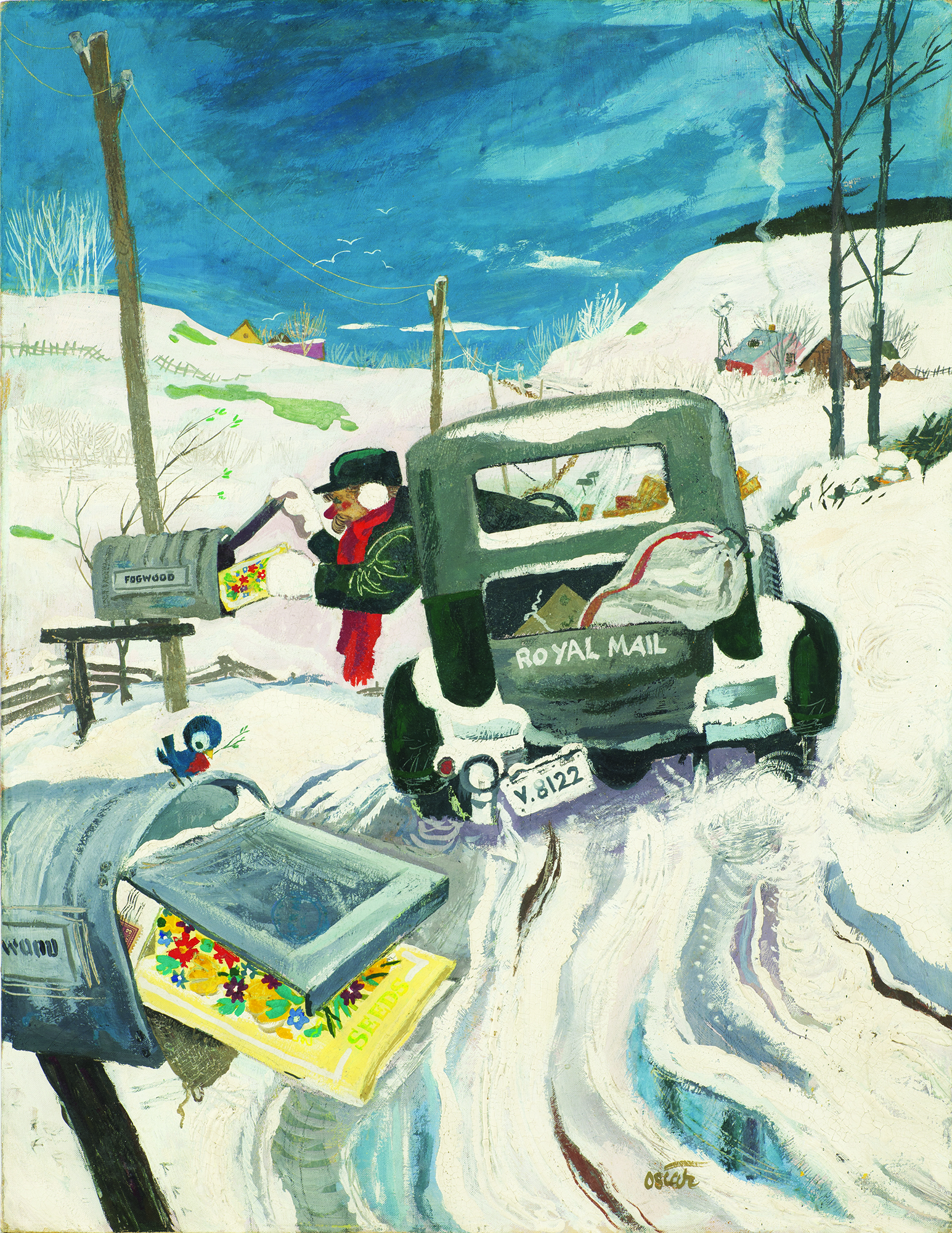 Royal Mail Illustration, Maclean’s Magazine cover, oil on canvas mounted on board, 24 x 18 in., image courtesy of the Cahén Archives.

The well-known Czech-American illustrator William Pachner (1915–2017) recognized Cahén’s talent and took him under his wing, offering him studio space and aiding in developing his artistic style (Grove, 6). Finally, with a sizable resume under his belt, Cahén took a teaching position at the Rotter School of Advertising Art in Prague. Unfortunately, due to his refugee status as a German-Jew, Cahén was unable to continue working in Europe as he was suspected to be a spy (Grove, 6-7).

Fast forward to Cahén’s life in Canada, where he interned at Camp N in Quebec as a prisoner of war. During this time Cahén continued to draw what he saw around him. His illustration for the short story, “Mail,” by John Norman Harris, published in Maclean’s in 1950, depicts a scene from within the camp.

In 1942, a liaison for the Central Committee for Interned Refugees sent some of Cahén’s drawings to The Standard, along with other potential employers (Grove, 8). The Montreal-based magazine accepted Cahén’s work with high praise. With employment secured, Cahén was finally allowed to leave Camp N, and he began his life in Montreal and soon after, Toronto. 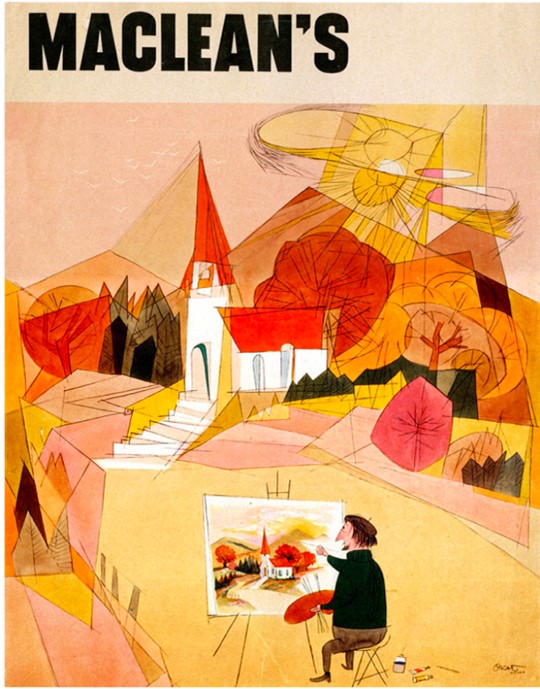 Canadian magazines published over three hundred of Cahén’s illustrations between 1950 and 1957. Of these, Cahen’s Maclean’s covers such as Untitled (Royal Mail) (1948) and Untitled (January 15, 1952) are some of the most celebrated works in his archive. The complex yet playful cartoons were widely seen across the country, and often framed as standalone artworks by their collectors.

As Cahén began to explore abstract art himself, he integrated criticism of the genre into his cover art. Poking fun at the controversy toward modernism, Cahén’s October 15, 1951 Maclean’s cover depicts an artist painting a traditional landscape scene en plein air as he sits within a Cubist landscape (25).

Cahén’s ability to illustrate eye-catching scenes that evoked both a sense of joy, humour, and a deep understanding of the human experience is what made his work appealing to such a wide range of audiences. Furthermore, Cahén’s experience as a refugee allowed him to portray difficult subjects such as war, poverty, and mental illness.