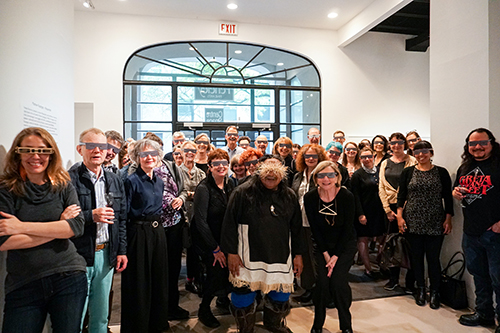 For someone well recognized for his “masks”– as in his famous array of wildly imaginative snow goggles – Mathew Nuqingaq proved to be disarmingly forthright about his emotions at the opening of his Masquerade exhibition.

The goggles themselves are playful, yet at the same time they display an exceptionally high standard of craftsmanship. Whether working with muskox horn, antler, baleen, silver, copper, gold or wood, Mathew transforms these materials into explorations of traditional Inuit themes and objects.

While the goggles have a cheekiness to them, the drum dance that Mathew performed was very haunting. That began with his heartfelt introduction, which touched upon his heart itself.

As it turns out, Mathew’s work on this show was interrupted by the appearance of a benign tumour on his heart. The drum dance was mimicking the beating of a heart that slows, is silenced and then starts up again.

In his setup for the dance, Mathew talked about how drumming was banned in his community, and many others in the North. He learned the instrument from someone in another town who secretly drummed out in a tent to avoid being detected. But he was detected and the RCMP broke his drum.

Mathew also spoke of the courage his family and others in his community of Qikiqtarjuaq (Broughton Island) when they had to face evacuation to the South when he was a child.

He described a poignant moment on a bus ride during the final leg of this arduous journey that began on an old steel boat. As they finally approached Hamilton, his normally endlessly talkative family, “suddenly became silent. The moon went behind a smokestack.” He recalls thinking: “Can you imagine leaving with your family on a boat? It’s about how strong they are.” Mathew knows he’s one of the lucky ones.

Back in the South again for the opening of his show, Mathew communicated a very powerful sense of gratitude for his ability to work as an artist. He told his admirers gathered in the gallery: “This is my dream job and you’ve made my dream come true.”

Based on the reception for his snow goggles and snow goggle jewellry, it seems that Mathew also makes other people’s dreams come true.

That’s particularly true of his Aayuraa Studio in Iqaluit that has helped numerous emerging and established artists create their own jewellry.

It’s inspiring to observe a such a forceful character who’s managed to live his life according to his own set of rules and principles.

We all wish Mathew continued good health and new additions to his prodigious artistic output. 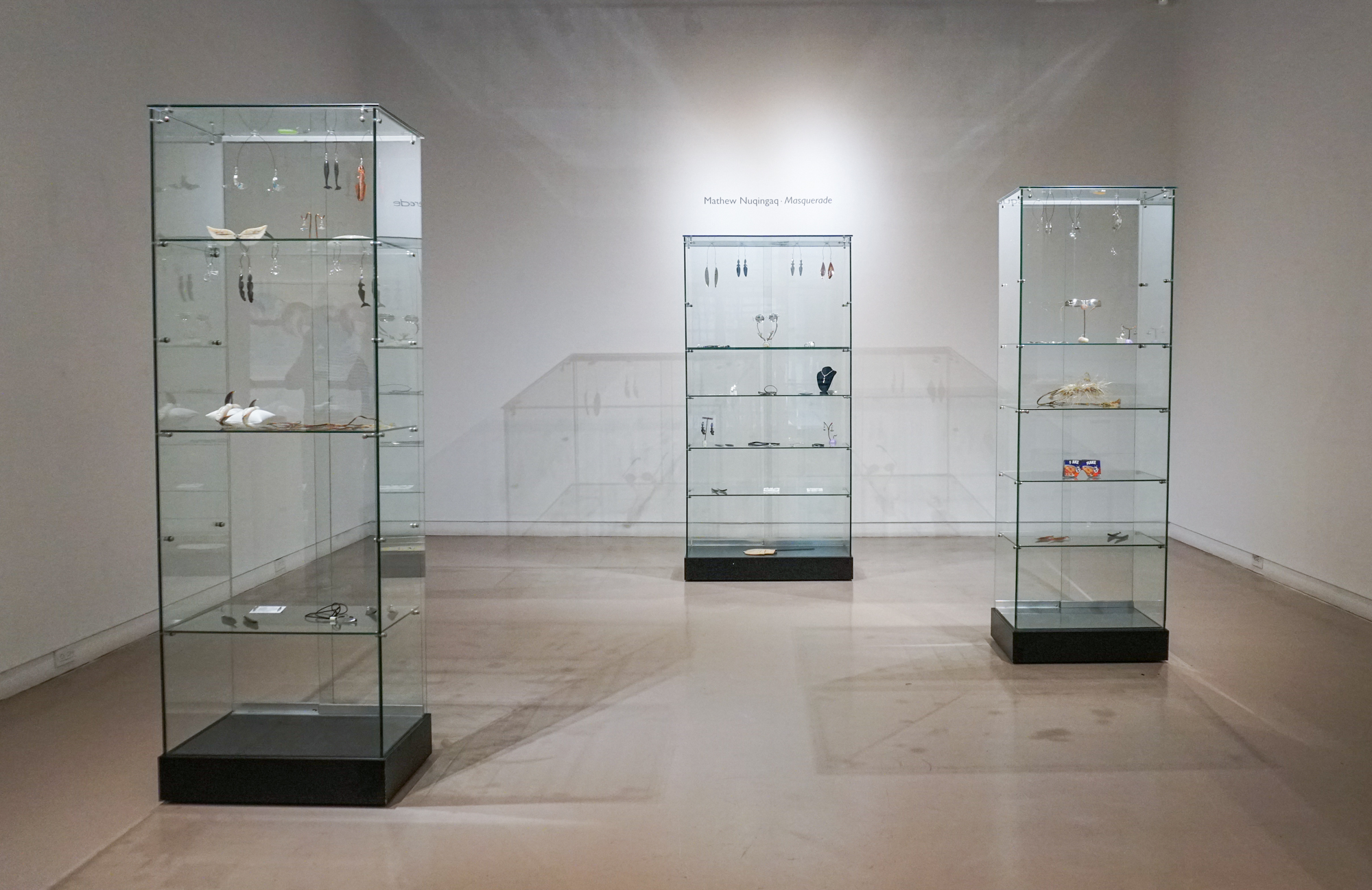 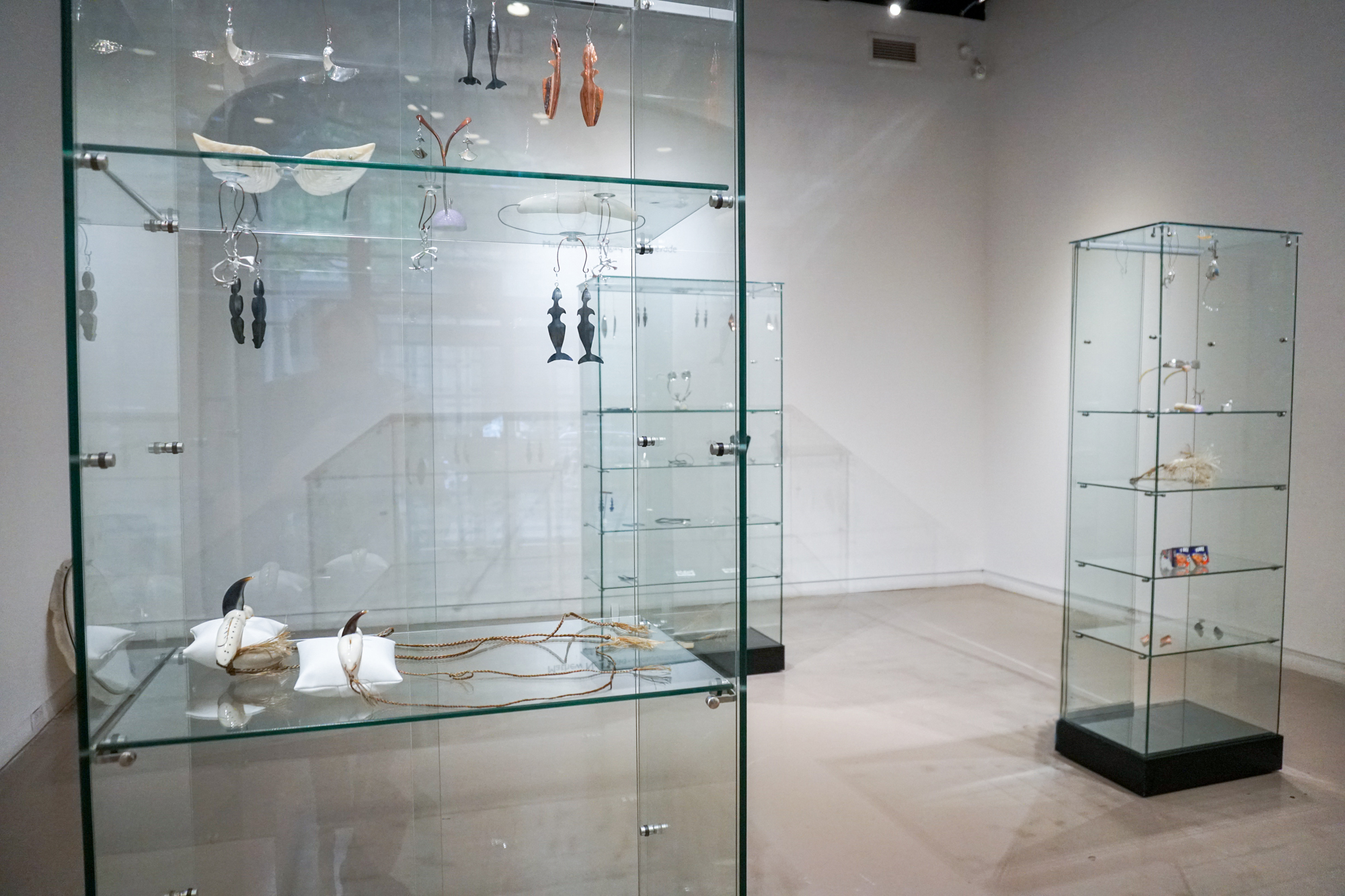 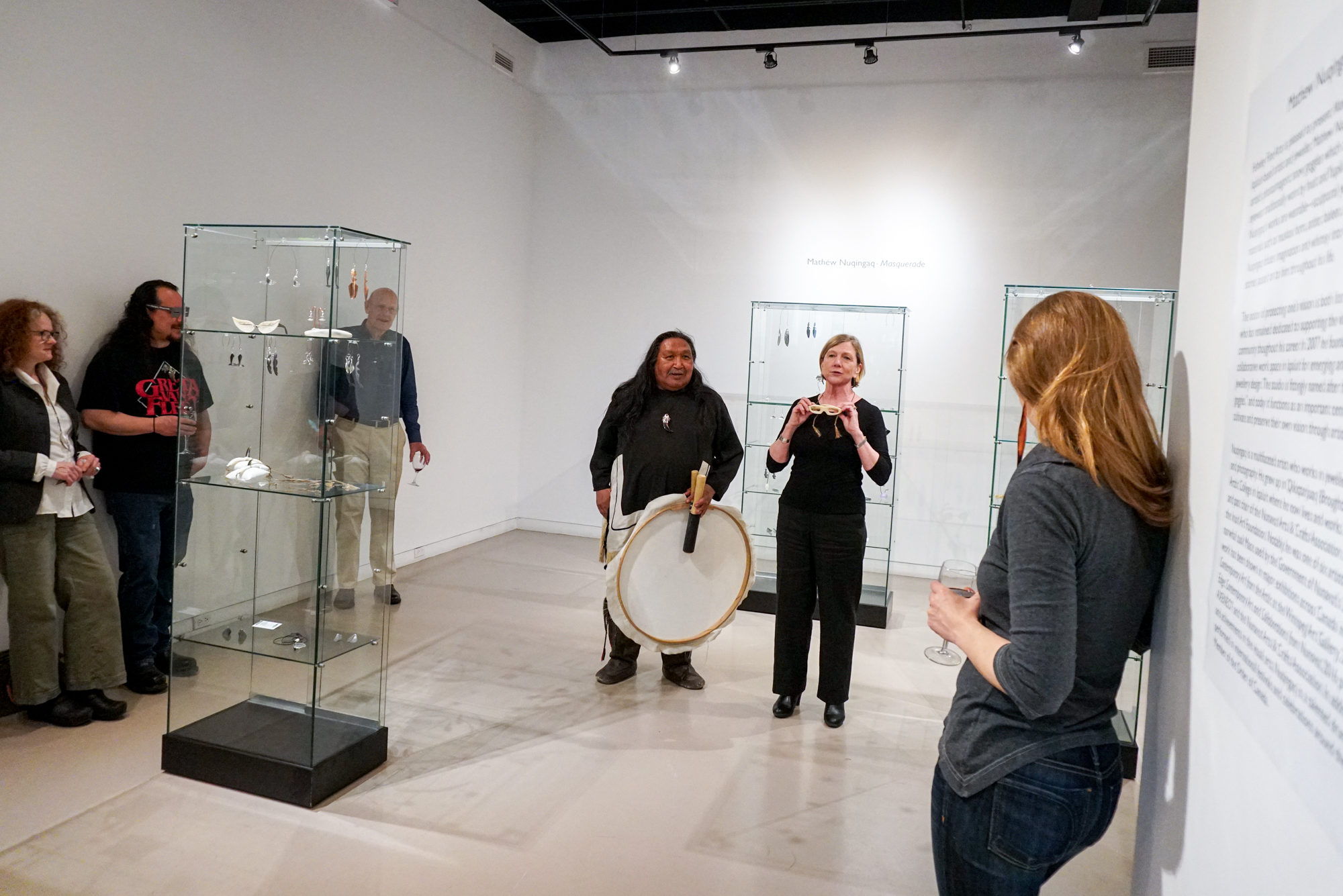 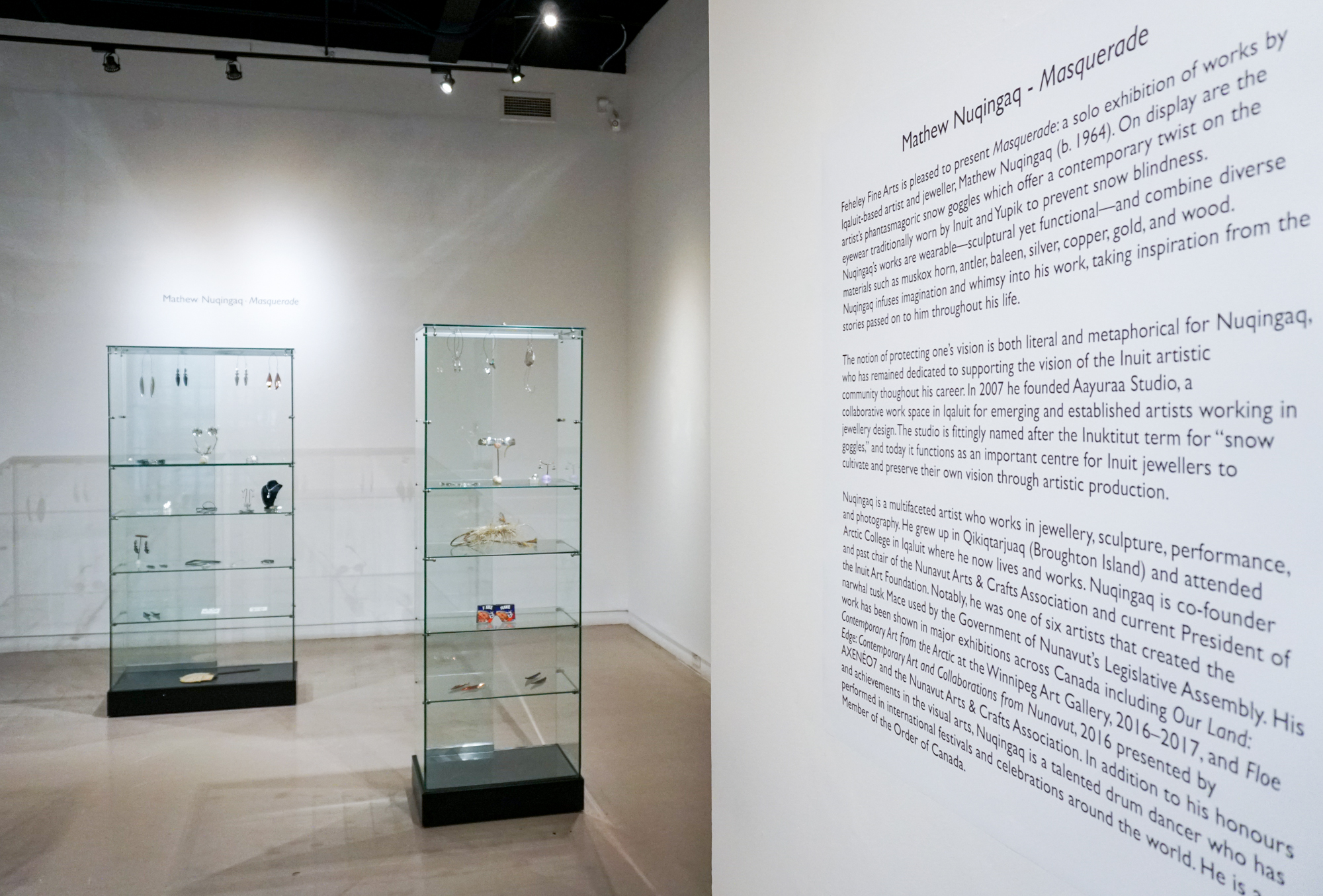 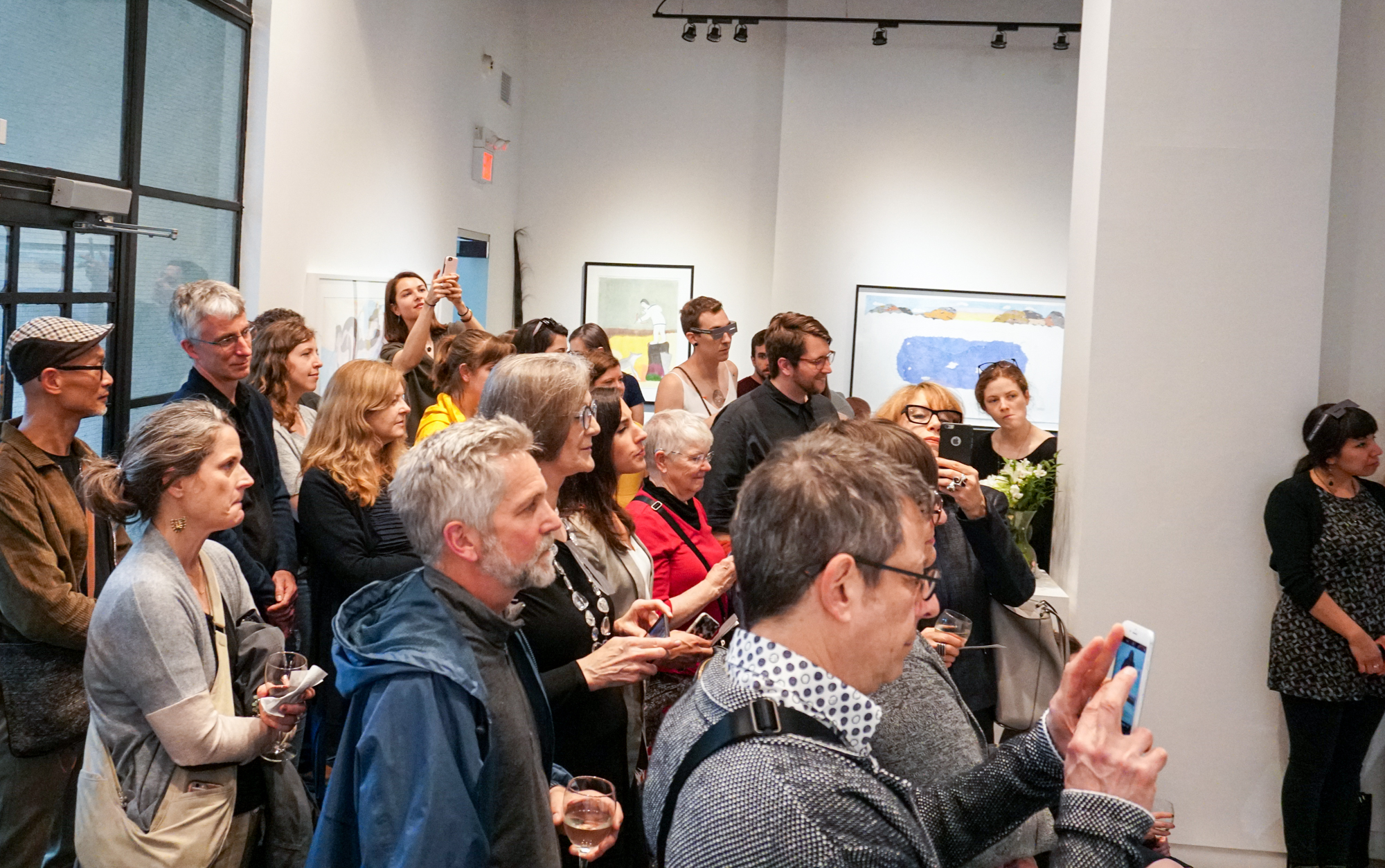 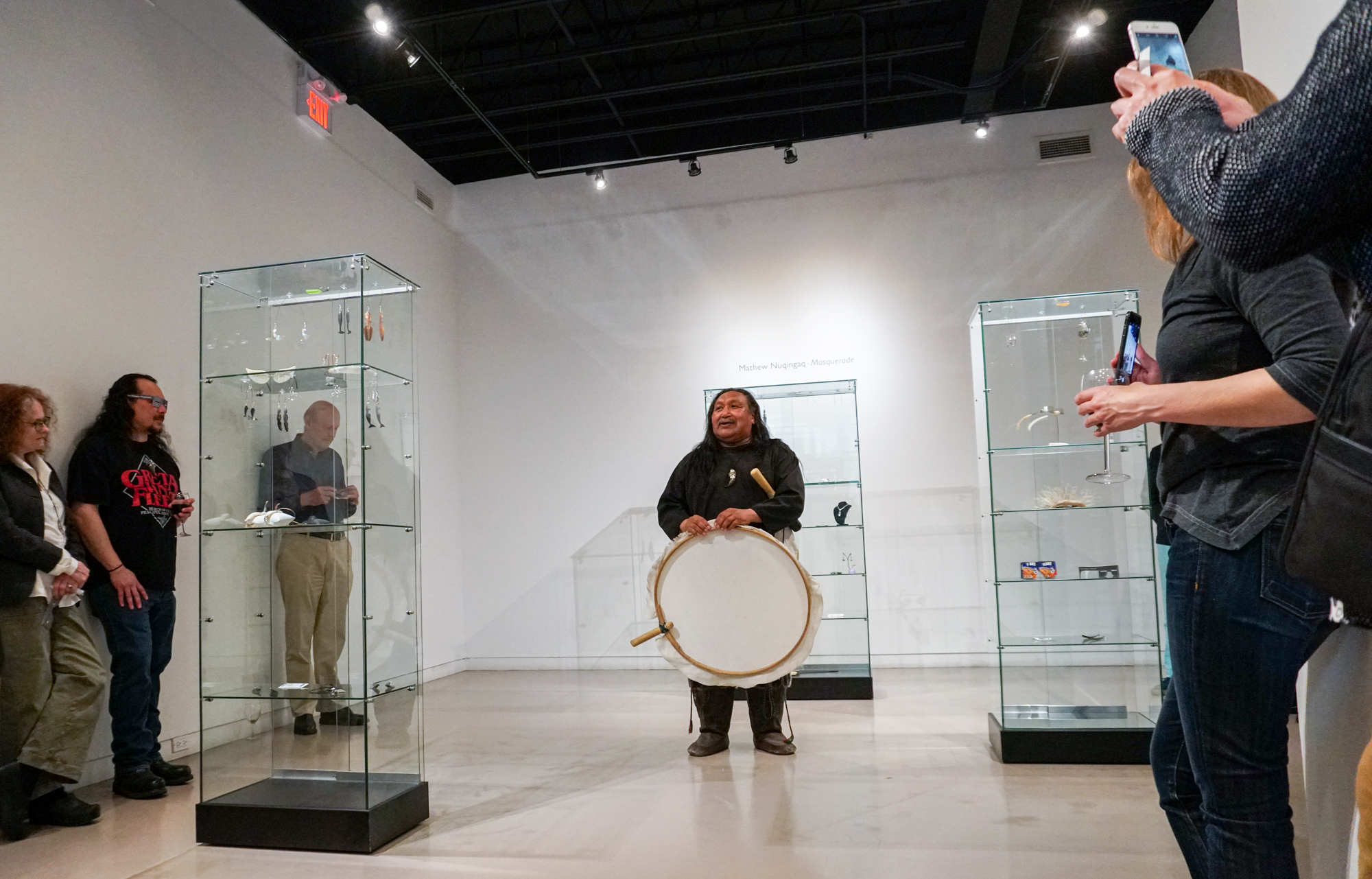 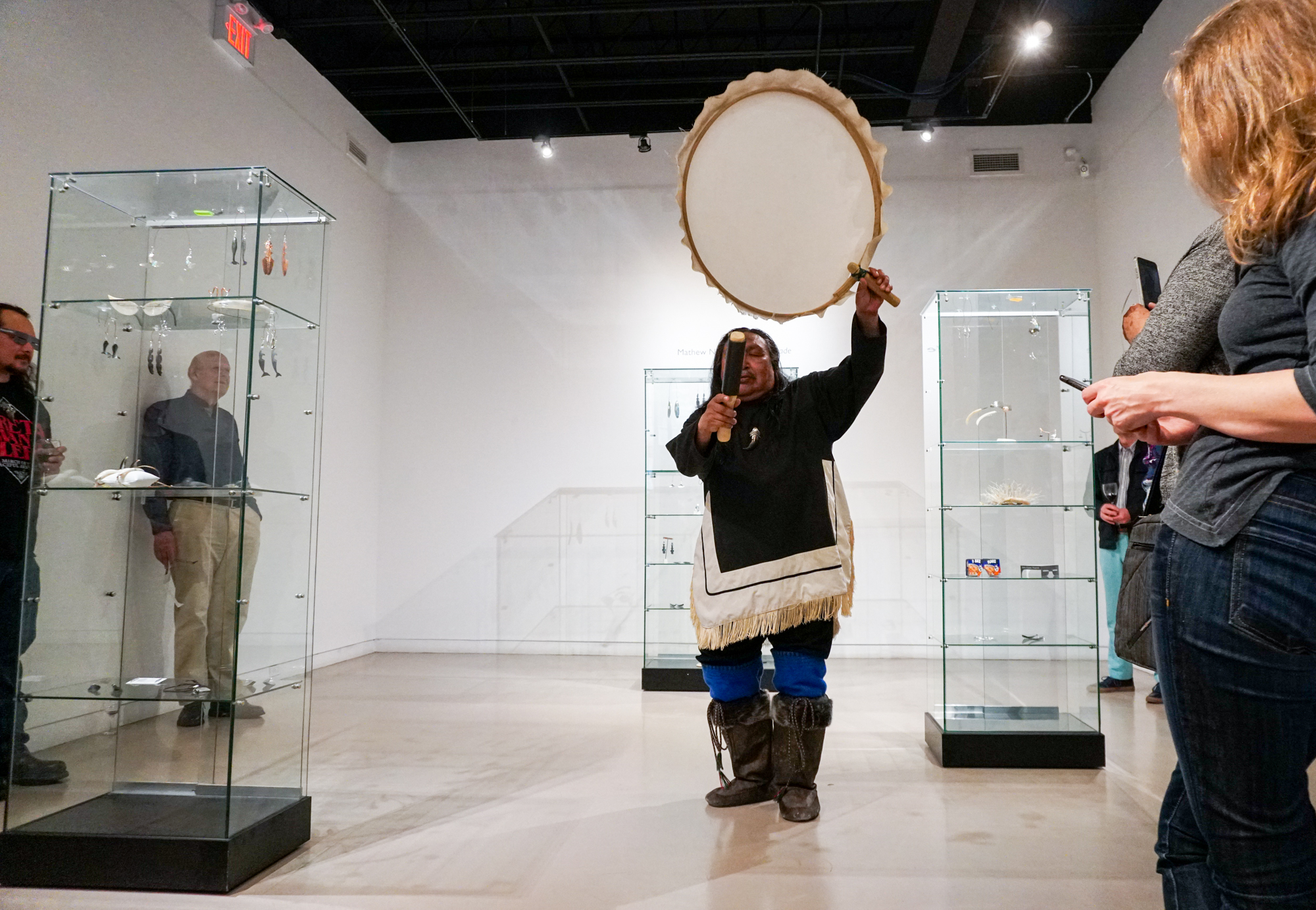 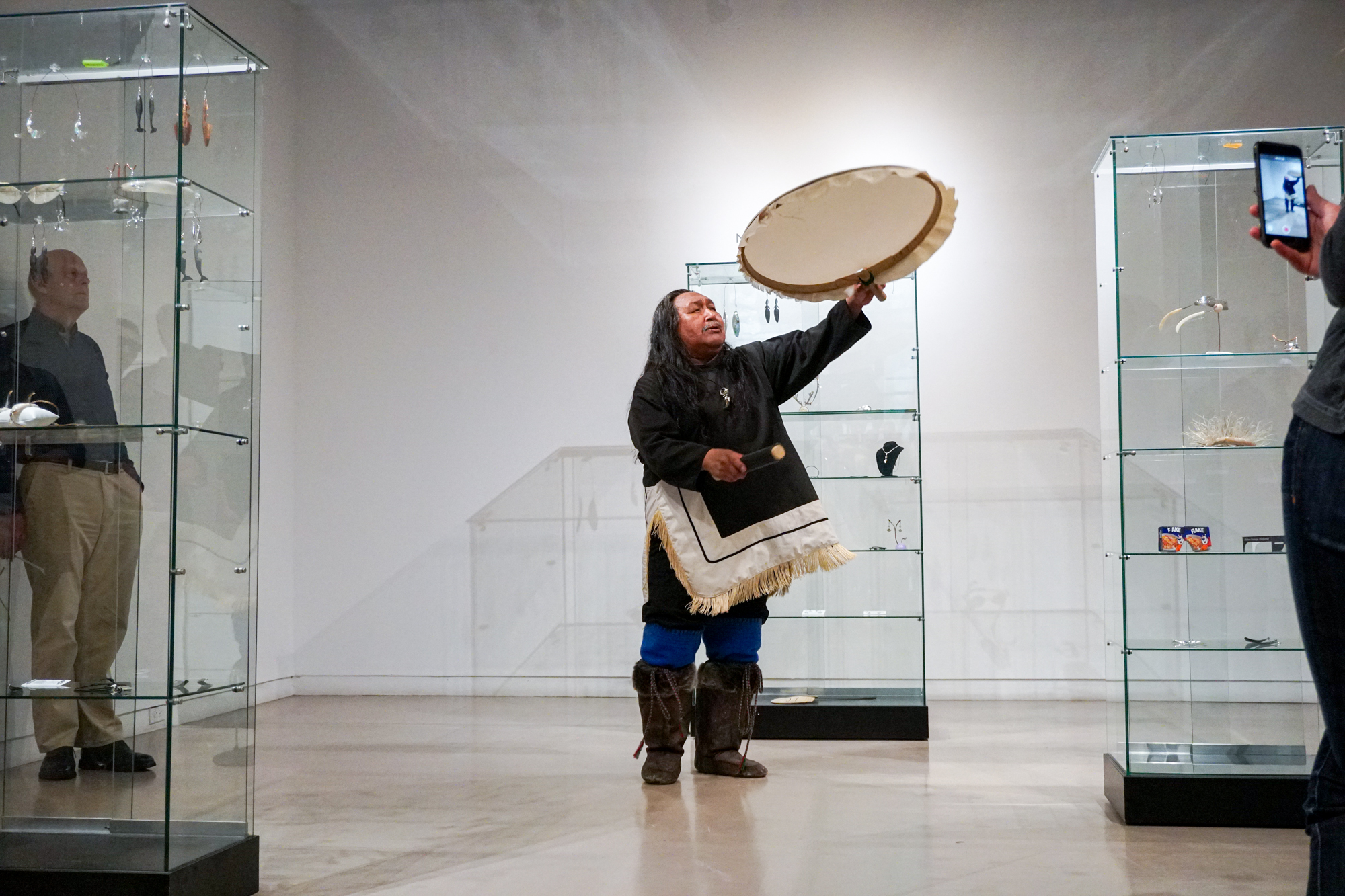 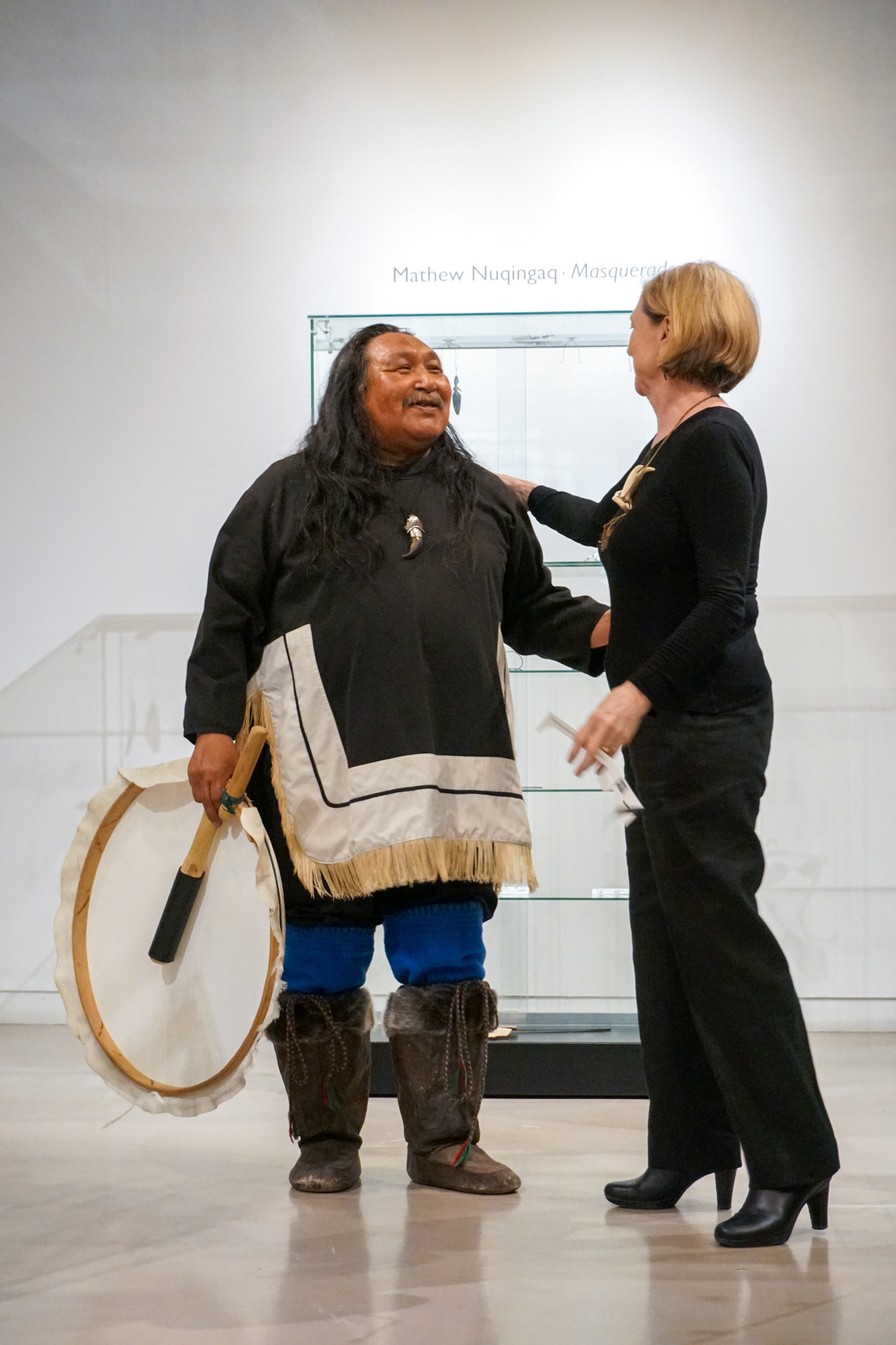