One Foot in The Spirit World: Sculpture by Maudie Okittuq 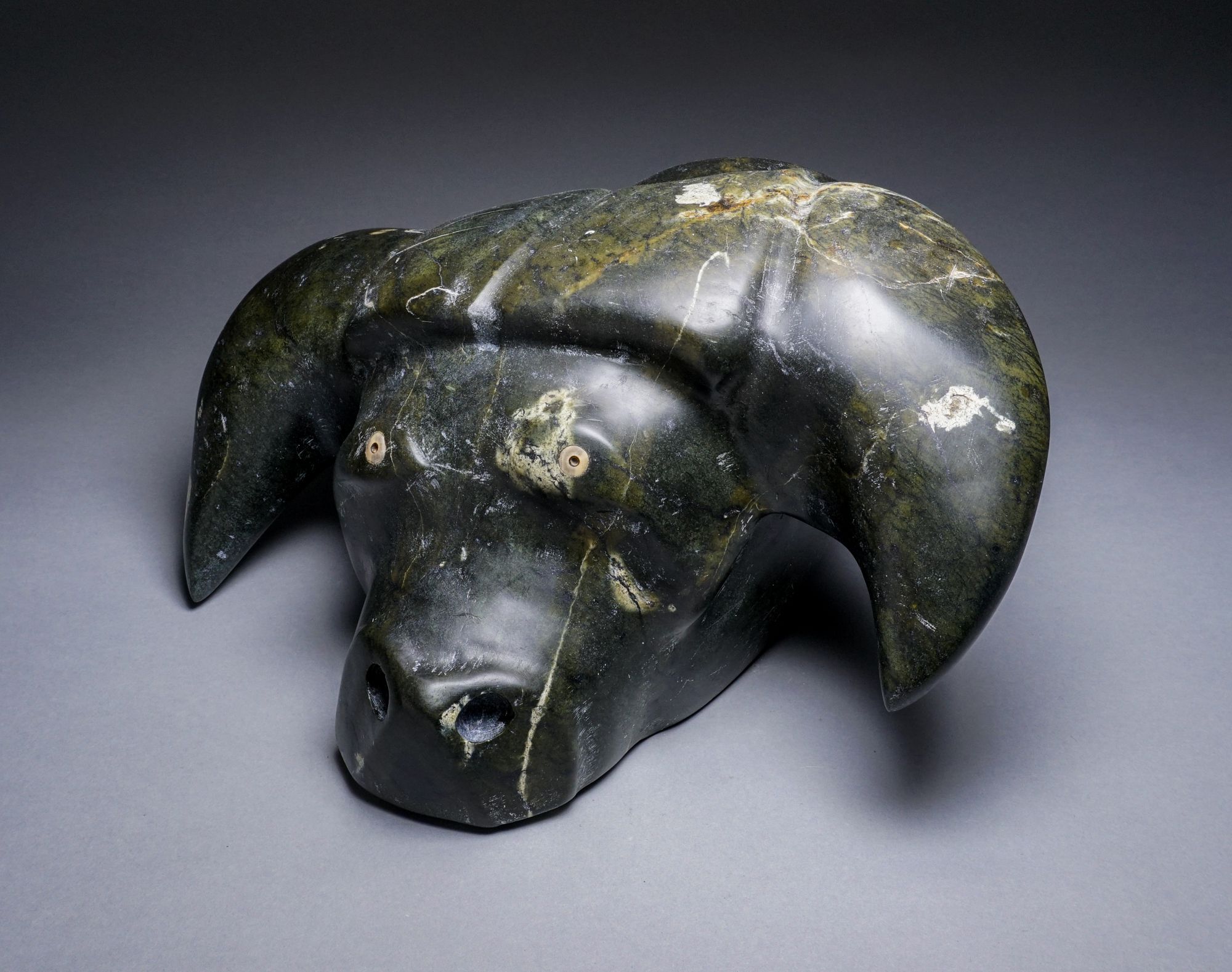 What if a seal could fly, a walrus could walk on hind legs, or a loon could burrow underground? These actions seem absurd but are routine in the world revealed to us by Maudie Okittuq. For her, the unusual is commonplace, the bizarre is familiar, and the grotesque is beautiful. Okittuq was first recognized with a solo exhibition nearly forty years ago where, like now, her remarkable transformation carvings were on display. In the intervening years she has continued to make carvings in a highly distinctive style that has earned her a reputation as one of the most significant women sculptors of her generation.

Okittuq has been making stone and whale bone carvings in the community of Talurjuaq (Taloyoak) since commercial art production first began in the community in the late 1960s, making her a contemporary of celebrated artists Karoo Ashevak and Charlie Ugyuk. Yet, Okittuq’s carvings of spirits, shamans and transformations are completely her own as she has created a rich, personal language to articulate the myriad figures of the spirit world.

Shamans abound in Okittuq’s oeuvre. Shamans — figures who are highly in touch with the natural world and who can commune with animals of land and sea — were highly significant figures in traditional Inuit life. They were also said to be able to take on the likenesses and attributes of wildlife, an act which has been regularly captured by Inuit artists, including Okittuq, in transformation scenes. In Okittuq’s work shamans are often recognizable as figures with mostly human physiognomy but who have two long fangs or tusks, as in Seal Shaman (1999) and Walrus Shaman.

A stand-out aspect of the artist’s depiction of shamans is her propensity to depict them as female, as in Shaman (2000). Here the figure wears a traditional woman’s amauti with a wide hood and elegantly sloped hem. Okittuq is one of few women sculptors from the Netsilik region to reach a level of distinction; even in her carvings, which seem so surreal, her perspective as a woman remains clear.

Okittuq’s sculptures often capture the exciting and unusual moments of figures in the middle of a transformation. Often in dynamic poses and with limbs from humans and various animals, her creatures are remarkable for how whole they appear, despite the fact that they are composed of disparate elements. Transformation, in which a human is transforming into a spirit figure with a walrus head and bird’s wing, is a prime example of her ability to depict a specific moment in the act of transformation. Similarly, Transformation is a small but powerful work that depicts a figure who is both human and bird. Like many of Okittuq’s carvings of figures from the spirit world, the creature has one human foot and one of an animal.

The spirit world and all of its inhabitants are the overwhelming inspiration for Okittuq’s art. Revealed in her robust carvings of animals, small but intricately carved spirit figures, energetic transformation scenes, and bifurcated shamans, Okittuq’s connections to her environment and the non-physical realm is clear and strong. Like many of her carvings, it could be said that Maudie Okittuq herself has one foot in this world and one in the spirit world.