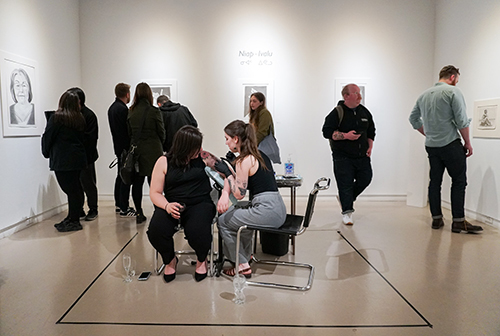 We’ve hosted drum dances and throat singing and many other forms of Inuit performance. But never a live tattooing session. It took someone with the force of personality of Niap – aka Nancy Saunders – to make it happen within our walls.

Niap herself is on a roll. It seems like everything she imagines is becoming reality. She has several commissions for murals in her hometown of Kuujjuaq and other communities in Nunavik. She won a national competition for a mural commission for the National Museum of Nature in 2017. Her installation piece katatjausivallaat was acquired by the Montreal Museum of Fine Arts, being the first installation piece made by an Inuk artist acquired by the museum. She’s also had her photography exhibited and she’s only been working as an artist for less than five years.

She was here at Feheley on May 16th for the opening of her show, Ivalu. The concept behind the exhibition is the renaissance of traditional tattoo art for Inuit women, marking certain milestones in their lives.

Niap has stitched tattoo designs with a variety of modern wax thread and traditional sinew thread onto her subjects, which include her mother, her grandmother and her great-grand mother. She has also created some minimalist graphic pieces based strictly on tattoo patterns. Together they make a very strong statement of this reclamation of Inuit culture.

But of course, this being Niap, that still didn’t go far enough. She wanted the real thing, so as part of the opening, Nunatsiavut skin poke artist, Jessica Coffey, created a traditional tattoo on Niap’s arm – live in front of the audience. This was being done while Niap read letters she had written for her people. Speaking of encouragement, desires of healing and desires for the future.

It was a very moving evening. Niap is a very strong voice as a representative of her culture – a voice we can look forward to hearing for years to come.

It’s inspiring to see the next generation of Inuit artists rising to the occasion and bringing a fresh new perspective to the role their culture plays for them individually and within their communities. 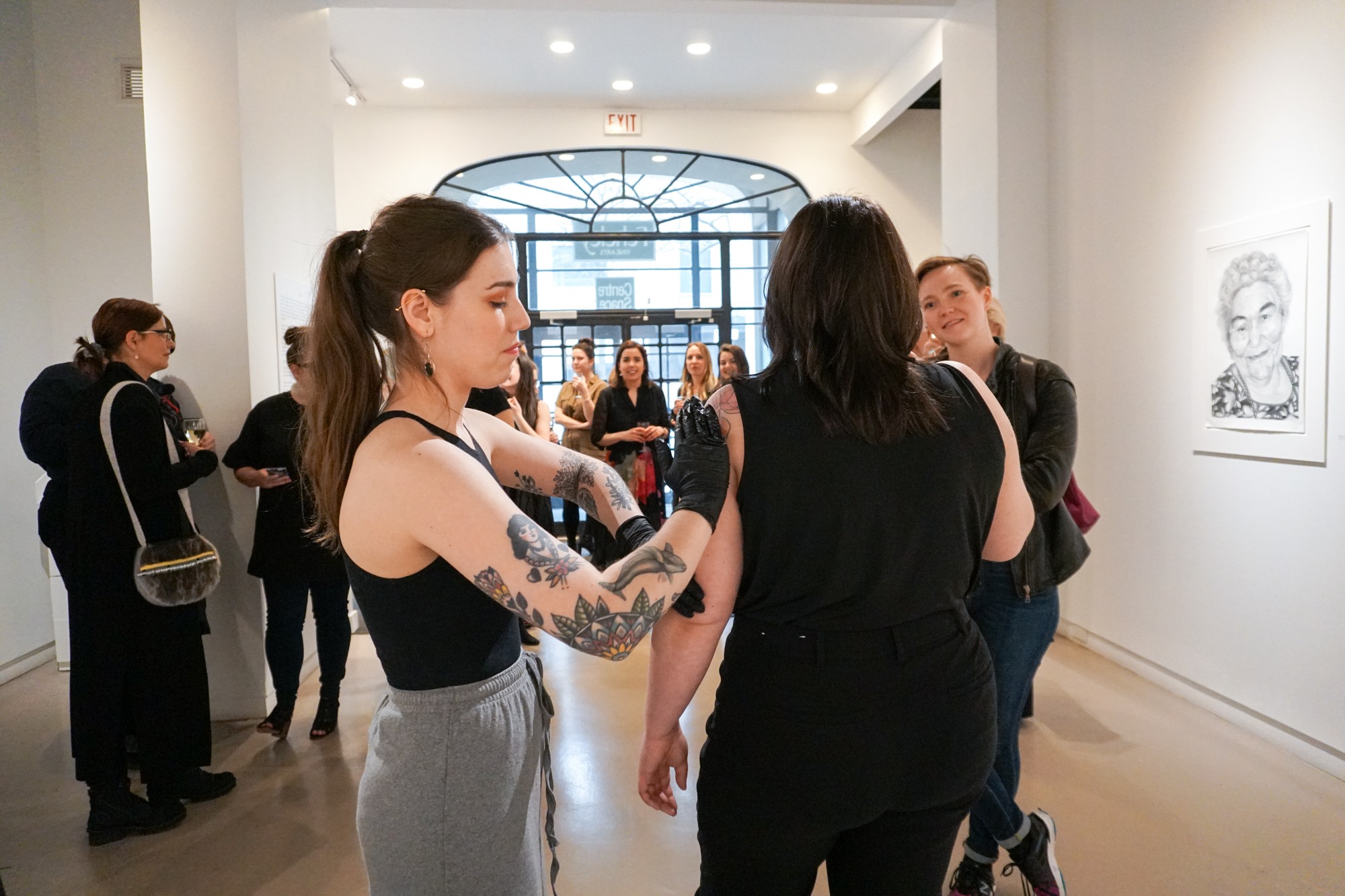