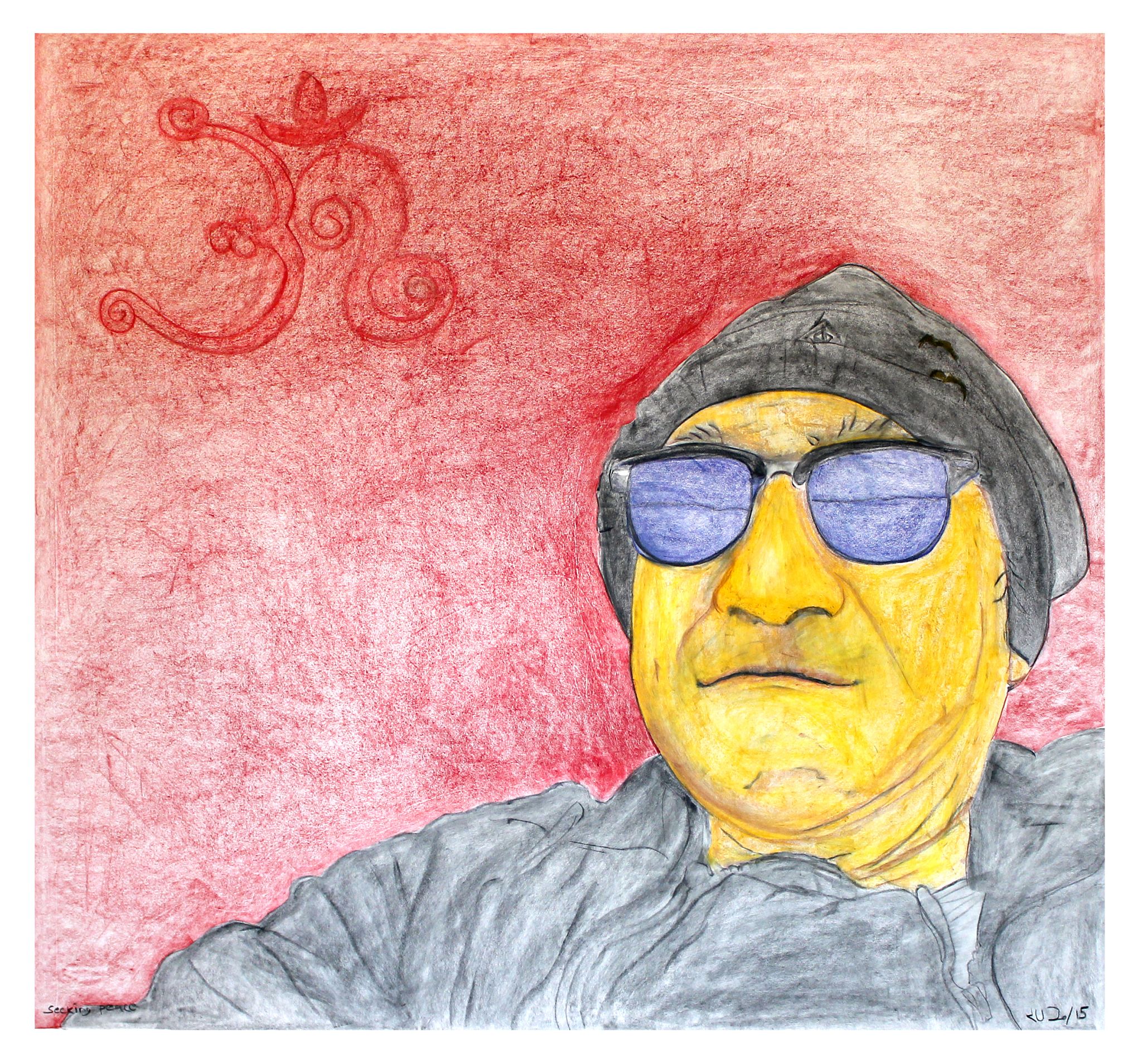 Jutai Toonoo belonged to the middle generation of Inuit artists who bridged the old and new worlds of the Arctic.  Born in 1959, he grew up in Cape Dorset, a witness to the transformation of this small isolated settlement to a modern community.  Ever curious, he took advantage of increased communications and global awareness to reach out for knowledge.  The art mirrored the man; thoughtful, philosophical, and questioning.

Beginning as a sculptor, Toonoo swiftly developed a personal, truly contemporary style. His images of heads and faces seemed to express his own emotional life.  He often integrated text into his compositions, commenting on current social concerns such as suicide, drug addiction and Inuit identity, as well as other national and international social and political issues.

Toonoo found an even more expressive medium when he turned fully to drawing in the late 1990’s.   The last fifteen years were his most innovative and experimental.   He worked and reworked themes, manipulating his materials obsessively to create the texture and blended bold colour that heightened the expressiveness of each work.   Themes recur; portraits and self-portraits, sometimes peaceful and sometimes tormented; the landscape around Cape Dorset; everyday objects or carefully composed elements.

He leaves behind a body of work that is a testament to his dedication to art making, his questioning spirit and endless experimentation.  This is his legacy for future generations.

For Jutai Toonoo, rules and boundaries where there to be tested, stretched and often broken. Fiercely independent, he challenged accepted conceptions of Inuit art, asserting a distinct cultural perspective that was engaged with global culture and new technologies. He seemed to always be looking, his subject matter at times wide-ranging, yet he always returned to faces, his own, friends, loved ones. His art has an intensity and intimacy, deeply felt and genuine, he was one of the most real people I have ever known. We shared a deep love of Johnny Cash (and punks like Joe Strummer of the Clash and Mescalaros fame), I learned much from him, and we had much to do together still. Such a loss, but I am convinced his significance will continue to be recognized. Like Johnny Cash kicking out the footlights at the Grand Ole Opry and giving the finger to the cameras, Jutai could be intense and provocative, but it wasn’t a pose or an act, he was solid, the real deal.
Andrew Hunter
Frederick S. Eaton Curator of Canadian Art
Art Gallery of Ontario 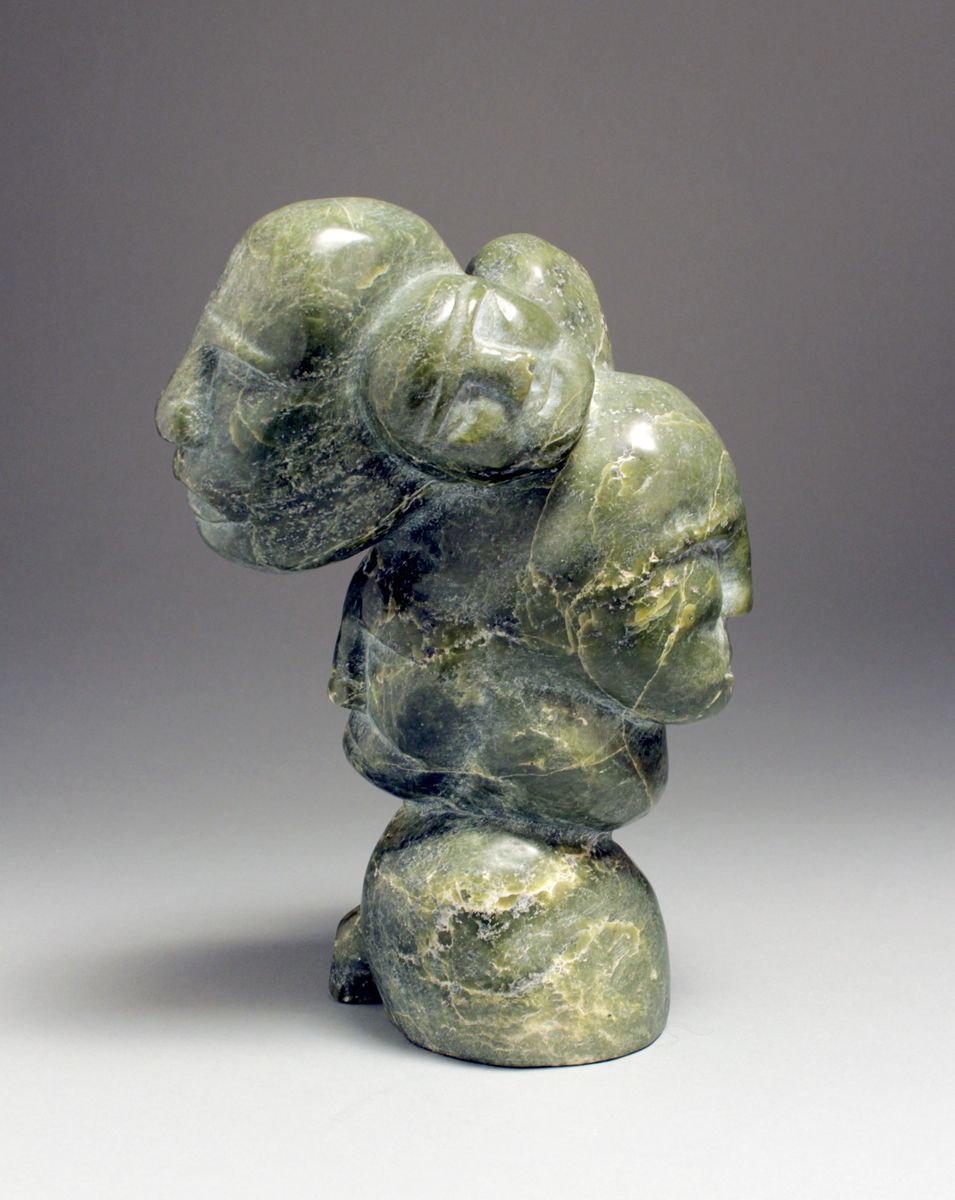 When Jutai would arrive with a drawing; “He would glide through the door with a provocative message emblazoned on his T shirt, a huge grin on his face and a weather beaten print tube in his hand. After we had settled on a price for his drawings, Jutai would stay just long enough for a coffee and he would regale us with tales of absurdity between insights of spiritual wisdom….  It all seemed so audacious, unconventional and spontaneous – but that was Jutai.
John  Westren
Dorset Fine Arts

I remember when he first brought his work into the co-op, tall little thin figures that reminded me of old Parr.  He made them to stand perfectly upright and they were like shadows of spirits…. his mind and words went right into the stone.   He would talk through these stone figures in strong, powerful words of wisdom, faith and politics
Jimmy Manning
West Baffin Eskimo Co-operative Limited

Jutai’s work was the Yin to the Yang of everyone else’s work here in Cape Dorset.  He drew everything from the banal to the majestic and nothing was off limits…he had few filters.   He worked outside the box at all times and it is a lonely place to be. He was tormented by his philosophical inquisitiveness and his expanding understanding of the world around him was in sharp contrast to his roots, being an Inuit man living in a small Arctic town….it was a privilege to have known him, he was a real artist.
Bill Ritchie
Manager, Kinngait Studios

Jutai Toonoo was determined to pursue his own path.  For example, he avoided overt references to Inuit culture, and left the surface of his sculptures unfinished because “mankind…is kind of rough.”  For the most part, the themes found in the drawings of Jutai Toonoo carried over from his sculpture.  Particularly important are his portraits.   Some of these are identified as self-portraits. In these, as in the sculptures, Jutai probed psychological states, the global human condition, and his personal experiences.   He stated, “I try to say what’s on my mind. It’s my perception of my surroundings, of what is going on around me.”  His choice of topic was highly personal – informed by whatever concerned him at the moment – and his message was often abrasive, critical, but not without humanity and humour.
Christine Lalonde
Associate Curator of Indigenous Art
National Gallery of Canada