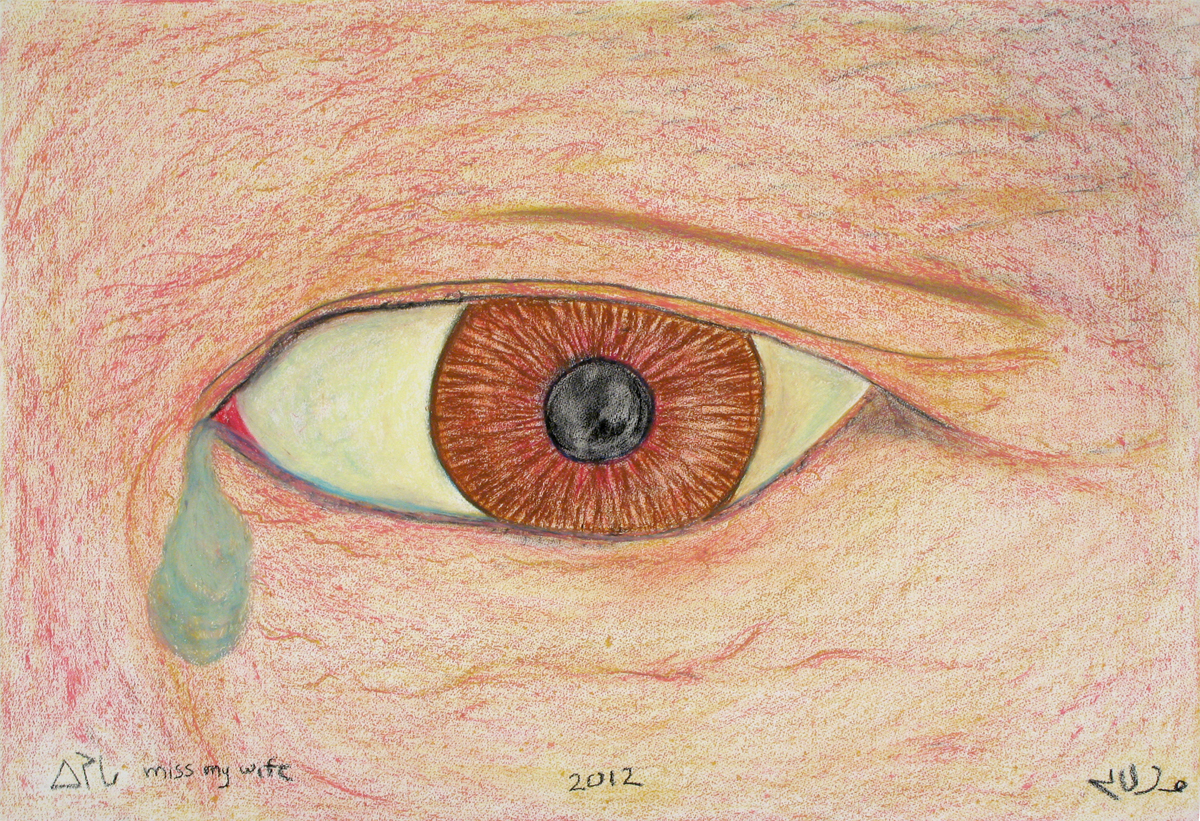 All of Jutai Toonoo’s drawings seem deeply personal. Described by William Ritchie, manager of the Kinngait Studios, Toonoo’s process is an “explosion of emotion… a fit of anger or joy.” At the same time, this volatility is “balanced by his spectacular work. He’s got an incredible eye and an incredible use of colour. He’ll dive into any new medium.” His emotion is translated into his work, especially with his self-portraits. In Self, Toonoo’s face is partially obscured by the red from the background, so that the viewer feels as though the mood of the artist is borne all around him. Miss My Wife, is a portrait of the artist’s eye shedding a single tear for his wife Nina’s absence. The force of emotion conveyed through Toonoo’s expressive lines and detailing of the iris signal to the viewer the artist’s emotional state while his wife was away.

Working as a sculptor since childhood, Toonoo only came to drawing within the last decade. His approach was immediately unique and dynamic, demonstrating he was in full control of the medium. This connection with the medium allowed for an unparalleled intensity in Toonoo’s oil stick work. The fluidity and movement of oil stick also translates nicely into larger sized paper, so that his portraits are often monumental and embody an inimitable dominance. Although he is often now recognized for his work with oil stick, he has also developed his technique with acrylic and watercolour painting. 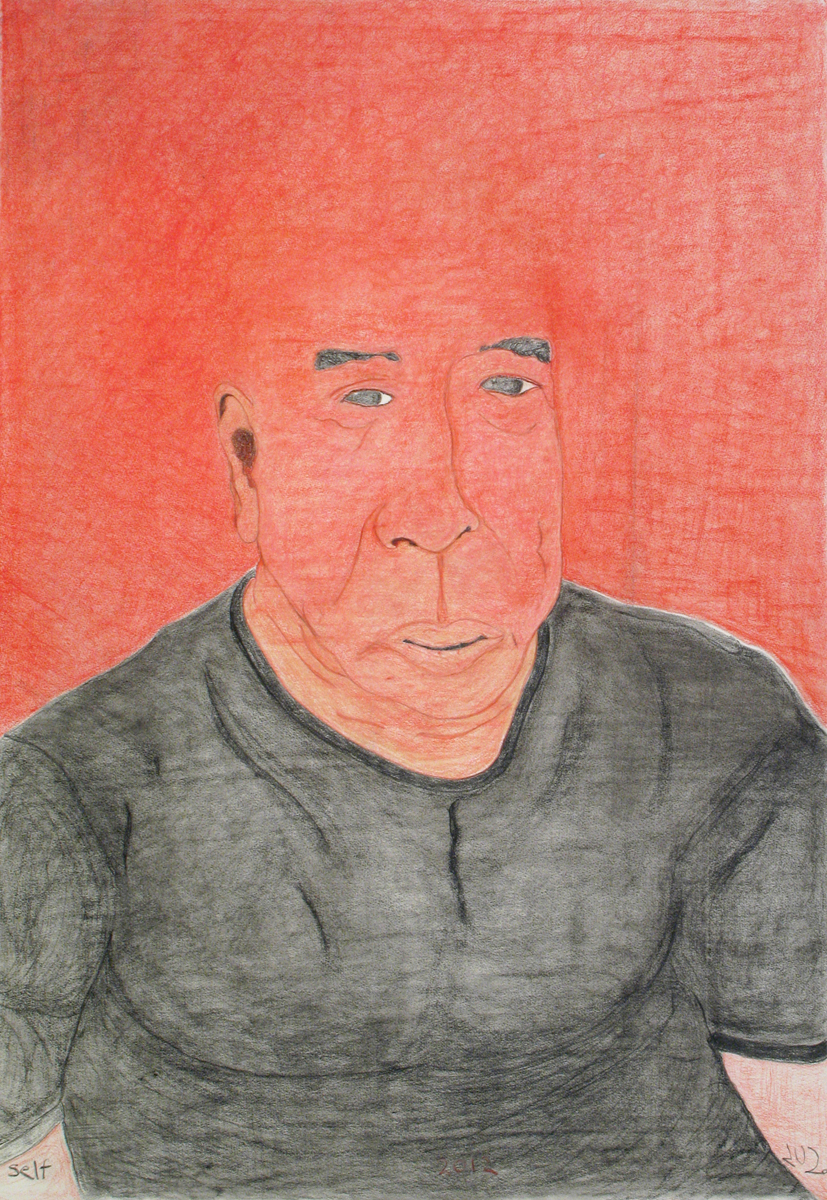 Recently, his explorations of human anatomy have become even more focused. Well-known for his portraits in both sculpture and drawings, Toonoo has taken this examination of the human figure further and examined separated elements of form as with Nude Woman and Mammeries, in which the anonymous female form is the subject. Mammeries, as it was titled, seems to indicate a mixture of the words “memories” and “mammary glands” – alluding to the pregnant belly of the woman pictured, or the memory of such a subject.

In Old Ear we see the lines and shading reminiscent of the expressiveness of Vincent van Gogh. Despite being only a portrait of his colleague’s ear, this depiction is animated with an expressiveness so personal that the image seemingly imparts a very intimate knowledge of the subject.

Affected by religion and strong spiritual tendencies, Toonoo often develops this into personalized statements of his spiritual anxiety. In Blind Leading the Blind, Toonoo uses a biblical parable to represent his experience of listening to the radio when people were “talking about love and God but then they seemed to hate others who are not like them.”

Similarly, in Dark Side of Me there is a beauty and dimensionality that seems as if the subject will reach through the paper and touch the viewer’s hand. With bold and moving drawings like Man in a Cold Night we can see how Toonoo infuses his work with an intensity and life that is based on his use of colour and the activity of his sweeping and blended lines, while separating the features of the subject’s face from any body or context.

His conceptual tendencies allow his work to be much more abstracted than what is commonly identified as Inuit art. With My Shell and The Beggar Toonoo lends his talent to images that appear modern in any sense. His blending of the colours and experimentation with the composition allows him to develop his own style of exploring both the medium and his own abilities. In My Shell Toonoo explains that “this drawing began with a circle, which reminded me of the shape of a uterus. So I drew myself inside”. This study of external and internal anatomy together lends itself to a dissection of composition and form that shows elements of experimentation and experience with the medium. 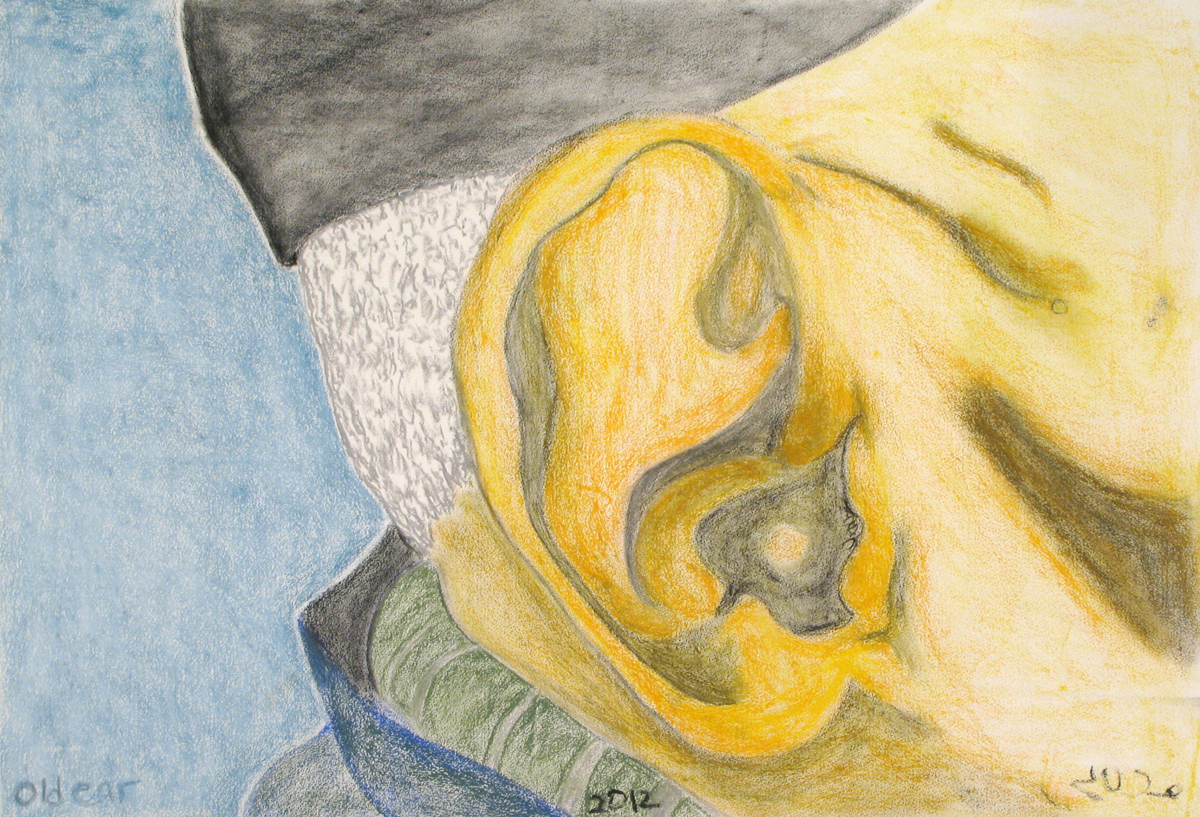 He has a volatile yet extremely sensitive and observant attitude towards those around him and his culture. Toonoo’s fearlessness with subject matter and media has allowed him to become one of the most intriguing and compelling artists from the North. In both his sculpture and his drawings he brings the narrative and the composition together to create highly emotive and sophisticated imagery.

Comprising all of the elements that make a great modern artist – passionate, experimental, and natural talent – Jutai Toonoo is truly a contemporary artist of his time and is in no way limited by his cultural identity. The emotional, humorous, and spiritual elements he infuses in his work have come to define his practice. Spending years establishing himself as a sculptor, Toonoo’s graphic work is bringing his art to a new level where sculpture, portraits, landscapes, or abstract forms can be easily identified as his work. With a tumultuous past and an ever-changing present, Toonoo has been exploring himself more thoroughly as an artist: “I think my work has been evolving for quite some time now and I think I am finally getting good at what I do”.