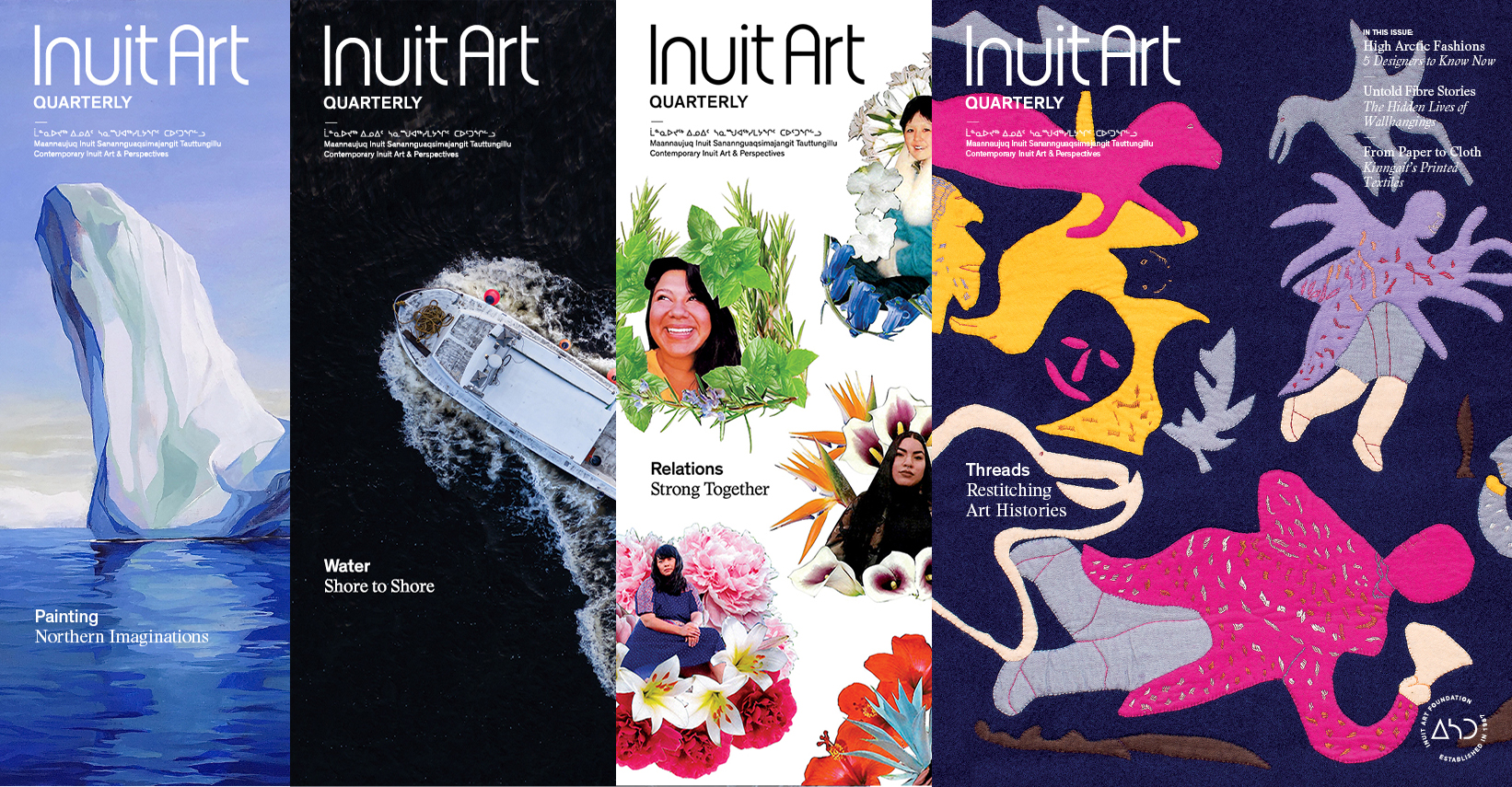 Congratulations to the Inuit Art Quarterly on being nominated for seven 2021 National Magazine Awards! We could not be more proud of how far the IAQ has come.

Since 2013, the Inuit Art Foundation has ramped up its visibility and outreach after nearly closing down. Now, the Quarterly has become a staple periodical in the Inuit art world. It is firmly established as the sole publication dedicated to the art and artists from across Inuit Nunangat, with readers based across the world.

The seven nominations include:

The awards jury praised the magazine for its success during the COVID-19 pandemic, continuing to bring the best of Inuit art writing to readers throughout the difficult past year. “A beautiful and challenging magazine about beautiful and challenging art, and a powerhouse fundraiser to boot,” said the NMA jury about Procida’s nomination. “No small feat in a pandemic year.”

This is the second year the IAQ has been nominated for Best Magazine: Art, Literary and Culture, along C Magazine, The Literary Review of Canada, and the Feathertale Review.

Award winners will be announced June 11. Best of luck to our friends at the IAQ!