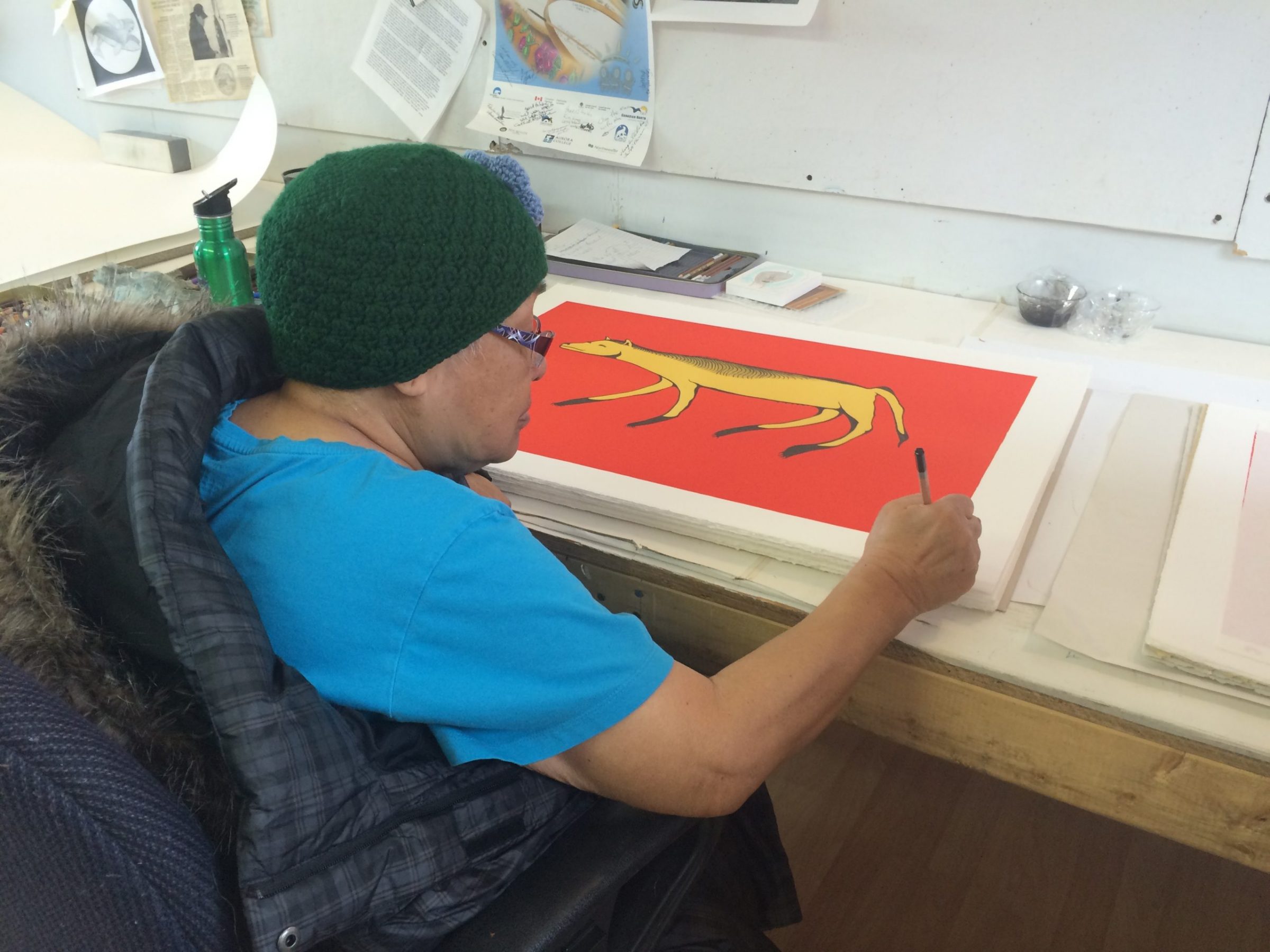 We were deeply saddened to hear of the passing of seminal Inuit artist Pitaloosie Saila. Born in 1942, Saila began drawing in the late 1950s and went on to become one of Kinngait’s most notable graphic artists, working well into her 70s.

Saila’s life was a remarkable one; she broke her back as a child and spent seven years in southern rehabilitation hospitals. When she arrived home around 1957 the fledgling Kinngait Studios were about to be born and Saila became part of the first stable of artists. Her prints were consistently included in the Annual Cape Dorset Print Collections from 1968 to 2020, some of the most compelling of which were influenced by her childhood years spent in southern hospitals.

Throughout her career, Pitaloosie Saila exhibited innovation in both the subject matter and style of her graphics, and had a special place in her heart for images of strong females figures, as well as the powerful Mother and Child. Saila will be deeply missed by the many family, community members, and avid admirers and collectors of her extraordinary work.