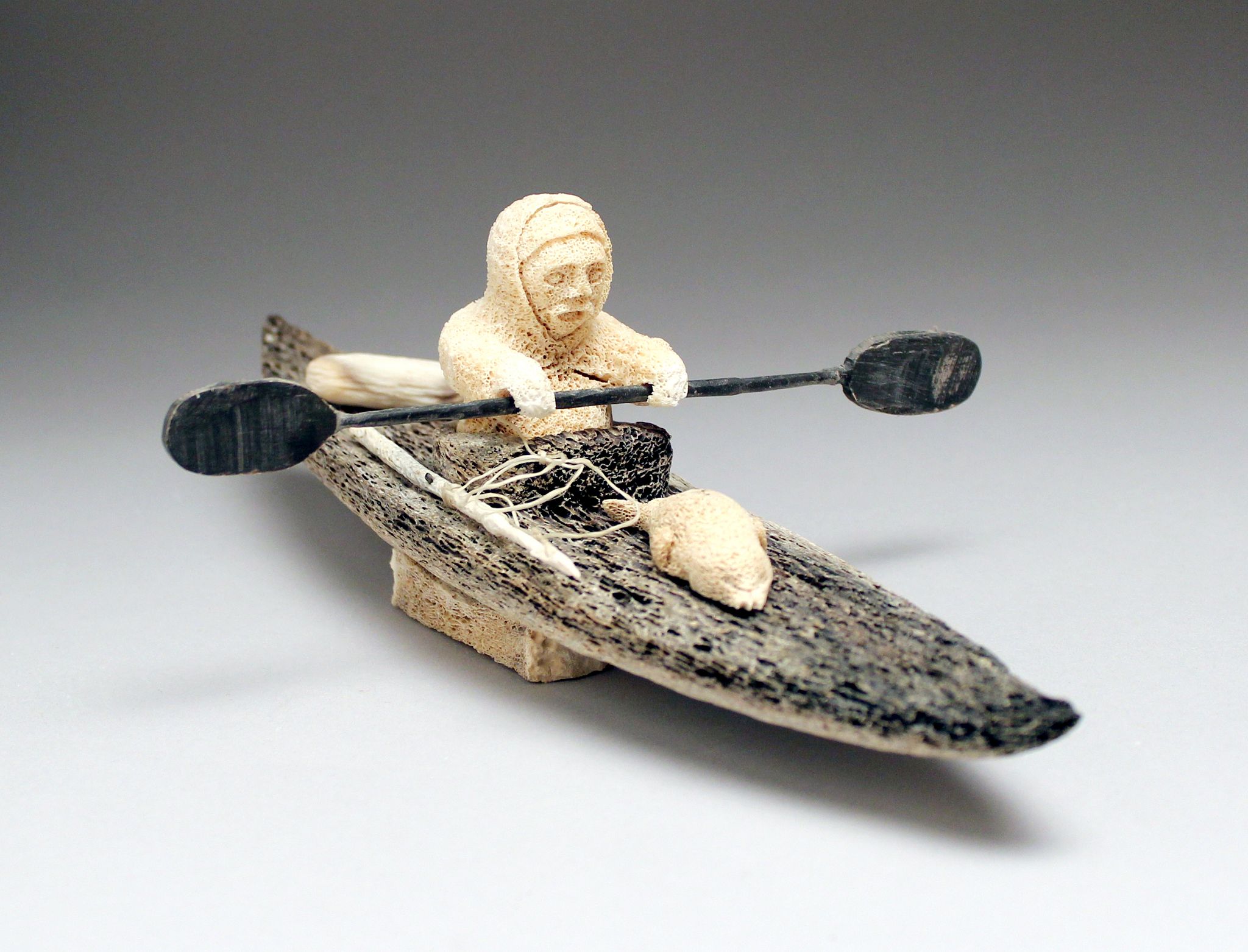 Shimout was born into a family of artists, and has lived his whole life in Salliq (Coal Harbour), NU. He began carving in his teenage years, and learned by observing his father, Anakudlak Shimout, and his older brother Matthew.

You can visit Daniel Shimout’s exhibition In the Old Days at Feheley Fine Arts until March 15th, 2014.