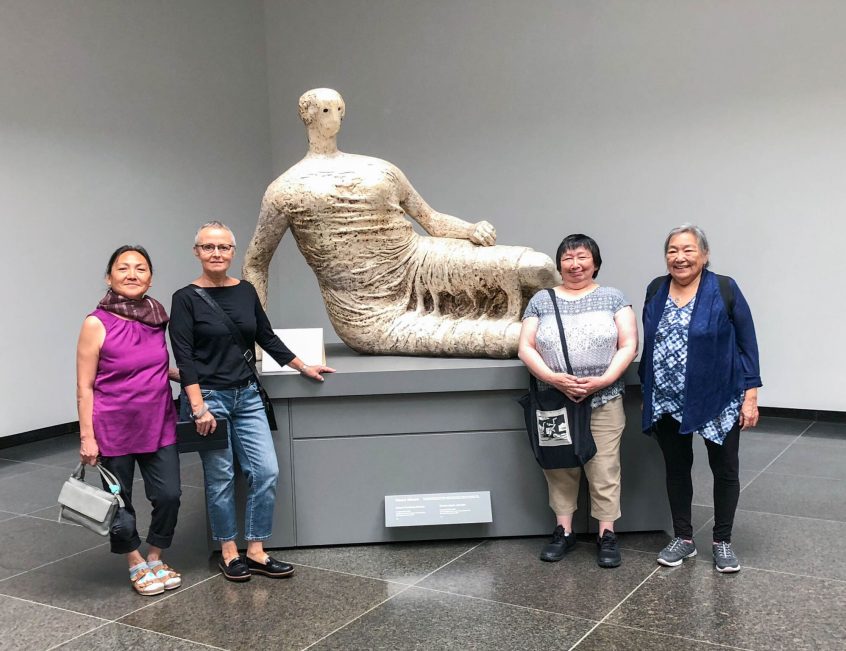 Mary Paningajak, Lyne Bastien, Qumaq Iyaituk and Passa Mangiuk at the Henry Moore Pavilion at the Art Gallery of Ontario.

Feheley Inuit Art was the host of its own North/South convergence on September 6th as the four artistic collaborators arrived from Ivujivik, Nunavik (Arctic Quebec) for the opening of this landmark exhibition.

“This is the most unique collaboration I’ve ever seen.” – Pat Feheley

The power of the exhibition comes not just from the bold, graphical approach of the art itself, but also from the bridges the collaboration built, between cultures and between the past and the present.

The impetus behind the work was Montreal-based printmaker, Lyne Bastien’s move to Ivujivik a couple of years ago. She was determined to do something to foster local artists.

“I wanted not just to live in isolation – I wanted to share something with the people there and work with the artists. So I started teaching linocut printmaking because I thought it was the most accessible, easiest medium to work with and was so close to stone cut printing that had originated there.” – Lyne Bastien

You can see this inspiring collaboration unfold in a video shot by Lyne Bastien’s husband, Mark, documenting the process.
STUDIO VIDEO

What jumps off the walls of the show isn’t just the remarkably bold and graphic artwork, but the stories behind the prints – these three women’s poignant stories of survival.

“My mural is mostly about survival, how they survived – for children, for women and for men, because everything I show here is about not freezing in the cold, because it gets to be 40 below… They survived so we can be here today. As an Inuk, these are my precious values.” – Qumaq Iyaituk

“I grew up with flowers. I used to eat them every year because we didn’t have a store. My father used to make tea with them when we ran out of tea. I still eat those flowers. We survived with those flowers.”
– Mary Paningajak

Listen to all four artists tell their stories at the opening. OPENING NIGHT VIDEO

Following the opening, all four artists had the chance to explore Toronto’s cultural landscape the following day.

They went to the Art Gallery of Ontario where they met with Georgiana Uhlyarik, Associate Curator of Canadian Art and curator of the recent major exhibition about Kenojuak Ashevak and Tim Pitsiulak, Tunirrusiangit. The Henry Moore Pavilion was a real hit. 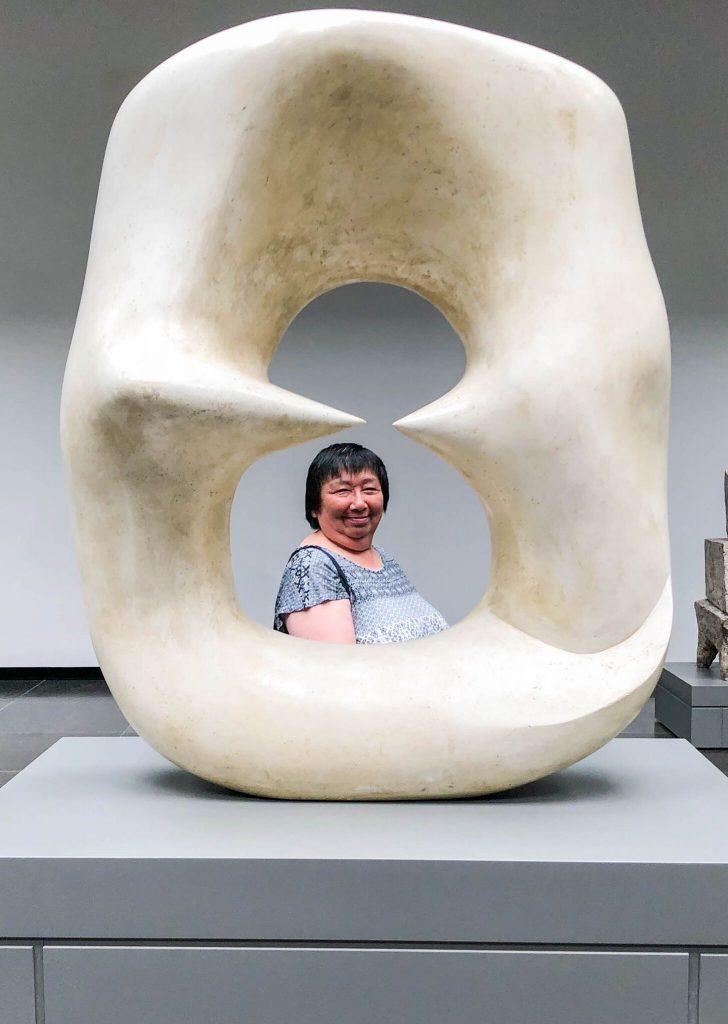 Qumaq Iyaituk at the Henry Moore Pavilion at the Art Gallery of Ontario. 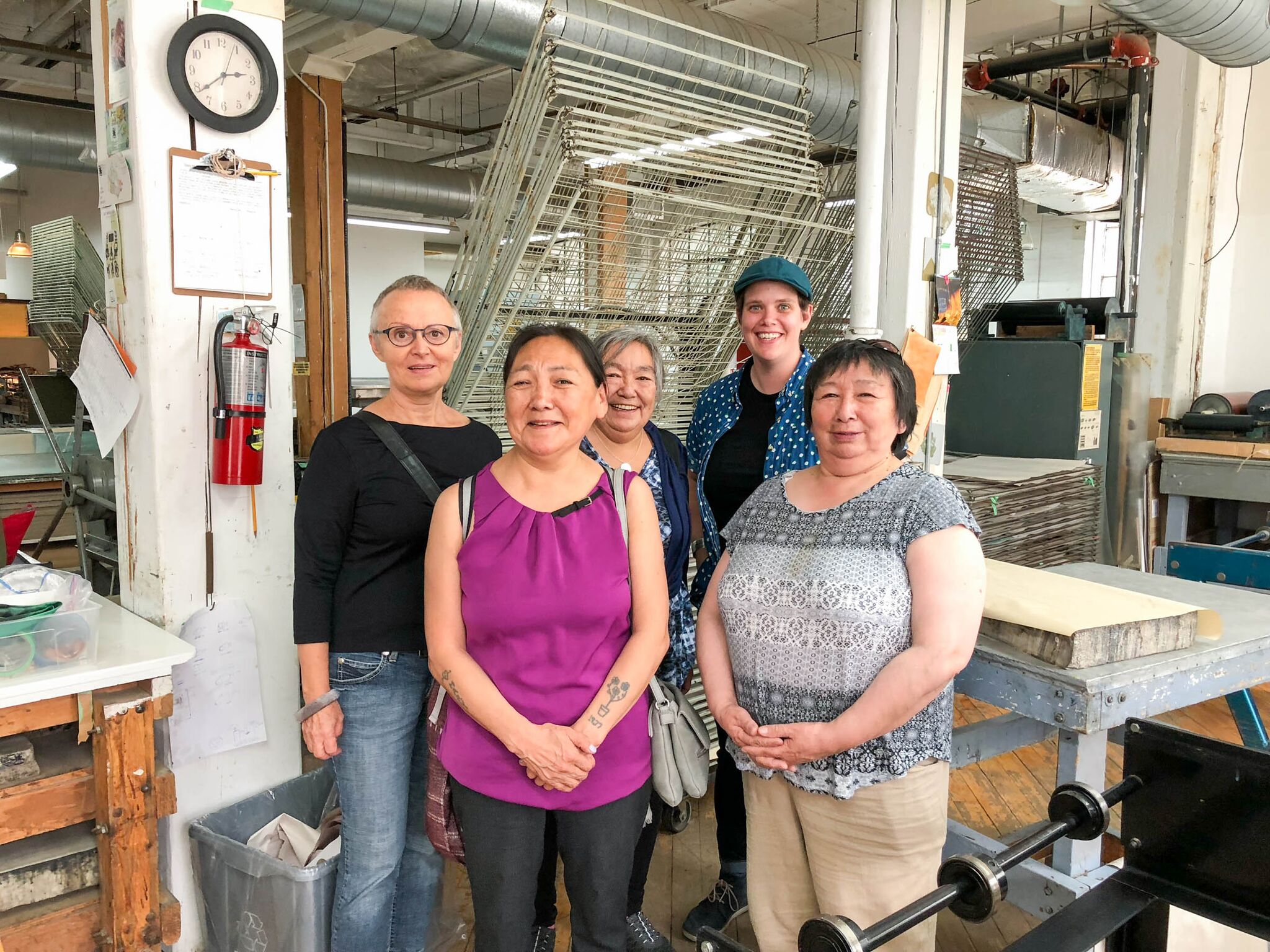 The last stop on the tour was the substantial Bank of Montreal Corporate Art Collection housed on the 68th floor of their headquarters in Toronto’s financial district. Their tour guide was Senior Associate Curator, Brad van der Zanden (a Feheley alumnus). 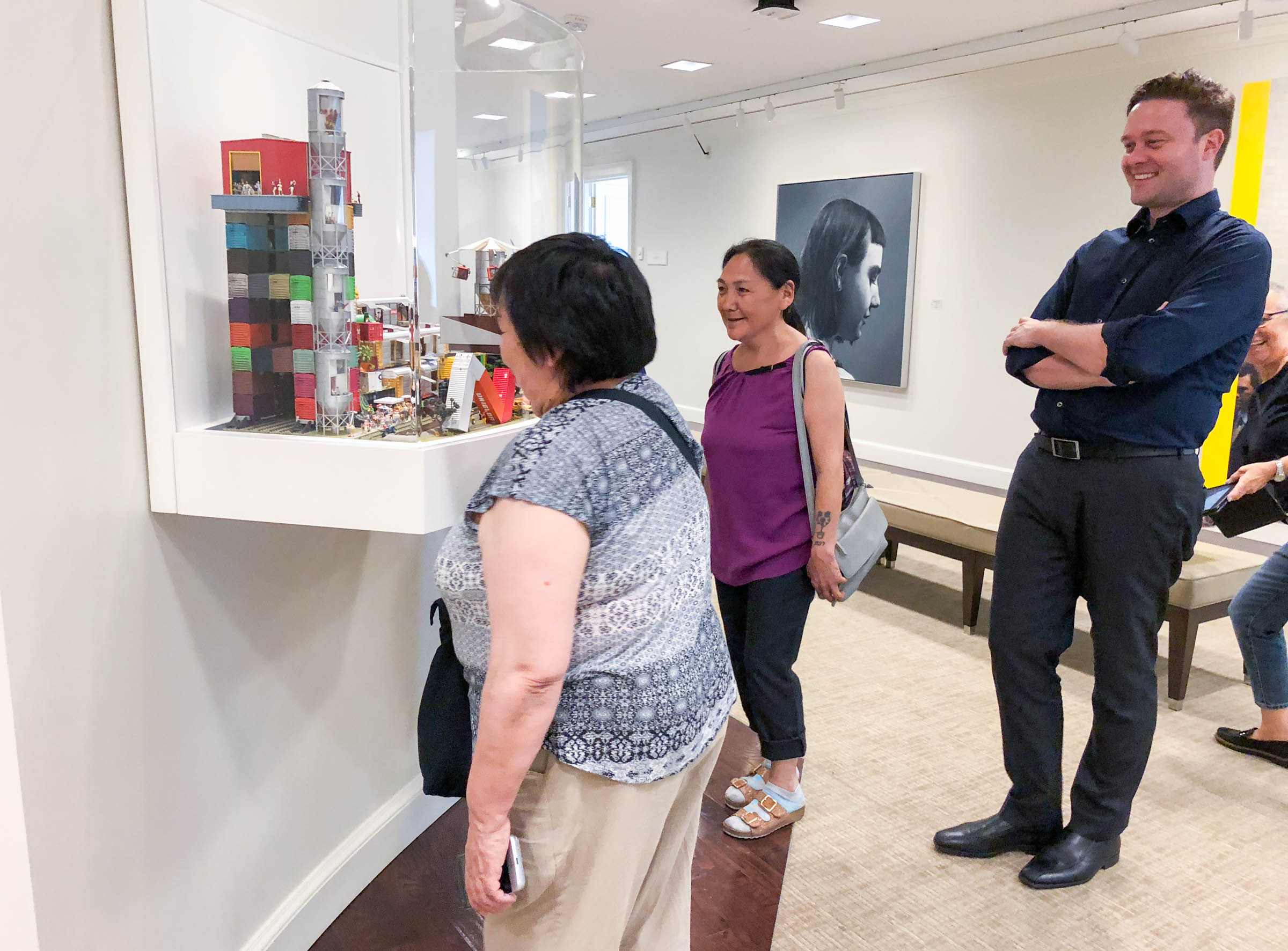 The collaboration brought North and South together in a way that was respectful and unapologetic. The exhibition is a wonderful demonstration of how cultures can be shared in a way that elevates both the art and the inter-personal connections. A very positive blueprint for future convergences.