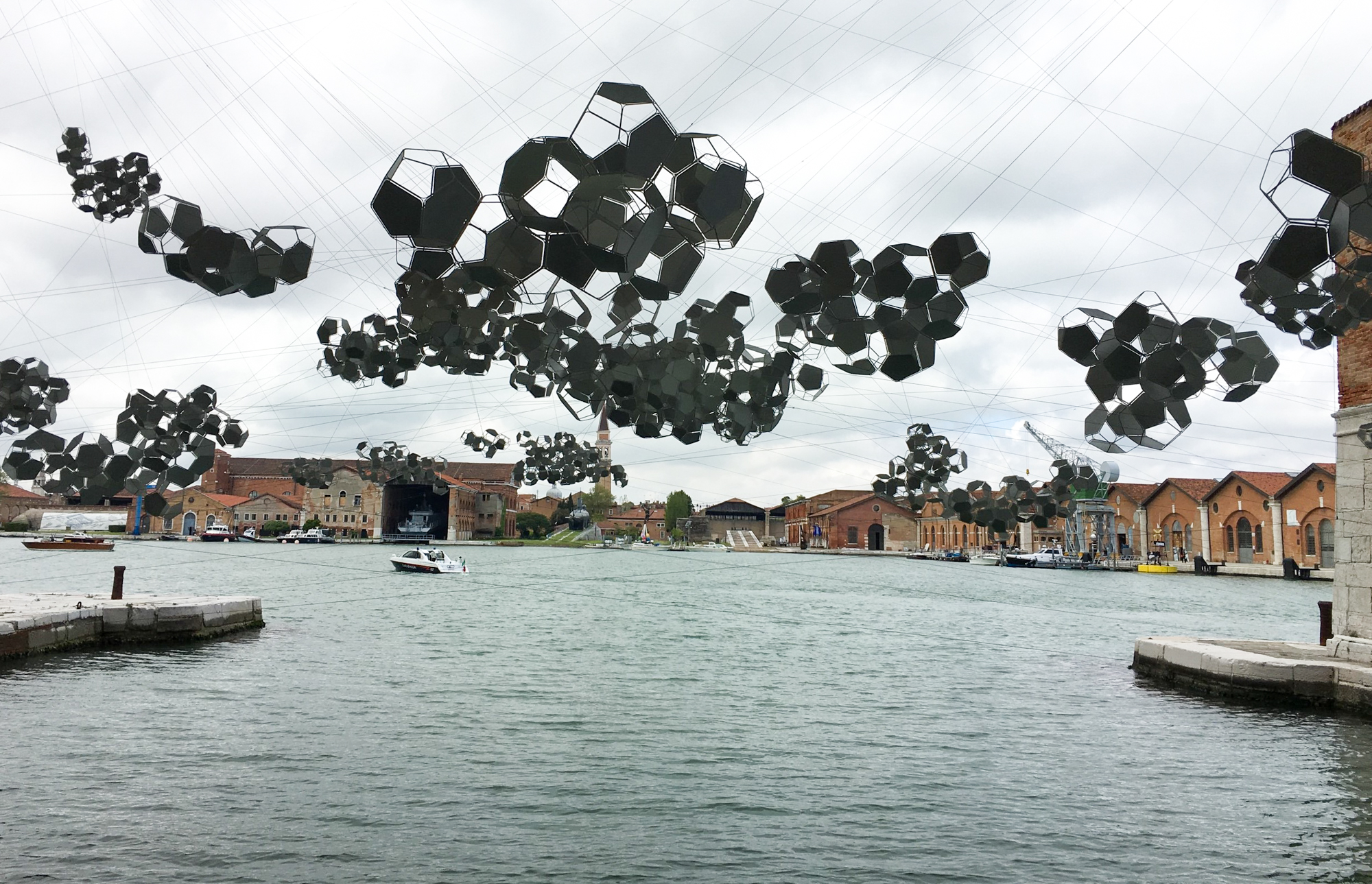 Here in Venice, it’s fascinating to see what art stops people and what keeps them moving. There’s a certain herd effect here, as if you’re queuing to get on a platform for a train. The crowds are dense and you sometimes have to make a willful decision to stop, while the pack moves on.

After touring the Giardini section of the 58th International Art Exhibition – La Biennale di Venezia yesterday, we toured the even larger Arsenale area today. Again it proved hard to predict what would touch people enough to engage them with an installation or individual work of art.

While many artists rely on the sheer physicality of large objects to gain attention, others use video, sound – anything to stop the train. These are clearly less than ideal circumstances to be viewing art.

The tone this year is set by the theme: “May You Live In Interesting Times.” There are many works that document terrible social conditions, whether it’s the Palestinian photographer, Rula Halawani’s disturbing large-format images of the Israeli security wall, or the presence of a shipwreck that resulted in the drowning of about 1000 refugees in 2015.

When you finally get outside, at the far end of the Arsenale, there’s a feeling of relief from the claustrophobia inside, with the density of art and people making for sensory overload.

That’s where we found the most stunning piece, suspended in air beneath the roof a former naval boathouse. This work by Argentinian artist Tomas Saraceno. It’s a mixed media piece that combines sounds triggered by changes in weather with the lofty cloud-like shapes that produce a feeling of calm and joy. What a gift in these “Interesting Times”.

The Biennale is such a draw that there are many parallel exhibitions throughout the city that aren’t part of the official program. It was at one of these installations that served as a reminder of the power of a very intimate relation with art. 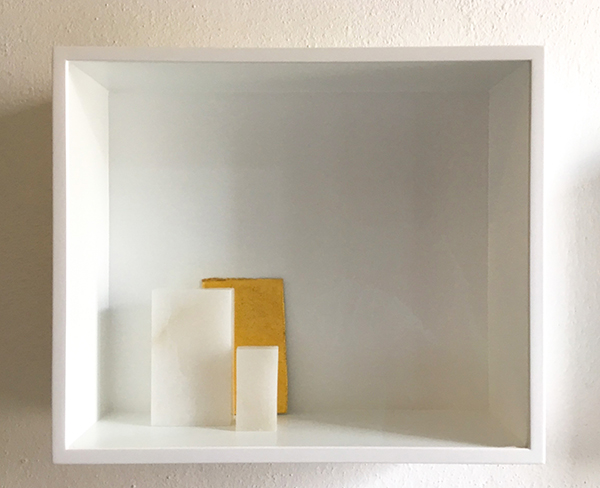 Housed at the Jewish Museum in the heart of the old ghetto, the work is by British artist and author Edmund de Waal. As part of his exhibition, he has mounted a series of simple white boxes along a wall that backs onto an overlook of the synagogue congregation below. Each box contains two or three objects made of gilded porcelain or white marble. The arrangements are all different, highlighting different relationships between the objects. The intent is to depict the ghetto as a place where different cultures connected. The delicacy of the work is a marvel. While we stood there alone admiring the pieces, we quickly recognized that there is no substitute for a reflective, open-ended experience with an artwork. While the spectacle of the Biennale has its own power, it is these quiet moments of reflection that make the kind of visceral impression that is impossible to replicate on a mass audience scale.