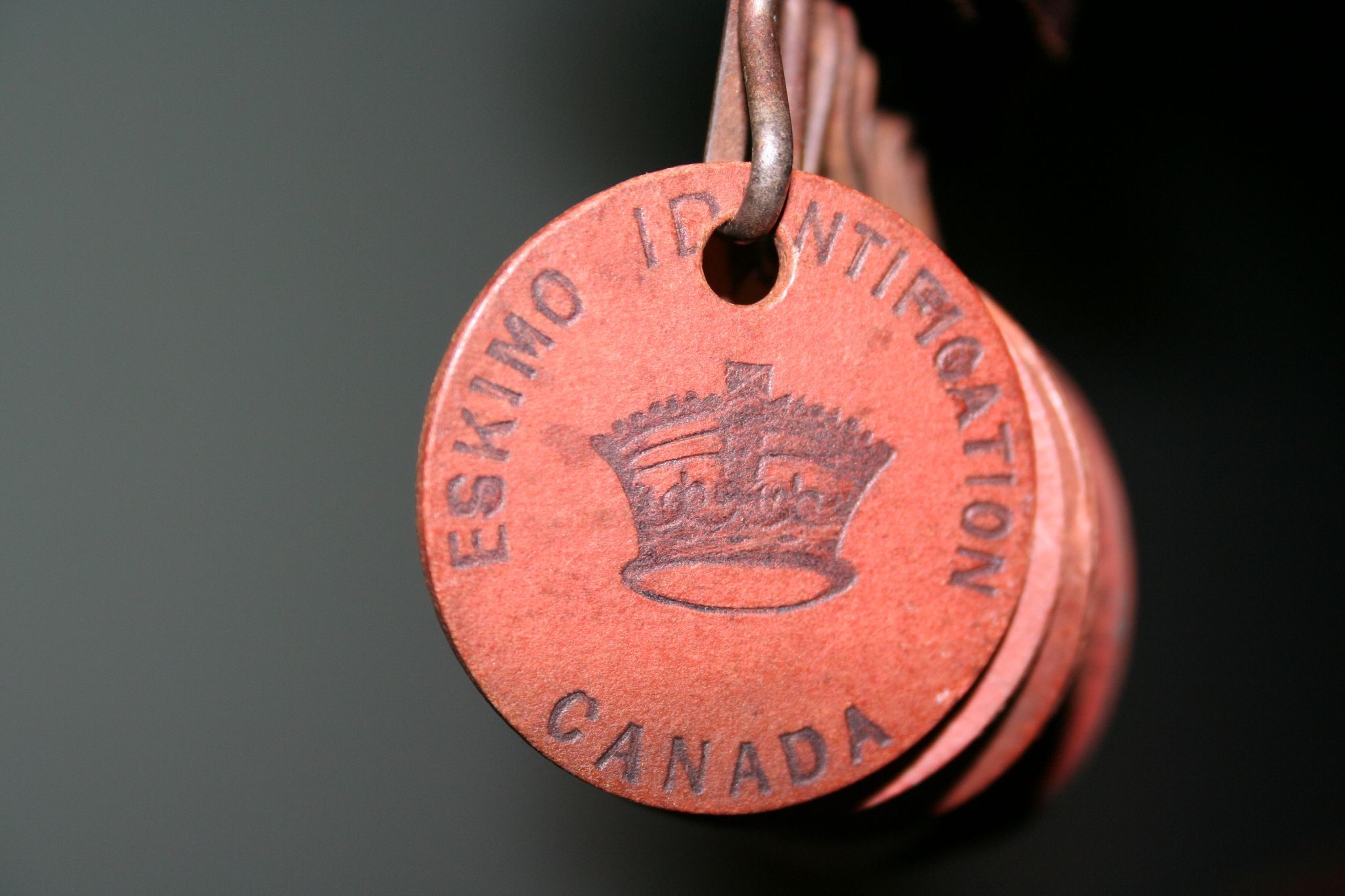 This exhibition allows part of Inuit history to be told, to be shared and debated in a way that, I think, has never be done before. This is significant for me because it is important to bring forth events, issues, history and programming that effected (and continues to effect) Inuit.   Exhibiting both the E-numbers and portraits of my fellow Inuit gives me the opportunity to bridge the gap between a number and a person – it gives voice and identity to Inuit, to recent history.   As well, this exhibition has afforded me an opportunity to explore, enhance and to develop my vision for Inuit photography as a new art form, a contemporary medium, in essence, a new canon. “

The Awareness Series was part of a travelling exhibition, De-Colonize Me, which featured the work of six contemporary Aboriginal artists whose works challenge, interrogate, question and reveal Canada’s long history of colonization in daring and innovative ways.  It is also included in the extensive catalogue by the same name, written by Heather Igloliorte, Brenda L. Croft and Steve Loft.

This exhibition features photographs by Barry Pottle. This is a haunting series of nineteen images recounting the RCMP’s contact with the Inuit. The images magnify the Eskimo Identification Tag, developed for census purposes by the Canadian government beginning in the 1940s. Pottle seeks to shed light on the living history of colonization. Through his photographs he attempts to bridge the gap between the number (tag) and the people.  The series was included in a travelling exhibition, De-Colonize Me, which featured work of six indigenous artists.