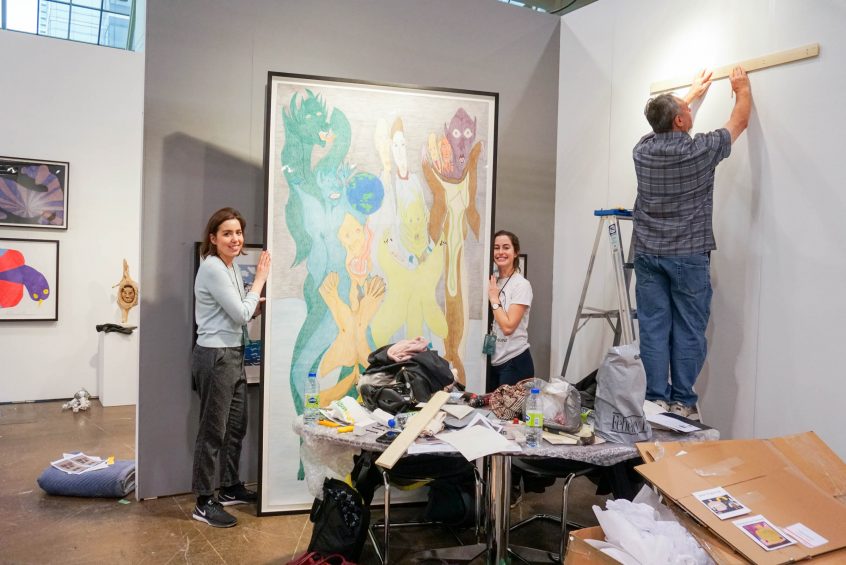 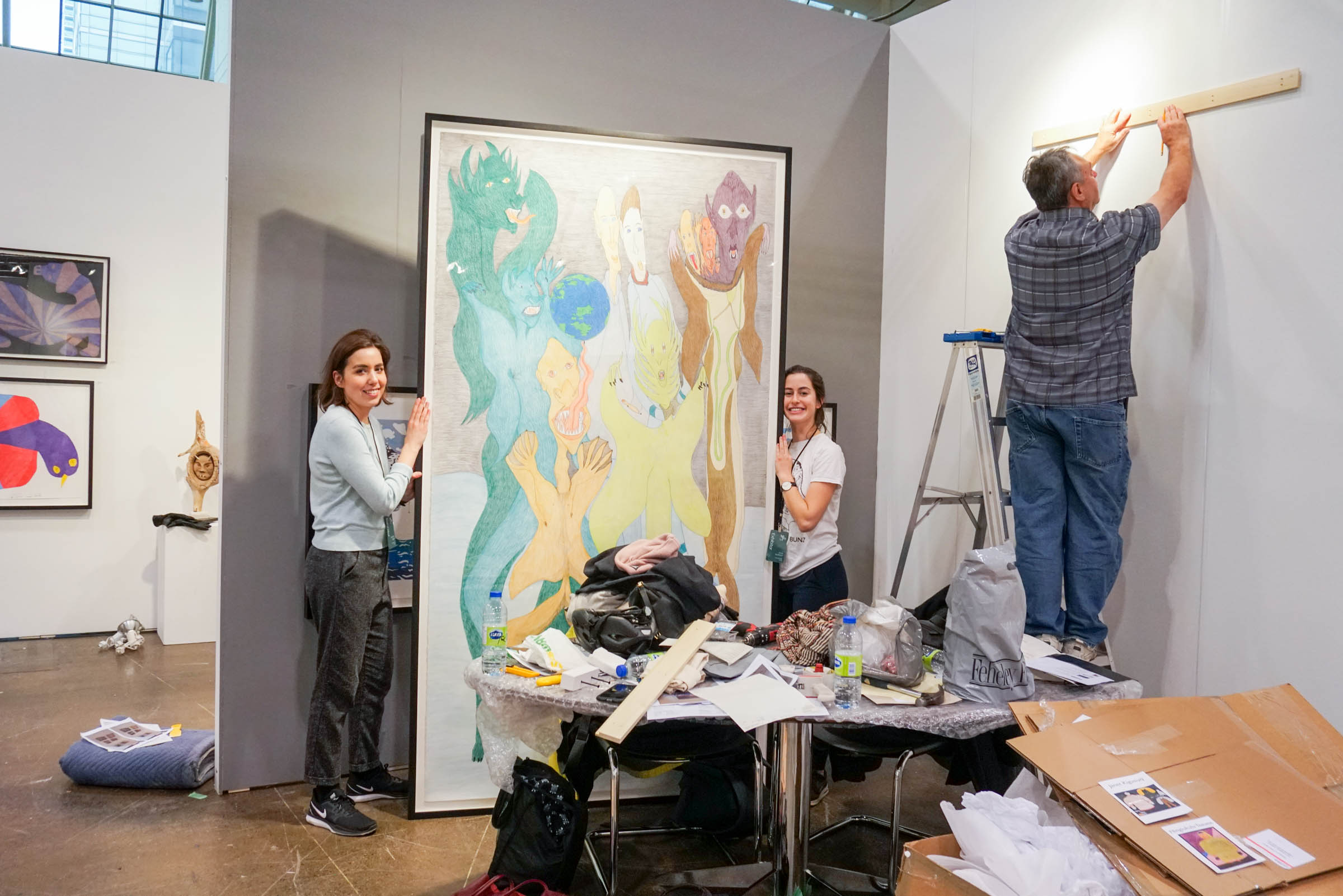 Our own Steph and Elyse at the Art Toronto setup.

The art community comes together.

This year’s installment of Art Toronto had a very different vibe. If you attend the show year after year, as we all do, it’s such a whirl that the years tend to blur together. That’s partly because of the sheer work involved in installing and reinstalling the booth every day. One look at the photo above tells you that prior to the glamour of the public event, there’s lots of labour involved  for every exhibitor as they build their instant gallery. Fun, but loads of pressure.

This year, we couldn’t help but notice a fresh energy about the show.

We saw new galleries, new artists and most importantly, a new generation of young collectors.

In our booth, a very strong cohort of these buyers brought with them both energy and enthusiasm. And, we must add, without blowing our horn too loudly, we had the most successful Art Toronto in years, selling more than 40 works of art – the vast majority of pieces we brought to the show. Of particular interest were the works of Ooloosie Saila. She is only 27 and yet has already established a reputation not just among Canadian collectors, but also internationally. And we are delighted to be presenting a solo show of Saila’s work early in 2019 (stay tuned). 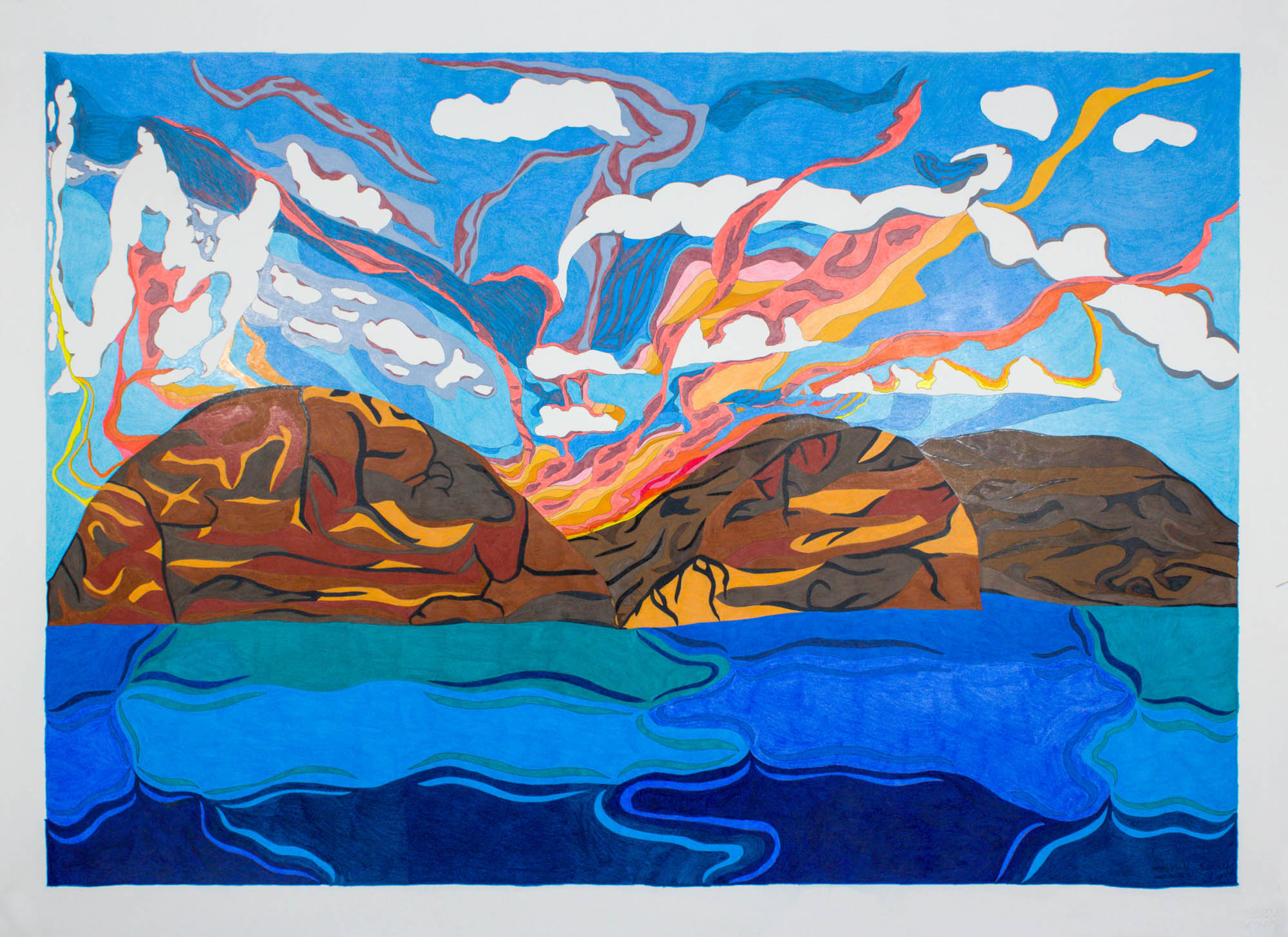 One of the many works by Ooloosie Saila that sold at the Feheley booth as Art Toronto 2018.

It’s so inspiring to be bringing Inuit culture and art to a new generation of collectors. “Nothing could make us more proud,” says Elyse Jacobson.