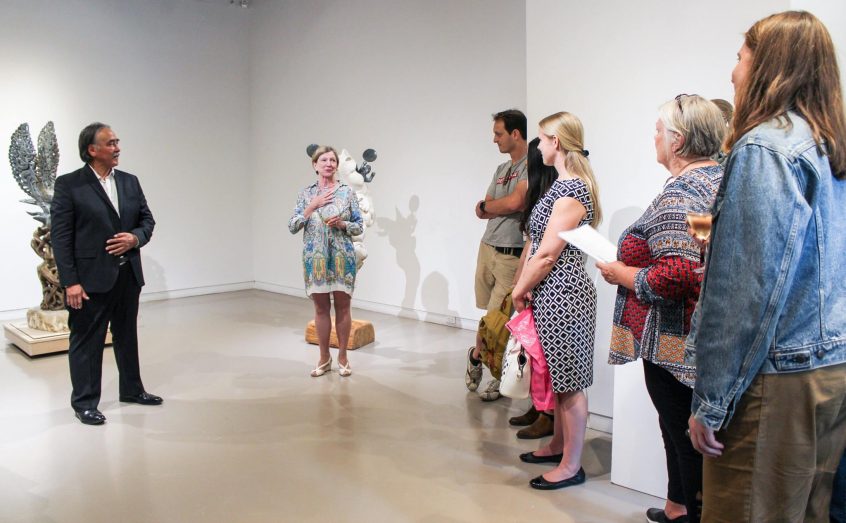 On September 14th Feheley Fine Arts opened Abraham Anghik Ruben’s latest show, Gathering of Spirits, which ran until October 14th.
The opening reception was well attended. The artist was present, and gave a speech about his work, after an introduction by Patricia Feheley. Ruben stayed for the event to mingle with visitors and speak with them personally.

The show features 19 sculptures, most of which are carved in Brazilian soapstone, whalebone, or cast in bronze. With these works, the renowned Inuit sculptor expresses homage to traditional Inuit culture. Memories of life on the land and his family are interwoven with myths, legends, and references to shamanism of the Inuit and the Viking Norse. The historic relationship between these ancient northern cultures is a major theme in Ruben’s art practice, and acts as a backdrop for which this homage to Inuit culture unfolds. 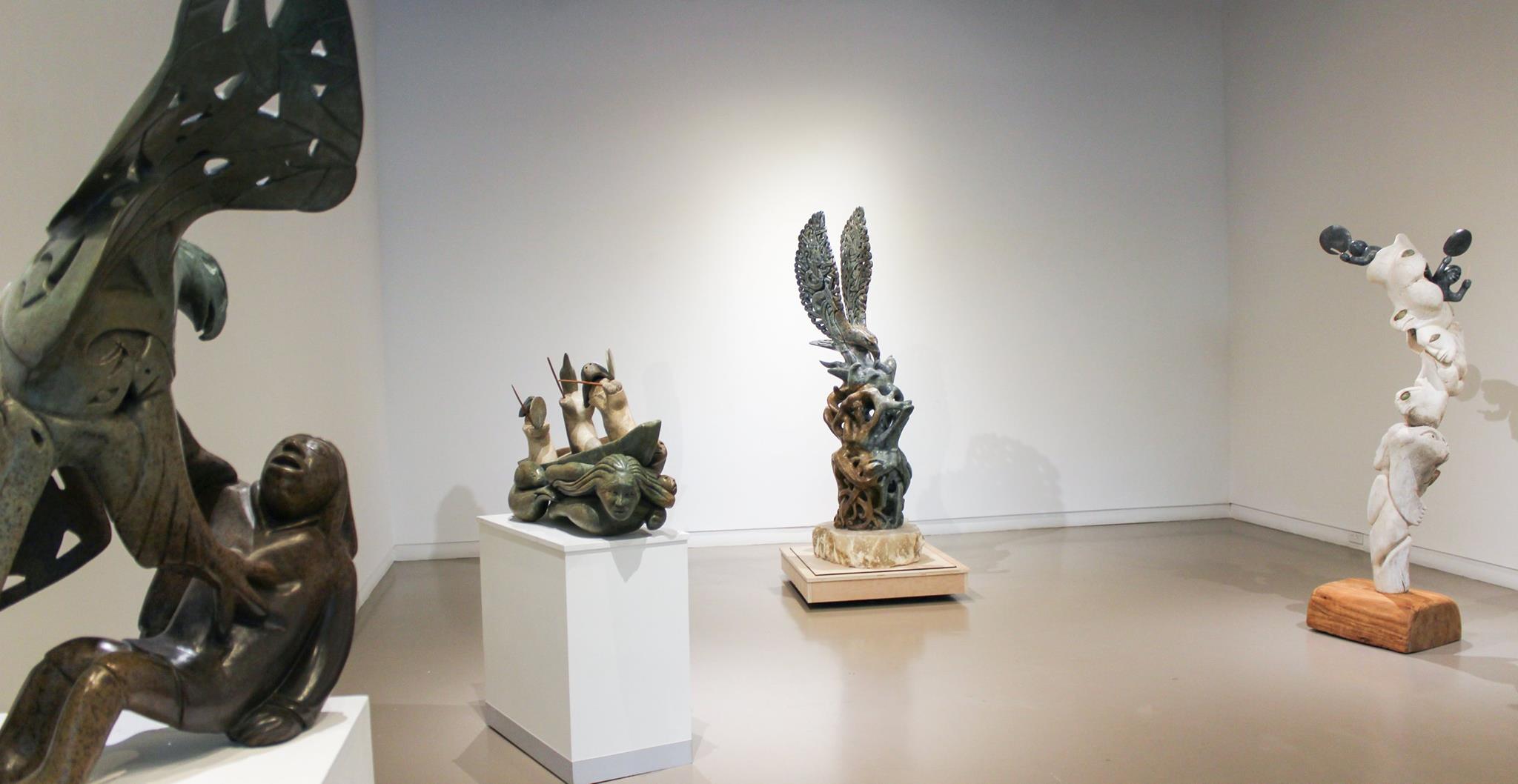 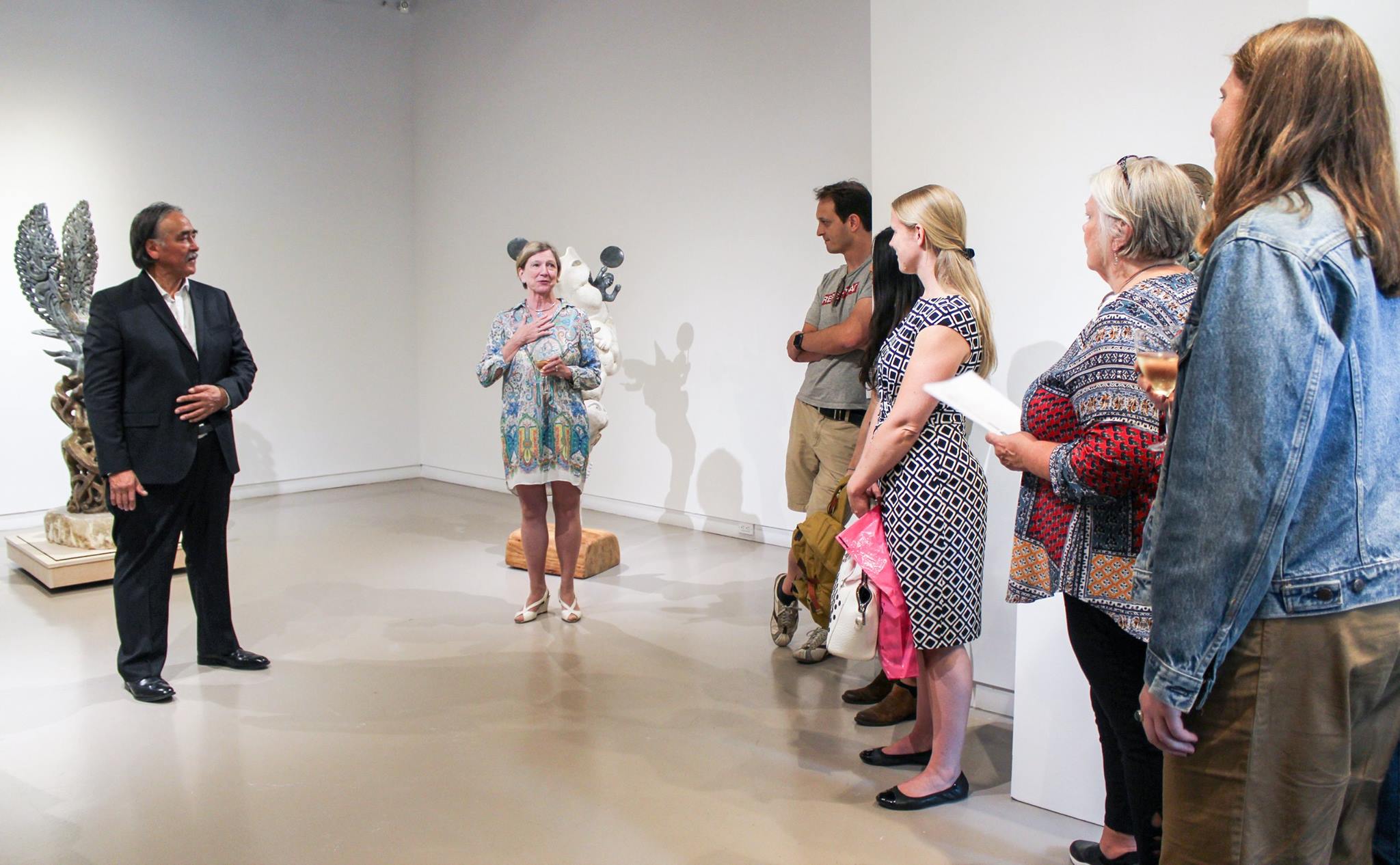 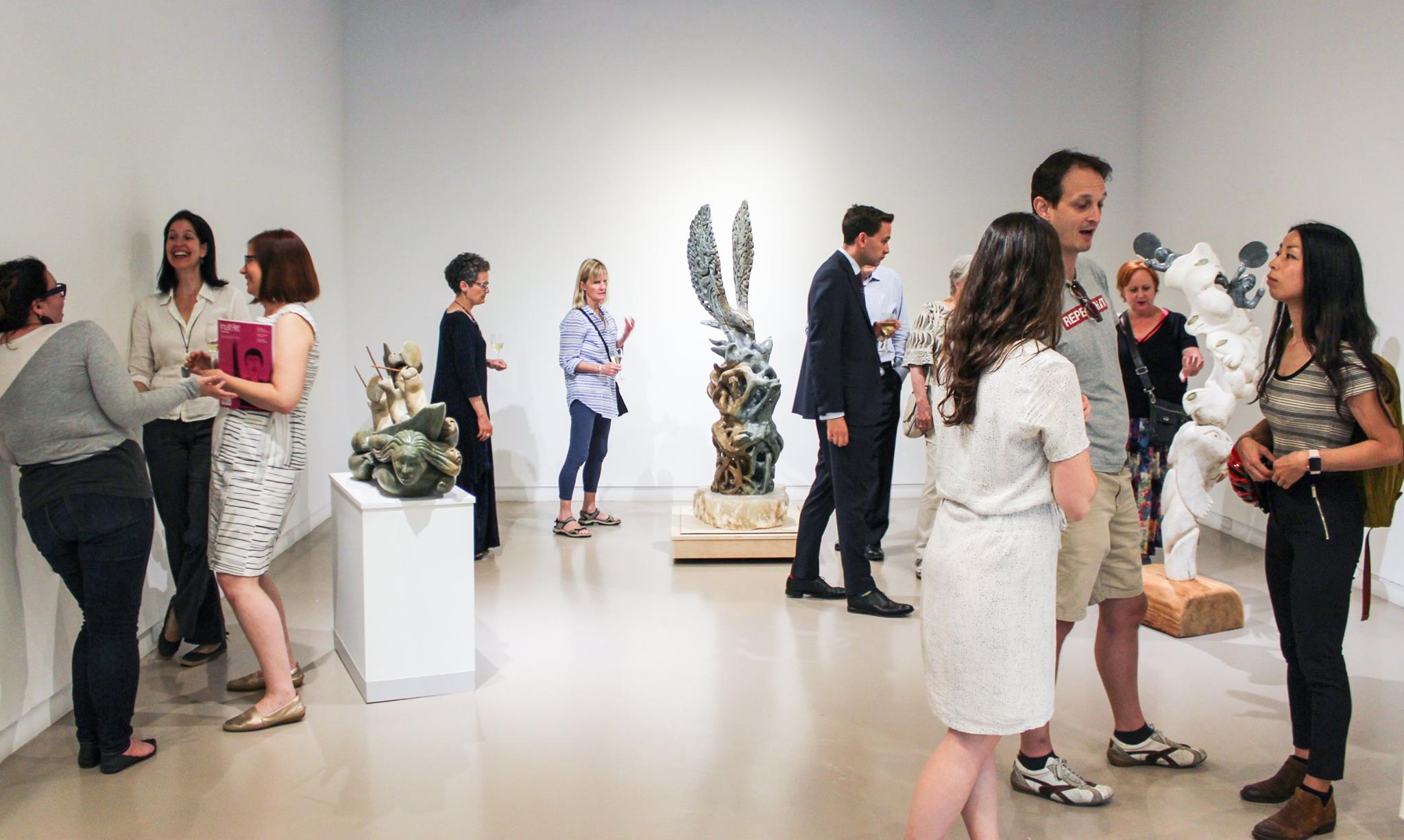 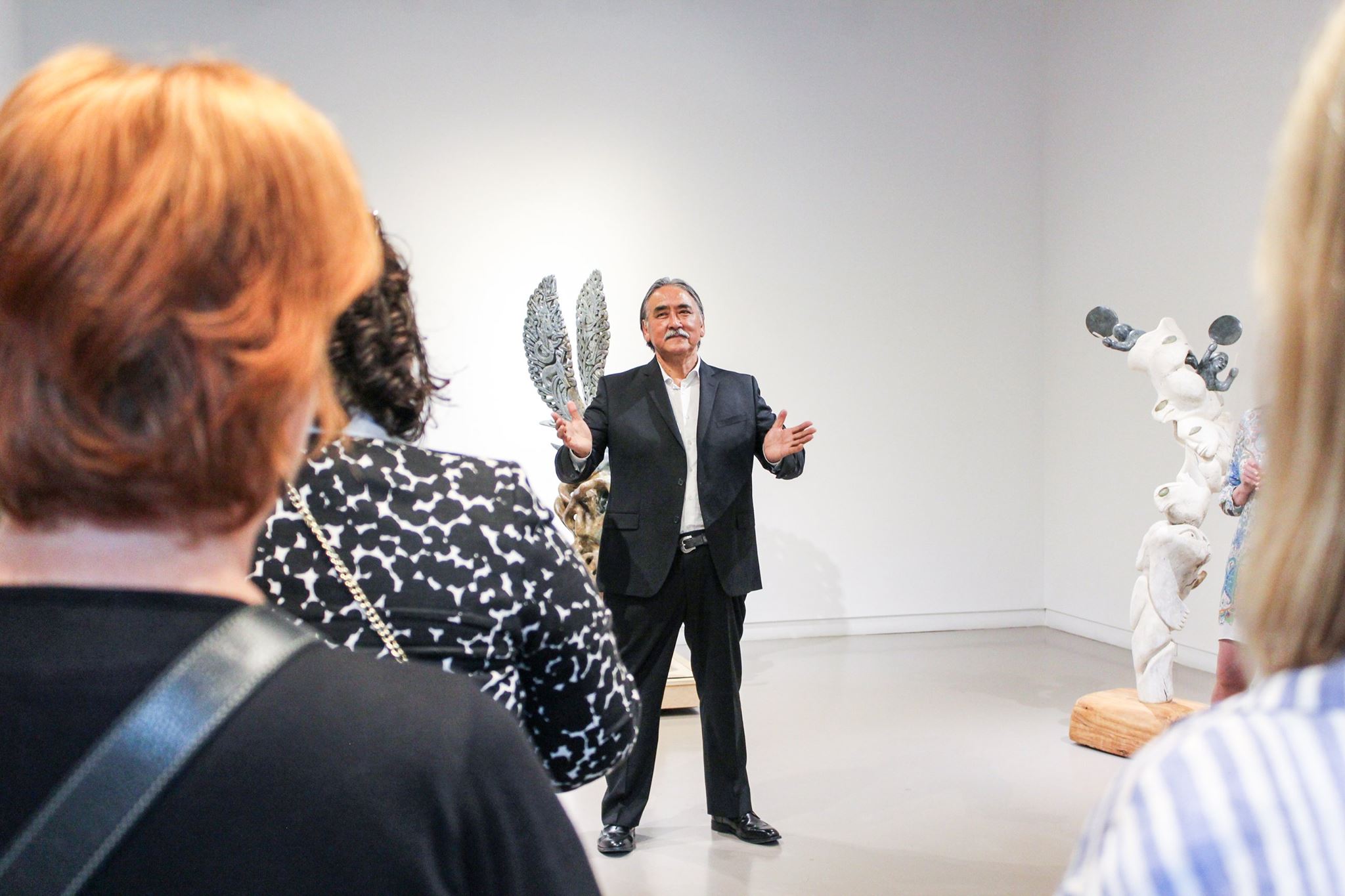 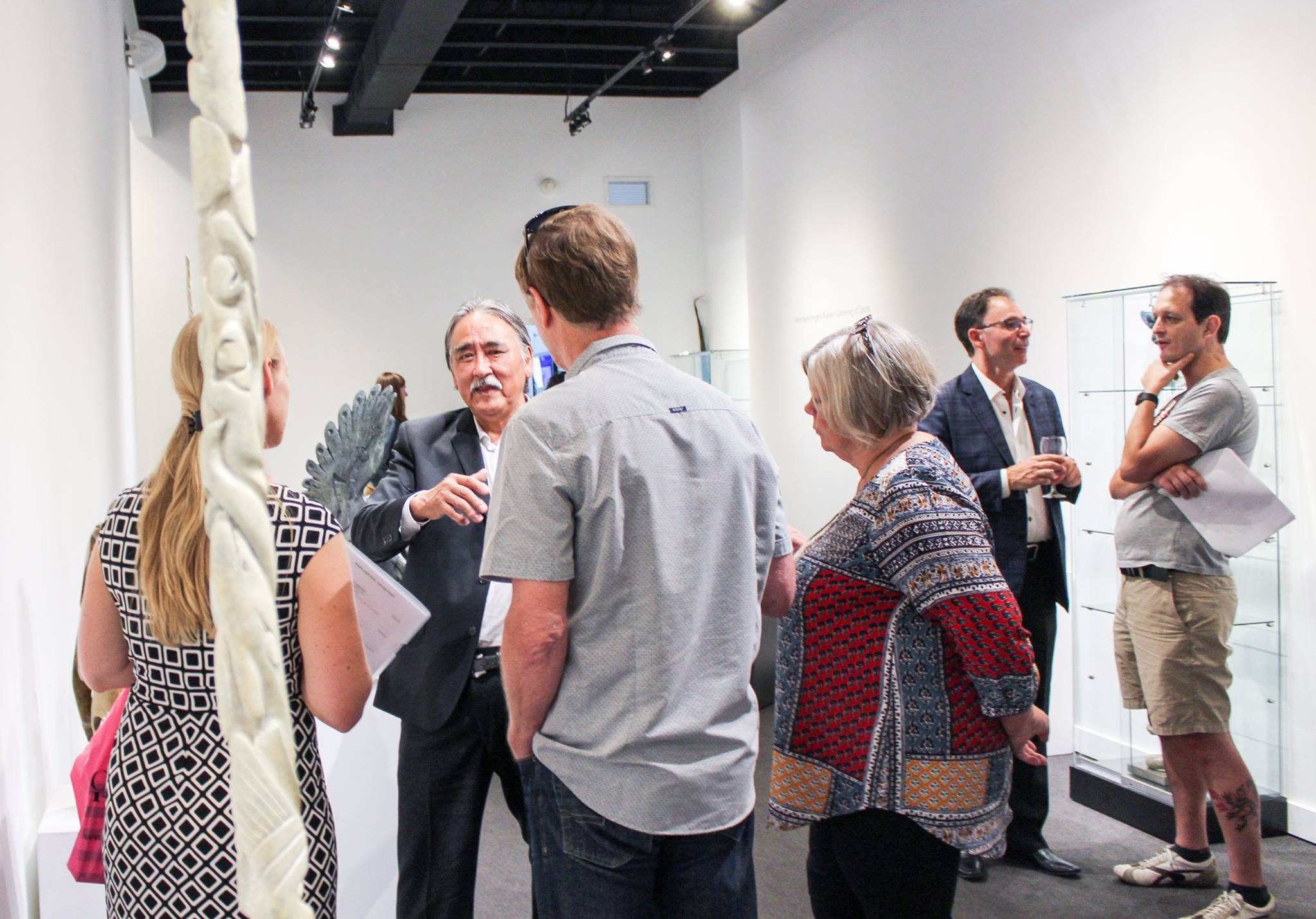